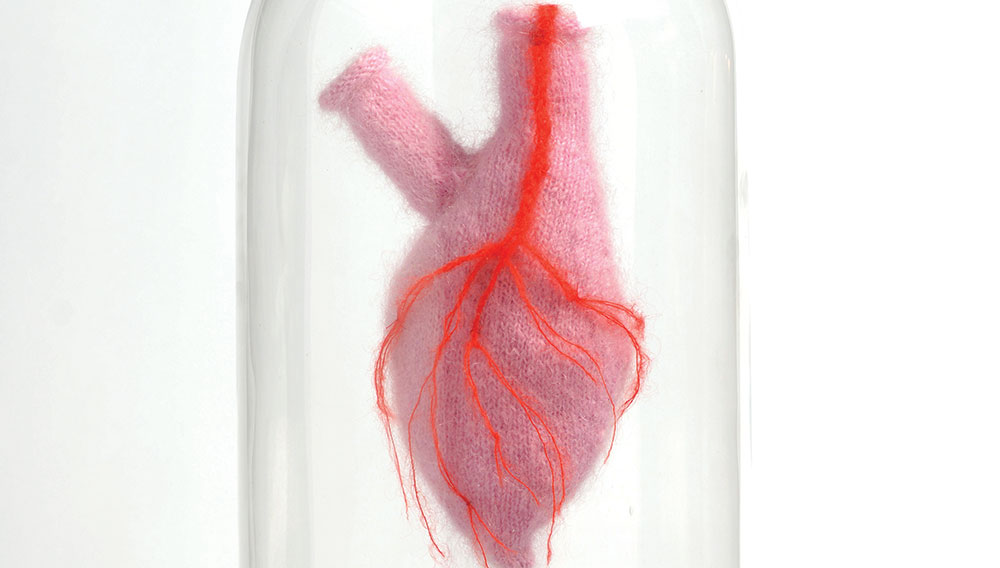 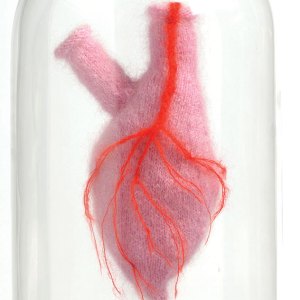 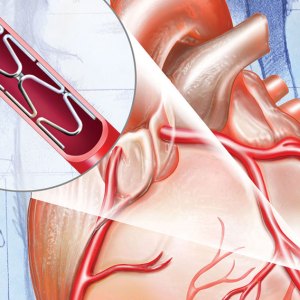 Nearly all adults are at risk for cardiovascular disease, so medicine’s top minds have found new ways to repair the heart and its vessels.

The science of heart health stands as “one of the great success stories in the history of medicine,” says Steven Nissen, MD, chairman of the department of cardiovascular medicine at the Cleveland Clinic. After peaking in the 1950s and ’60s, the number of cardiac-related deaths has dropped dramatically, thanks in part to the decline in smoking, the development of drugs such as statins, and the emergence of techniques including coronary artery bypass surgery, angioplasty, valve replacement, and heart catheterization. But no discussion of heart health should ignore the fact that this disease is largely preventable. “Control of this disease is largely in the hands of the patient,” Nissen says. Research suggests that regular exercise and weight management can reduce heart attack and stroke risk. Yet a staggering 82 million American adults still have cardiovascular disease, and more than 90 percent of adults have at least one risk factor for the disease. This makes it particularly heartening to learn about the incredible advances in the field from some of the best cardiovascular specialists.

A new procedure known as the transcatheter aortic valve replacement (TAVR) was designed for people with aortic stenosis, a condition most common in adults 70 and older. With age, some people develop calcium deposits in their aortic valve, the gateway through which all blood passes before it circulates to the rest of the body.

Calcification makes the aortic valve increasingly narrow and stiff over time, causing blood to back up into the lungs and limiting blood flow to the brain. “About one in 20 patients over age 80 have some degree of narrowing,” explains Jeffrey Popma, MD, director of interventional cardiology at Beth Israel Deaconess Medical Center in Boston. “It’s a common disease in the elderly.”

Aortic valve replacement usually involves open-heart surgery, which poses a problem for patients who are too frail for surgery. That changed in 2012, when the FDA approved the first TAVR device, the Edwards Sapien valve, which is inserted in a minimally invasive procedure through the femoral artery in the groin or a small incision in the chest. A cardiologist and cardiac surgeon work together to place a stainless-steel or chromium-cobalt stent through the existing valve and inflate a tiny balloon to open and position the Sapien valve.

In January the FDA approved a second TAVR device, Medtronic’s CoreValve, a “self-expanding” valve. The cardiac team places it through the diseased valve, removes a protective sheath, and the nitinol frame “displaces the old valve and bounces back to a predefined size,” Popma says. He served as the co-principal investigator and co-author on a recent New England Journal of Medicine study of 795 high-risk patients with aortic stenosis. Half received the CoreValve device and half underwent open-heart surgery, and those with the CoreValve TAVR had a lower risk of death at one year than those who had surgery. It was the first study to demonstrate better outcomes with TAVR than with open-heart surgery.

Yet the TAVR procedure is currently limited to the sickest patients. Popma and his colleagues recommend open-heart surgery in younger, otherwise healthy patients in their 50s and 60s for now. “The TAVR valves are relatively new,” he says. “If a patient is 60 years old, and we want him to live another 30 years, we don’t want to put [in a valve] if we don’t know if it’s going to last.” More durable TAVR valves are in development.

Open-heart aortic valve surgeries are also evolving, says Gregory Fontana, MD, chair of the department of cardiothoracic surgery at Lenox Hill Hospital in New York. Cardiac teams can use minimally invasive techniques to place an aortic valve through a small, three-inch incision in the chest, a procedure that takes less than 90 minutes. Research suggests that this option may carry a lower risk of stroke than TAVR procedures.

One of the most common procedures performed on heart patients today is stenting, using small metal tubes to open clogged or damaged arteries. The FDA approved the first metal stents in 1994, followed in 2003 by drug-eluting stents, which release medication that prevents smooth muscle cells from growing on stent walls. A brand-new bio-absorbable stent from Abbott Vascular, currently in clinical trials, is made of polylactic acid and is designed to dissolve completely over the course of two to three years.

Once the stents dissolve, the blood vessels return to a more natural state, says Paul Teirstein, MD, the chief of cardiology and director of interventional cardiology at Scripps Clinic in San Diego, who is involved in the Abbott Vascular trial. Blood vessels can dilate when more blood is needed during exercise, for example. “It’s generally better to have a vessel that is naturally responsive to stimuli than a vessel constrained by a stent,” he says.

Initial findings show the arteries stay open long after the stent dissolves, Teirstein says, but the current clinical trials will tell us more.

Atrial fibrillation (A-fib) is the most common heart rhythm disorder; a chaotic heartbeat in the heart’s two upper chambers causes heart palpitations and shortness of breath. The irregular jostling can also make blood pool and clots form in a small pouch in the upper heart known as the left atrial appendage. If one of the clots dislodges and travels to the brain, it could spur a stroke, so most patients with A-fib take blood thinners to prevent clots.

But the oldest and most common blood thinner, warfarin (also known by its brand name, Coumadin), is a problematic drug. Diet and other factors can alter its effectiveness, so people with atrial fibrillation on warfarin must have their blood tested as often as once a week. New blood thinners, known as direct thrombin inhibitors, do not require such close monitoring.

Specialists are also hopeful about a newly FDA-approved device known as the Watchman atrial appendage closure device from Boston Scientific. It blocks off the atrial appendage, preventing A-fib-related clots from forming, thus eliminating the need for blood thinners.

Physicians may prescribe medicines to calm the disordered heart rhythms, but only about half of patients respond to the medications, says Francis Marchlinski, MD, director of electrophysiology for the University of Pennsylvania Health System. For more than 15 years Marchlinski and his colleagues have performed ablations, procedures that create strategic scars on the heart muscle. The goal is to wall off the irritable tissue that sparks A-fib. “If we’re effective in creating that barrier, the irritable sites can’t attack the rest of the atria, and the heart stays in a normal rhythm,” Marchlinski says. This procedure controls A-fib in 70 to 80 percent of first-time patients. If the procedure is unsuccessful, or the A-fib returns, patients may need a repeat ablation. In many cases these patients no longer require medication.

Cardiologists are also looking forward to two new drugs currently in development that may lower harmful low-density lipid (LDL) cholesterol by 50 to 75 percent. Known as PCSK9-inhibitors, the drugs are being developed largely by two companies, Amgen and Sanofi. “They are at least as powerful or more powerful than statin drugs, and they can be given with statins for people who can’t get their cholesterol under control with statins alone,” Nissen says.

A new blood test may help spot imminent heart attacks. Cell biologist Peter Kuhn and colleagues at the Scripps Research Institute in La Jolla, Calif., say the test looks for circulating endothelial cells, which break loose from the artery wall as it deteriorates before a heart attack. The test has successfully distinguished recovering heart attack patients from healthy people; the next step is to test it on people with symptoms who have not yet had a heart attack. The High-Definition Circulating Endothelial Cell test is being developed with Epic Sciences in San Diego.

By now, most people know women’s heart attack symptoms can look different than men’s. Women may experience typical symptoms, such as pressure in the mid-chest that radiates to the neck or arms, but they are much more likely than men to have uncommon symptoms: shortness of breath with activity, excessive fatigue, sudden sweating, neck and jaw pain, tooth pain, or pain between the shoulder blades.

Yet there is still an alarming “knowledge gap” about heart disease in women, says Malissa Wood, MD, co-director of the Corrigan Women’s Heart Health Program at Massachusetts General Hospital in Boston. “Women are far less likely to seek medical attention when they have the atypical symptoms, and when they get to the hospital, they’re far less likely to be seen immediately because their physicians do not think they are at risk for heart disease,” Wood says.

Among the challenges: understanding what the symptom of chest pain means in women. Pamela Ouyang, MBBS, director of the Johns Hopkins Women’s Cardiovascular Health Center, says angiograms of women with chest pain often reveal that their coronary arteries are clear. The pain may be caused instead by spasms in their arteries or microvascular disease, “abnormal function in the much smaller arteries downstream, which are so small that they are not easily seen on angiogram.” As a result, diagnosis can be difficult.

While high-tech diagnostic tests abound, Wood says it may be more important for a woman simply to talk with her doctor about her potential risk factors, such as obesity and family history. Wood encourages women to know if they have a family history of high blood pressure, rhythm disorders such as atrial fibrillation, unexplained sudden death in a relative with no prior history of heart disease, premature heart attack or stroke (in a male first-degree relative before 55, and in a female first-degree relative before 65), aortic aneurysm, and valve conditions (such as mitral valve prolapse).

Women should also tell their doctors if they had gestational diabetes, preeclampsia, or hypertension during pregnancy. These disorders “suggest that there is a problem with the endothelium or lining of the blood vessels,” Wood says. “Pregnancy is considered a stress test of the vascular system and the heart, and preeclampsia and gestational high blood pressure or diabetes represent a failure to ‘pass’ this stress test.” Women with these disorders can take steps to prevent later heart disease and stroke.