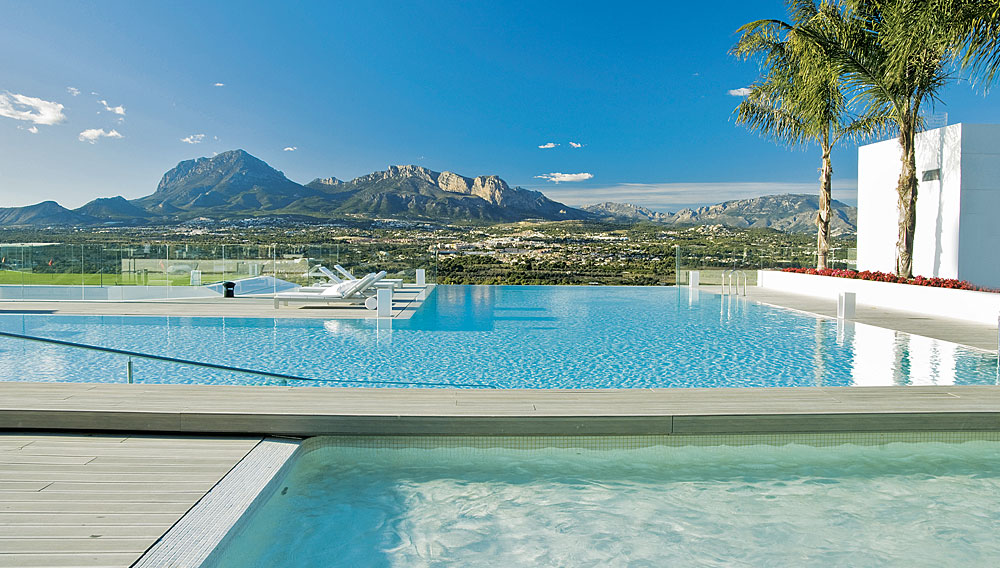 A dietary practice known for its privations—no caffeine, dairy, refined sugar, chemical additives, or nightshades (such as eggplant and tomato)—seems an unlikely basis for a destination spa. But Spanish real estate developer Alfredo Bataller Parietti believes the strict regimen of macrobiotics goes hand in hand with the good life. In May 2009, after using the diet to cure chronic stomach pain that had ailed him since his thirties, Bataller Parietti opened the SHA Wellness Clinic, a $64 million facility south of Valencia, Spain, that makes a bold attempt at combining macrobiotics with luxury.

The Eastern philosophy of macrobiotics advocates a diet of whole grains, beans, dark leafy greens, fish, and other natural foods. Proponents claim the practice can aid in the treatment of heart disease, diabetes, and cancer; Bataller Parietti, who is now in his sixties, says his stomach condition was cured after just one month on the diet.

The SHA clinic, which is located on the site of Bataller Parietti’s former summer home overlooking the Mediterranean beach town of El Albir, focuses on more common conditions, such as fatigue and excess body fat. Guests begin their stay at the 93-suite property with a private meeting with a macrobiotics specialist. The consultants follow the teachings of macrobiotics expert Michio Kushi, who serves as SHA’s holistic director at large. (Kushi is best known for bringing macrobiotics from Japan to the West in the 1960s and for founding a Massachusetts macrobiotics institute in 1978.) Based on their initial meeting and the type of program they select (anti-stress, slimming, detox), guests receive a list of items they can and cannot eat. SHA’s kitchen staff also receives copies of the list and prepares meals accordingly.

To run SHA’s kitchen, Bataller Parietti wooed Pablo Montoro from the famed El Bulli restaurant outside of Barcelona. The chef has handily adapted Mediterranean gastronomy to macrobiotics’ mantra of grains and greens, bringing sophistication and flavor to ingredients such as quinoa and kale. His imaginative dishes, which include roasted artichokes on rice noodles with creamy tofu-sesame dressing, are savory and surprisingly filling.

Aside from healthy meals, a typical day at the SHA clinic might include a fitness class, a lecture or two by a macrobiotics counselor, a walk to the beach, and time by the pool, where guests often compare notes on their progress. An investment executive from London remarked during a recent visit that he had lost 14 pounds in 13 days. The CEO of an international cruise ship company—who was coping with obesity, diabetes, and two heart surgeries—said he lost 22 pounds in two weeks. Back home, he received the first favorable results from his physician in 20 years.

Weeklong programs at SHA start at about $3,390. Accommodations range from studio suites with ocean-view terraces to a two-story presidential suite with a Bang & Olufsen home theater system, a jetted tub, a private pool, and butler service. Such indulgences, says Bataller Parietti, are in no way out of place at a macrobiotics retreat. “Macrobiotics is a way of living, a way of eating,” he says. “For SHA, we just looked for the best in everything.”