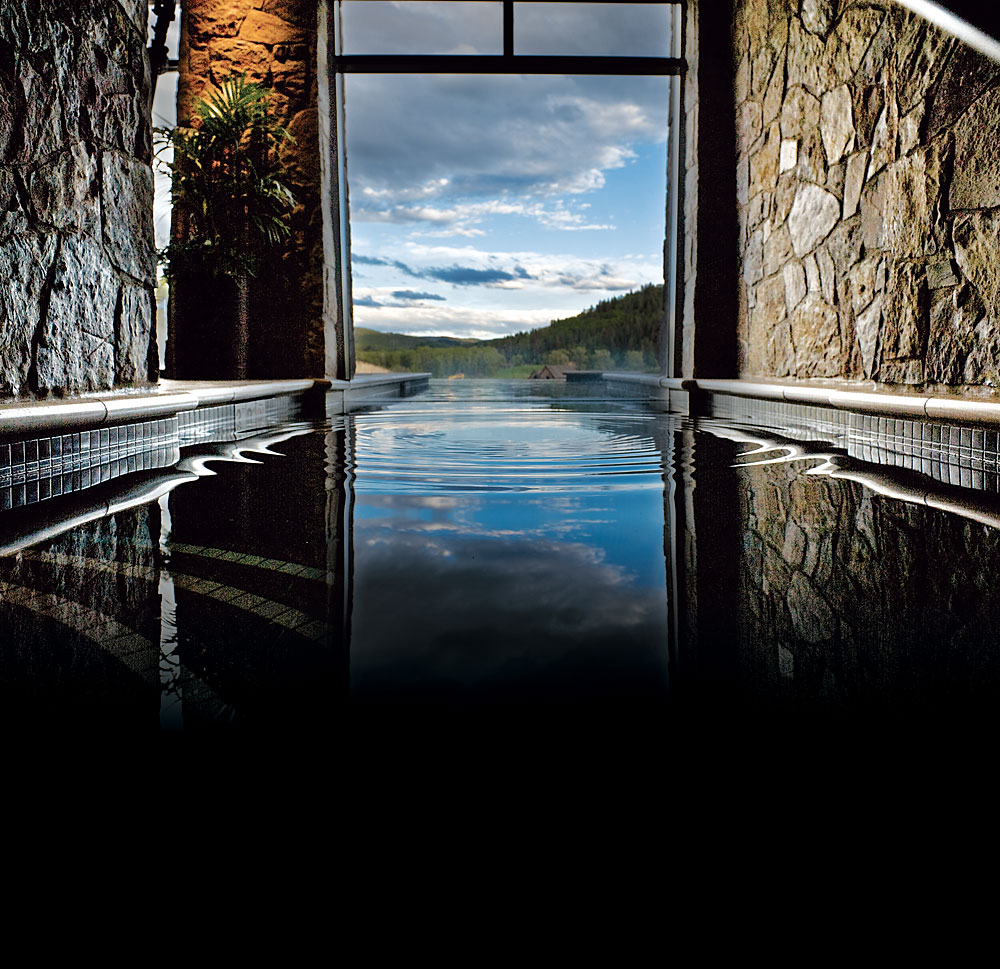 To avoid snagging the cottonwood behind us, Todd Curell, a fly-fishing guide at Three Forks Ranch on the Colorado–Wyoming border, suggests that I face downstream, shoot my forward cast above the narrow river, and then settle my back cast onto the surface of the deep pool. Curell has taught me more about fly-fishing in one day than all the other guides I have fished with combined. With his help, I have caught and released a dozen rainbow trout along various stretches of the Little Snake River, 16 miles of which run through this 200,000-acre working cattle ranch.

Three Forks Ranch, which doubles as an upscale fishing-and-hunting retreat, divides its stretch of the river into 15 “beats” and limits the total number of anglers on the property to 20. “Anglers fish one beat before lunch and another after,” says Justin Flaherty, Three Forks’ assistant general manager, “guaranteeing fresh water every morning and afternoon of their stay.”

The ranch has gone to great lengths to ensure that its water remains fresh: In 1999, Three Forks launched the largest privately funded river restoration in U.S. history, which converted this section of the Little Snake from a shallow, cattle-trampled stretch that could not support a healthy fish population into a narrower, deeper river. The seven-month process revitalized the surrounding habitat to the point where the trout stocked in 1999 have since spawned a self-sustaining fishery. Parts of the river have a manicured look—boulders were placed just so, to ensure proper water oxygenation—but most anglers will not mind the man-made appearance when they are busy landing one of the river’s monster trout.

Visiting fishermen have traditionally stayed in Three Forks’ main lodge and cabins, which are reserved for hunters beginning in the fall—thereby cutting the fishing season short. But last summer, the ranch opened a 30,000-square-foot lodge specifically for anglers. The striking 15-room structure can accommodate as many as 30 visitors (six-night, five-day packages begin at $6,500 per person, based on double occupancy) and features 40-foot-high cathedral ceilings, museum-quality Western artworks, and nine fireplaces throughout the public spaces. Guests dine on duos of elk chop and sausage and other delicacies, and they can retire to a 6,000-square-foot spa and swim in the lodge’s horseshoe-shaped indoor/outdoor pool.

I, however, am here to fish, so when the bites slow, I do not retreat to the lodge. Instead, Curell ties a hopper-dropper combination to the end of my line, I deposit the flies on the river’s surface, and a tug comes instantly. I set the hook and slowly maneuver a monster rainbow to shore. Before I catch my breath, I hook another, then another, then another—all more than 20 inches long. And that’s no fish story.