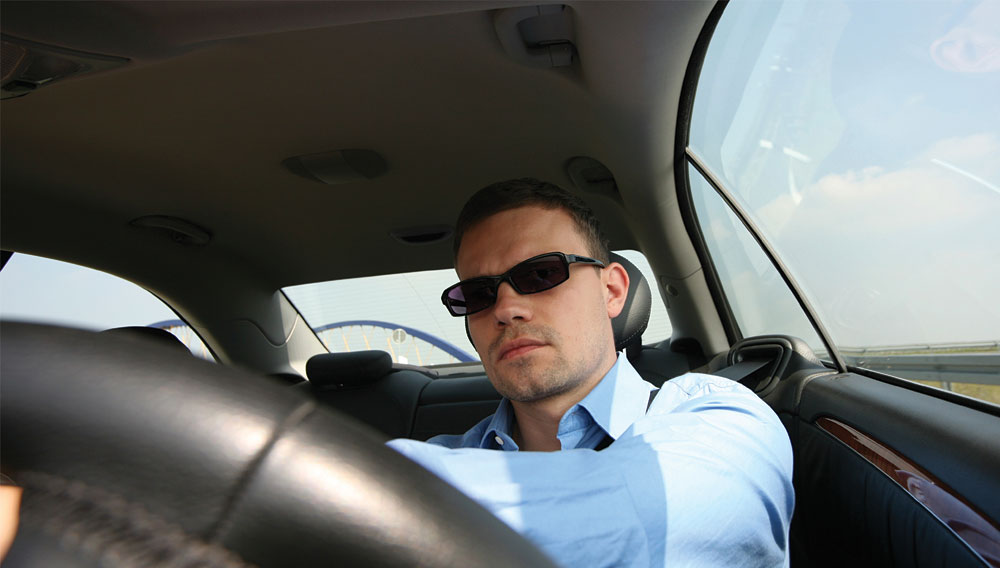 Although legally permitted to drive in the US, people with partial central vision loss (blind areas) in both eyes, due to stroke, or other types of traumatic brain injury, may have difficulty in detecting potential hazards on the road, according to a study by scientists at Schepens Eye Research Institute, a subsidiary of Mass. Eye and Ear and affiliate of Harvard Medical School.  The study, published online on December 6, 2012 and in print on April 27, 2012 in the Journal of Clinical & Experimental Ophthalmology, suggests that such drivers should receive additional education about how their deficit might impact driving as well as a more comprehensive fitness-to-drive evaluation to ensure safety.

“This is significant because these patients are not tested for their blind areas in routine motor vehicle vision tests, and eye doctors are not given clear guidelines for evaluating whether such patients meet the vision requirements for driving in the US,” says Dr. Eli Peli, the principal investigator of the study and a senior scientist and director of the Mobility Enhancement Center at Schepens.

About one-third of people who have a stroke develop what is known as hemianopia, in which half of the visual field in both eyes is blinded because of damage to the vision-processing area on one side of the brain.  In a previous driving simulator study by Peli and Dr. Alex Bowers, also of Schepens, people with complete hemianopia had much greater difficulty detecting road hazards than people with normal vision; they failed to see pedestrians in potentially hazardous situations 35-75 percent of the time.

The current study in the Journal of Clinical & Experimental Ophthalmology is the first to evaluate the hazard-detection abilities of patients who lost vision in part of the central visual field in both eyes following a stroke.  Three participants with this type of visual impairment (who would meet the vision requirements for driving in the US but not in Canada or the UK) performed a driving simulator pedestrian detection task similar to that used in the earlier study of people with complete hemianopia.

During two-one hour sessions in a high-fidelity, high-tech driving simulator, the three participants responded by pressing the horn button as soon as they detected a pedestrian approaching the road from either side.  Pedestrians appeared 104 times, always on a collision course with the driver’s car.   Three age- and gender-matched control participants with normal vision performed the same task for comparison.

The research team found that participants with vision loss were less likely to see pedestrians appearing in the blind area than in the seeing areas in their visual field (90 percent vs. 100 percent), and reacted too slowly when they did see them.  Average reaction time was 1.4 seconds in seeing areas and more than three seconds in blind areas, often too late to stop safely.

According to Dr. Matthew Bronstad (the lead author, a researcher at Schepens, and instructor in Ophthalmology at Harvard Medical School), these results indicate a need for additional testing and training of people with visual field loss following a stroke, even if the loss is only in one part of the central visual field, citing countries such as the UK and Canada that require a special on-road test for such patients to obtain driver’s licenses.

He goes on to say, however, that even on-road tests may not be sufficient to determine a person’s detection ability and response time since in “real-life” driving, these types of hazardous events are uncommon and may not occur even once during an on-road  test.

The authors suggest that driving simulation testing may supplement on-road testing in determining fitness-to-drive for these patients.

“And, those who go on to drive should have additional training to help them use their existing vision more efficiently and safely,” adds Bronstad.

The authors say the next steps in their research include evaluating other groups with partial and even smaller areas of central visual field loss, such as patients with macular degeneration.