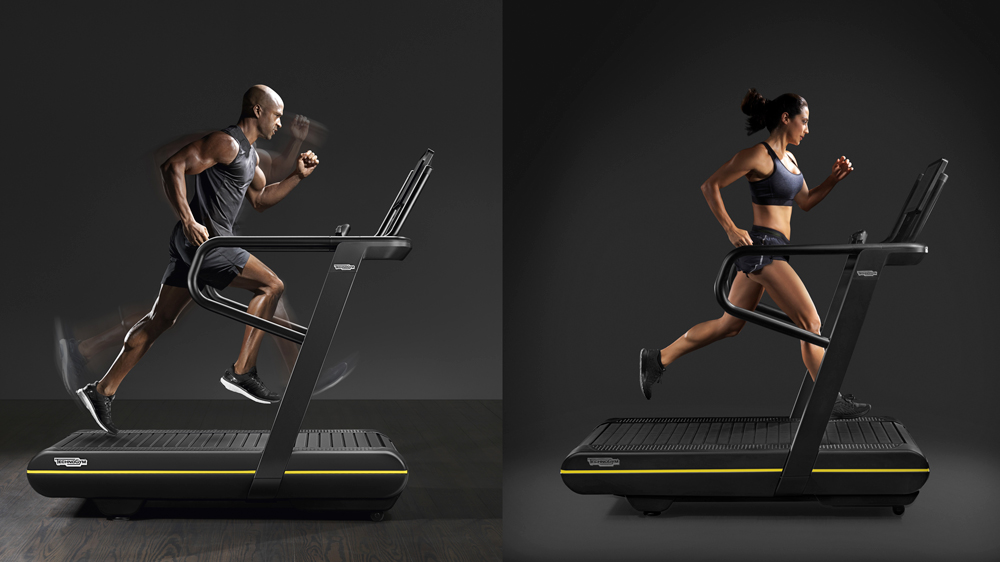 Does anybody love the treadmill? Even the most enthusiastic of runners have, at best, a precarious relationship with the health club’s most pervasive piece of fitness equipment. It’s boring. It doesn’t simulate a real-life run. It is, essentially, a one-trick pony. Yet, for nearly every kind of competitor, it’s a necessary evil.

Bringing the runner’s high indoors, however, is the new SkillRun—a treadmill so versatile and functional, we’d be loath to place it anywhere near the glorified conveyor-belt machines that crowd most gym floors. Launched in January by the Italian fitness gurus Technogym, SkillRun is the third debut from the brand’s Skill line, a collection of training equipment designed in collaboration with Olympic champions. Coming on the heels of SkillMill (a non-motorized tread designed to boost stamina and strength) and SkillRow (an indoor rowing machine), SkillRun aims to improve everything from speed and strength to cadence and agility.

Of course, there are the standard treadmill functions—a large color console, and one-touch controls among them. But it’s the SkillRun’s unique innovations that ensure you’ll never daydream while running on the tread again. You’ll be too busy analyzing your real-time biofeedback, altering your form to achieve the most efficient cadence, step length, ground contact time, and propulsion game. Or, you’ll be doubled over catching your breath after a brutal sled or running-against-resistance (which essentially simulates the conditions of running under water) training session. Or, you’ll be testing your maximum speed in parachute mode, which features a belt attachment to allow for explosive and unrestrained running.

All the bells and whistles make Technogym’s newest piece of equipment the most groundbreaking runner’s toy in years. But SkillRun’s greatest—and, perhaps, most broadly applicable—feature is its ability to simulate an outdoor run. In addition to the highest commercial incline on the market (25 percent), the treadmill’s -3 percent decline (another first) ensures enough uphill and downhill variation to work all of the muscles—and train for virtually any kind of running route. Runners who use Garmin and other run-tracking watches can also upload outdoor routes to be mimicked indoors. Make no mistake: With SkillRun, the days of zoning out to old episodes of Seinfeld while logging an easy 5K are over.