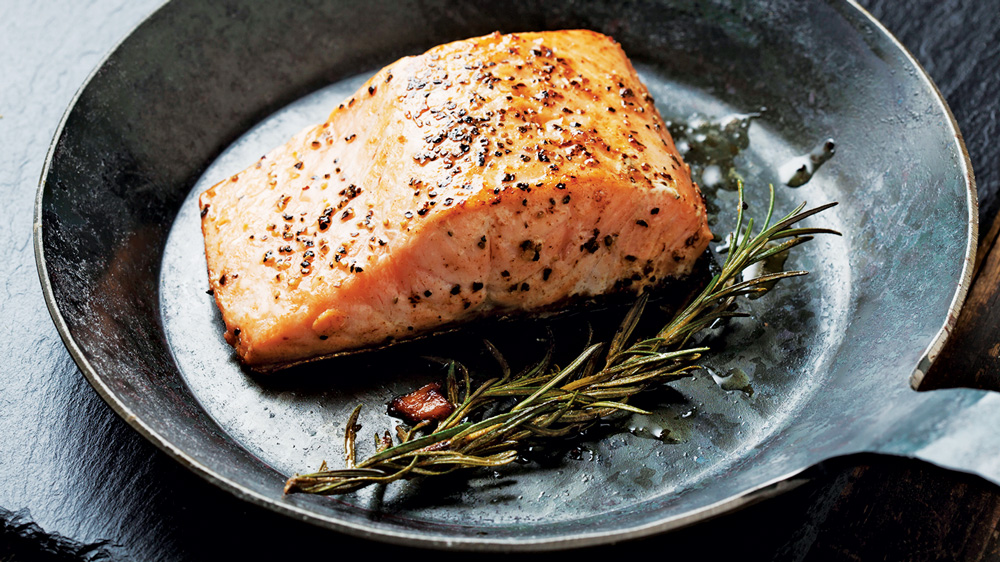 Add a little longevity to your meals with superfoods proven to protect you from head to heart to toe.

To preserve their youth, the gods of Norse mythology ate golden apples guarded by Idun, the goddess of spring. When the trickster god Loki stormed the garden with a giant to kidnap Idun and steal all her apples, the gods immediately began to wrinkle and ache. Understandably upset, they pressured Loki to return Idun to the garden so she could once again tend and distribute her magical fruit.

Sadly, apples of eternal youth exist only in myth. But science shows that some foods do have the power to slow the aging process. Physicians and nutritionists at top institutions note that two principles link many of these superfoods: They quell excess inflammation, which underlies many conditions associated with aging, such as heart disease, cancer, and Alzheimer’s disease. And they contain little sugar, ranking low or moderate on the glycemic index, which indicates how much insulin a food prompts the body to release.

“It’s becoming more and more evident that excess insulin is a major factor in accelerated aging,” says certified clinical nutritionist Nicole Visnic; she is the ambassador of nutrition for LifeSpan Medicine, an integrative medical center in Santa Monica, Calif. Dr. Mark Hyman, director of the Cleveland Clinic Center for Functional Medicine, agrees. “Sugar and starch increase insulin, which we now know is the biggest driver of the diseases that impact aging,” he says. “Sugar and starch should be thought of as recreational drugs—used only occasionally and in small amounts.”

Heart helpers
Given that heart disease is the No. 1 cause of death for men and women in the United States, eating heart-protective foods is key to a long life. “We know that if you have a normal blood pressure, normal fasting blood sugar, normal [hemoglobin] A1c, normal LDL cholesterol, and decreased inflammation, you will have between 75 and 90 percent fewer heart attacks and fewer episodes of atrial fibrillation than the typical American,” says Dr. Michael Roizen, the chief wellness officer at the Cleveland Clinic and a coauthor of Age-Proof. The right foods can help move those numbers into the normal range.

But first, a word about some potentially harmful foods: Research by Roizen’s colleagues at the Cleveland Clinic has found that eating foods that contain carnitine, lecithin, and choline—such as red meat and egg yolks—causes gut bacteria to produce a waste product known as trimethylamine. The body converts that chemical to trimethylamine N-oxide, a substance that stimulates inflammation in the heart and arteries and creates harmful blockages.

For those who are loath to give up the occasional steak or omelet, new research suggests that a substance known as DMB (short for 3,3-​dimethyl-​1-butanol) can halt the conversion of trimethylamine to its artery-clogging cousin. DMB is found in extra-virgin olive oil, and three tablespoons appears to offer enough DMB to counter the inflammatory effects of steak, Roizen says. The origins of the olive oil matter: “You don’t want most extra-virgin olive oil from Italy, because it doesn’t have much DMB in it,” he says. Instead, opt for oil from Turkey, Spain, Greece, or California. Other DMB-rich foods include balsamic vinegar, watermelon, and red wine.

Olive oil has other heart-health benefits, says Dr. Donald Hensrud, medical director of the Mayo Clinic Healthy Living Program. A rigorous study of the Mediterranean diet asked people in Spain who were at high risk for heart attacks and strokes to consume more than four tablespoons of olive oil each day, and it found that they had a 30 percent lower risk of having a heart attack or stroke or of dying of cardiovascular disease than participants on a low-fat diet.

In addition to healthy fats, whole-grain foods—which include all three parts of the grain (the bran, the endosperm, and the germ)—are heart protective. They offer beneficial fiber, which helps lower cholesterol, and B vitamins and magnesium, which are both necessary for cardiovascular health. Whole-grain foods are also filling, making them useful for weight loss. Hensrud suggests adding a variety of whole grains to the menu rotation, such as brown rice, old-fashioned oatmeal, quinoa, faro, and barley.

Small amounts of alcohol (one to two servings a day for men, and up to one a day for women) may also help the heart by decreasing the risk of arterial inflammation, Roizen says.

In addition, Hyman recommends seeking out wild vegetables and fruits when possible; they often contain higher levels of beneficial nutrients. “For example, wild dandelion greens have hundreds of times more antioxidants than spinach,” he says. “Wild blueberries are much lower in sugar and higher in phytonutrients than domesticated blueberries.”

Moringa, a plant with antioxidant-rich leaves, may be an up-and-coming option for anticancer eating, says superfood hunter Darin Olien. While the plant is not yet widely available in the United States, Olien has encountered moringa in countries including India, Indonesia, the Philippines, and Senegal. He describes it as having an intense, peppery bite and more than 25 different antioxidant compounds. He’s working to make moringa more available in the States.

The Brazilian baru nut may offer another way to eat for cancer prevention. Olien was introduced to the nut—which tastes like a cross between a peanut, a sunflower seed, and an almond—in his travels to Brazil’s tropical savanna region. “It’s one of the most nutrient-dense nuts I’ve ever seen,” he says. One 3.5-ounce portion contains more than 20 mg of vitamin E, which more than fulfills an adult’s recommended daily intake of the antioxidant vitamin. That same serving also contains more than 26 grams of cancer-quashing fiber, compared with about seven grams in the same amount of walnuts. Watch for baru nuts to become more available, Olien says.

Brain boosters
Building a diet around anti-inflammatory, low-glycemic-index foods also appears to protect the brain against aging. Research shows that the omega-3 fat DHA is particularly important for cognitive function. To get enough, Roizen recommends eating 18 ounces of wild salmon or ocean trout each week, as these are the only U.S. fish that contain consistent amounts of omega-3s, he says. A study published in 2016 in JAMA found that eating even small amounts of any type of fish reduced the risk of brain changes associated with dementia.

Coffee may also protect mental acuity. Randomized controlled trials found that drinking coffee decreased the incidence of dementia over a nearly 6-year period. Studies show that the brains of regular coffee drinkers have the processing speed of people 6 years younger, Roizen reports. But he warns that coffee benefits only those who are fast metabolizers of caffeine, or who can drink coffee without experiencing headaches, heart arrhythmias, anxiety, or gastric upset. Slow metabolizers should go easy on coffee, he says. Roizen personally drinks an astonishing eight cups of coffee a day. “From a brain standpoint, it looks like more coffee is better,” he says, “and the real benefit has been shown at more than six cups a day.” Now that sounds like a nectar of the gods.