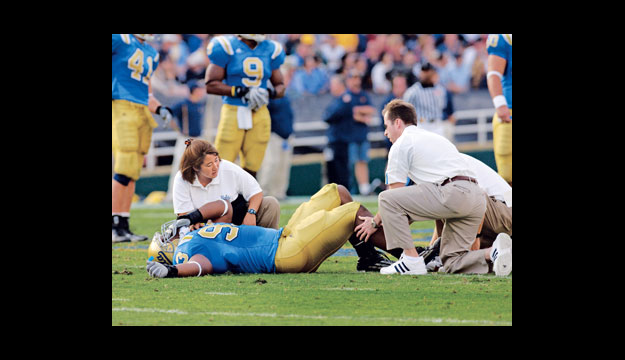 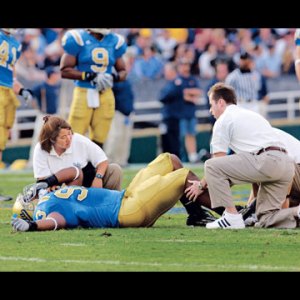 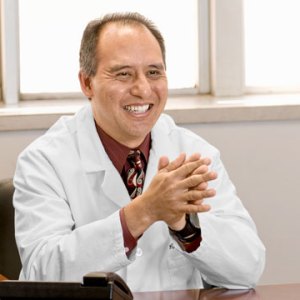 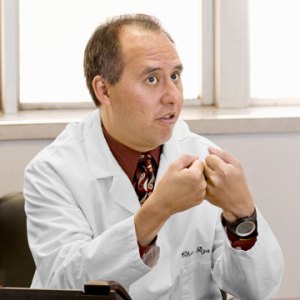 Amid growing concern about concussions in contact sports, many states have passed legislation aiming to protect young athletes. In California, a law taking effect this year requires high school athletes with a suspected concussion to be removed from play and not allowed to return until they receive approval from a physician experienced at evaluating such injuries. UCLA pediatric neurologist Christopher Giza, M.D., points out that a concussion is a brain injury that needs to be taken seriously, and that resuming activity before an evaluation and complete recovery runs the risk of a recurrence and potentially harmful long-term effects.

How has the thinking about concussions changed?

It’s a much more conservative approach now, because we know these symptoms can be longer lasting. In the 1970s, athletes in contact sports who got their “bell rung” would be sent right back out onto the field. We now know that a lot of those rung bells were actually concussions. It used to be thought that if an athlete wasn’t knocked unconscious, he or she didn’t need to be removed. Now we know that less than 10 percent of sports-related concussions involve loss of consciousness. You can’t tell until you evaluate the athlete – checking memory and balance and asking about symptoms.

What are the symptoms to look for?

For most concussions, the main symptom is a headache. Others include dizziness and balance problems, nausea or vomiting, sensitivity to bright lights or sounds, feeling “foggy” and slow to respond to questions, and looking or acting confused. Some people experience amnesia related to the event and/or other memory problems, and some become inexplicably emotional. If you’re a player, a coach or a parent, you don’t need to make the diagnosis but you do need to recognize these signs, and if there is any uspicion, the athlete should be removed and properly assessed.

To what extent can the athlete’s judgment be considered when a decision is being made on whether he or she can return to play?

There is a great deal of under reporting and denial among older kids and young adults in athletics because they are competitive and want to continue. In addition, symptoms can be delayed, so anyone who has taken a blow to the head needs to be observed for at least 15 to 20 minutes. For these reasons, there needs to be a high level of caution on the part of coaches and team physicians, even if the player is claiming to be OK.

What is the typical recovery course after a concussion, and how is it determined when it’s safe to resume with the sport?

After a diagnosis, the athlete should avoid not only physical activity but also any mental tasks that exacerbate their post-concussive symptoms. Most concussive symptoms resolve on their own over 7-14 days. When athletes have no symptoms at rest, they can begin a graded return to activity/play. This is a step-wise plan that advances the complexity of their physical activity while monitoring closely for any return of symptoms. It is best for this return to play to be supervised by a healthcare provider or athletic trainer.

How is it different for athletes who have experienced a prior concussion?

We’re more cautious in clearing them to return. Athletes who have had one concussion are up to three times more likely to sustain another, and to have a more prolonged recovery from any subsequent concussions. Of particular concern are concussions that recur within the same season, often a sign that the athlete was cleared to return too soon. Studies have found that more than 80 percent of same-season concussions occur within 10 days of the first one, when the athlete is most vulnerable. Particularly concerning are the potential long-term neurological effects of multiple concussions, which include a greater risk for cognitive impairment and chronic headaches.

For athletes playing in contact sports, what can be done to reduce concussion risk?

Leagues and schools should enforce safe play. For football that means not using your helmet to tackle, and for other sports it means no flagrant use of elbows to the head. Parents, coaches and school administrators can play a role – when they see unsafe play, they should approach the appropriate official and inquire about it.

How concerned should parents be when they read about professional athletes who develop serious problems after multiple concussions?

Although concussion is a type of brain injury, in the vast majority of cases, with proper care, it will get better with time. Certainly, as a brain injury it needs be taken seriously. We need to recognize when it happens, protect athletes from having a repeat injury, and allow time to recover. But we also know that the natural course is that if we do the right things, they’re going to get better.