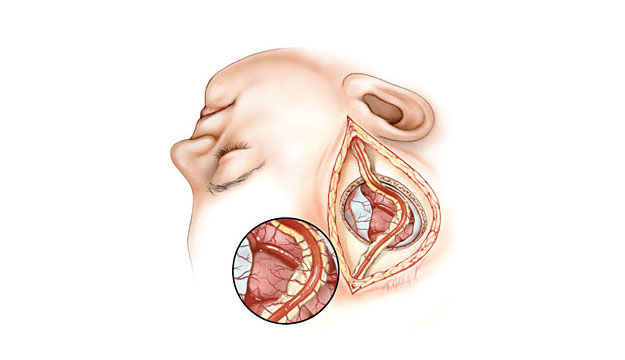 Fifteen years ago, Nestor R. Gonzalez, MD, was at the beginning of a promising medical career in his native Colombia. He was just 26 years old and teaching medical ethics and the history of medicine at Bogota’s University of El Rosario School of Medicine, where he was an associate professor, while completing his residency in diagnostic radiology. And he had just received the prestigious National Radiology Award, conferred by the Colombian Radiology Association for best original research.

But Dr. Gonzalez’s life in Colombia during the 1990s overlapped a difficult and dark period for his country. The decades-long conflict that had raged between Colombia’s government and groups of rural guerrillas was especially intense. Citizens ached from bombings, indiscriminate killings and other violence. Medical and other professionals were particularly vulnerable to kidnapping by paramilitary or guerrilla organizations, leading Colombia to become known as the kidnap capital of the world. One of Dr. Gonzalez’s professors while he was a student, the dean of the medical school, was kidnapped for ransom and killed.

“It was a dangerous period in Colombia for educated professionals,” says Dr. Gonzalez, now 41 and an assistant professor of neurological surgery and radiological sciences at UCLA and holder of the Ruth and Raymond Stotter Endowed Chair in Neurosurgery. “It was a scary time, when the future was not very clear, and you couldn’t count on knowing if you were going to be alive the next day.”

Many Colombians left the country, Dr. Gonzalez among them. He came to the United States, where he believed “one could work hard and make one’s own path.” The national award he had won brought Dr. Gonzalez to the attention of UCLA’s director of interventional neuroradiology, Fernando Vinuela, MD. With Dr. Vinuela’s encouragement, Dr. Gonzalez accepted an appointment in 1999 as a visiting assistant professor in the Division of Interventional Radiology at UCLA.

“I had the option of staying in Colombia and trying to practice medicine in a very limited environment in a country that was unstable and where one’s life was threatened almost every day,” Dr. Gonzalez says. “Or, I had the opportunity to come to the United States and achieve more training and be able to practice medicine at the level that I wanted.”

For two years, Dr. Gonzalez worked side-by-side with UCLA interventionalists and neurosurgeons, treating vascular problems of the brain. Their dedication and close interaction with patients convinced Dr. Gonzalez to make “one of the best decisions of my life.” He decided to complete a residency in neurological surgery and then to pursue a fellowship in endovascular neurosurgery, also known as interventional neuroradiology.

By 2007, Dr. Gonzalez achieved the unique distinction of having completed two separate and distinct residency programs. Today, he is one of a few specialists in the country with the skills to treat cerebrovascular diseases with the use of both surgical and minimally invasive endovascular techniques.

“Due to his dual training, Nestor has the ability to understand the way that blood vessels behave on both the inside and the outside,” says Jeffrey Saver, MD, professor of neurology and director of the UCLA Stroke Center. “As a catheter manipulator, he has a host of tools that he can use to unclog aneurysms. But as a neurosurgeon, he also has the ability to operate on the vessels from the outside and remove tangles of abnormal blood vessels and create new plumbing by connecting brain blood-vessel pipes in new ways.

Building a mental 3D image of blood vessels and the anatomy of the brain is a distinct advantage in Dr. Gonzalez’s work as a neurosurgeon, which also plays a critical role in his current research. Patients who have progressive narrowing of the arteries within their brains are a particularly challenging population for doctors. They are at high risk for recurring strokes, and difficult-to-reach vessels make surgery complex and difficult.

“We have failed with multiple treatment efforts over the last decade,” says Dr. Saver, who collaborates on research with Dr. Gonzalez. “Treatments like aspirin and Coumadin only work to a small degree, and using balloon angioplasty and stenting recently failed in a nationwide trial. So Nestor has developed a new approach to creating a low-pressure network of new blood-vessel connections between the blood vessels of the scalp and those of the brain. It is really a radically new and promising strategy for these patients.”

Called encephalo-duro-arteriosynangiosis surgery (EDAS), the procedure reroutes arteries from in front of the ear that normally go to the scalp inside the skull to encourage the formation of new connections between them and the brain tissue. Rather than trying to fix the malformation of a specific artery, Dr. Gonzalez moves a healthier one – like ivy tendrils that climb up a wall – guiding it to grow where needed. “When time passes, they naturally create new connections and start bringing blood from an alternative route,” Dr. Gonzalez says. “Basically, we help nature to provide additional collateral flow to the brain through these arteries, which otherwise would not be able to do it, as they are separated by the bone and other barriers from the arteries of the brain.”

Because the vessels grow organically from the scalp arteries toward the brain tissue in response to the brain’s demands for oxygen, the procedure, unlike bypass surgery, does not disrupt the patient’s native brain arteries, and the risk of stroke is low.

This procedure had been used successfully with pediatric patients in Japan, but it had not been widely applied or tested in adults. Dr. Gonzalez’s work has put UCLA at the forefront in the application of this technique. A recent study of approximately 20 of his patients who received the surgery showed good results and demonstrated the safety and effectiveness of the surgery in patients with atherosclerotic disease. Based on the results of upcoming trials with a larger population, the next step would be to conduct a phase-3 multicenter trial that includes other institutions across the country.

His work has attracted national attention. “Nestor’s research is certainly innovative and very promising, and he is courageous enough to undertake it,” says Mario Zuccarello, MD, chairman of the Department of Surgery at the University of Cincinnati. “It’s the application of this approach to those patients that clearly shows he is a forward thinker. He has a very inquisitive mind and asks questions that not everyone asks.”

In addition, Dr. Gonzalez is working with Luisa Iruela-Arispe, PhD, in UCLA’s Department of Molecular Biology, to understand the molecular biology underlying the growth of blood vessels in response to increased blood flow. “If we can better understand the molecules that are involved in the growth of those new arteries,” says Dr. Gonzalez, “then we could manipulate them to make that growth happen faster or stimulate them in patients who are typically not responsive.”

As passionate and driven as he is today, Dr. Gonzalez had no clear career path growing up. As a youth, he excelled in mathematics and considered becoming an engineer like his father. But he was also artistic, like his mother, and enjoyed painting and building models. “I was also good in biology and found the complexity of living systems amazing,” Dr. Gonzalez recalls. “It was a conundrum because I didn’t know what to do.”

Then, the answer appeared with certain clarity: If he became a doctor, he could combine all three of his passions. “You use the same scientific approach you would in mathematics and biology but are also able to be creative and do things with your hands,” he explains. “Nothing else offered me the possibility of putting all three things together.” The concept of practicing medicine was not new within his family; his grandfather had been a doctor.

After earning an undergraduate degree at the age of 16, he enrolled in medical school. The University of El Rosario was founded in 1653, and it is known as “the cradle of the republic” for its significance in Colombian history. More than two dozen of the nation’s presidents were schooled there. The medical school only accepts about 50 students per year, and approximately half graduate with each class. When Dr. Gonzalez graduated at the age of 22, he had earned the highest grades ever attained by a student in the history of the medical school.

Following graduation, Dr. Gonzalez interned in the surgery department of the Fundacion Santa Fe de Bogota, where he became particularly interested in vascular surgery; however, he realized as his internship was coming to its end that the introduction of new technology and procedures was dramatically altering the field. “Endovascular surgery – operating on veins and arteries from the inside – was going to change the way surgery was done,” Dr. Gonzalez says. He decided to pursue a career in radiology.

Simultaneous to completing his residency in radiology, Dr. Gonzalez had an interest in medical history and ethics that led him to enroll in the University of El Rosario’s School of Law where, in 1996, he received a diplomate in medical legislation. He was appointed editor of the Heraldo Medico, a journal devoted to legal and ethical issues in medicine, and he further cultivated that knowledge by teaching medical ethics and the history of medicine.

“History teaches us the mistakes and the successes of our predecessors,” Dr. Gonzalez says. “By reapplying those lessons in a new way, one can change the field of medicine; however, everything we do needs to be governed by a deep commitment to be good to other fellow humans; everything we do should be for the benefit of our patients.”

Along with Jose F. Patiño, MD, a key leader in the modernization of medicine in Colombia, and members of the surgery department at the Fundacion Santa Fe de Bogota, Dr. Gonzalez helped produce a manual on procedures for operating rooms. It was groundbreaking and became widely adopted throughout Latin America.

Dr. Gonzalez anticipates becoming a U.S citizen in 2015. But he has not forgotten about his homeland, and he has continued to help develop the field of medicine in Colombia.

After a decade in the United States without returning to Colombia due to safety concerns, Dr. Gonzalez went there for his brother’s wedding in 2011. That visit spurred an invitation from Dr. Patiño to help establish the Center of Excellence for the Management of Acute Stroke in Bogota – the first center of its

kind in the country. Dr. Gonzalez led a series of conferences and lectures on stroke-related issues, and he has helped create a public-service announcement on stroke awareness that aired on Colombian television.

His cumulative work has gained Dr. Gonzalez an international reputation that only promises more for the future, says Dr. Giuseppe Lanzino, MD, professor of neurosurgery at the Mayo Clinic. “He is one of the few surgeons of his generation to be very successful in performing some true research,” Dr. Lanzino says. “Considering his relatively young age, that’s a big achievement.”

Marina Dundjerski is a freelance writer in Los Angeles and the author of UCLA: The First Century (Third Millennium Publishing Ltd., 2012).