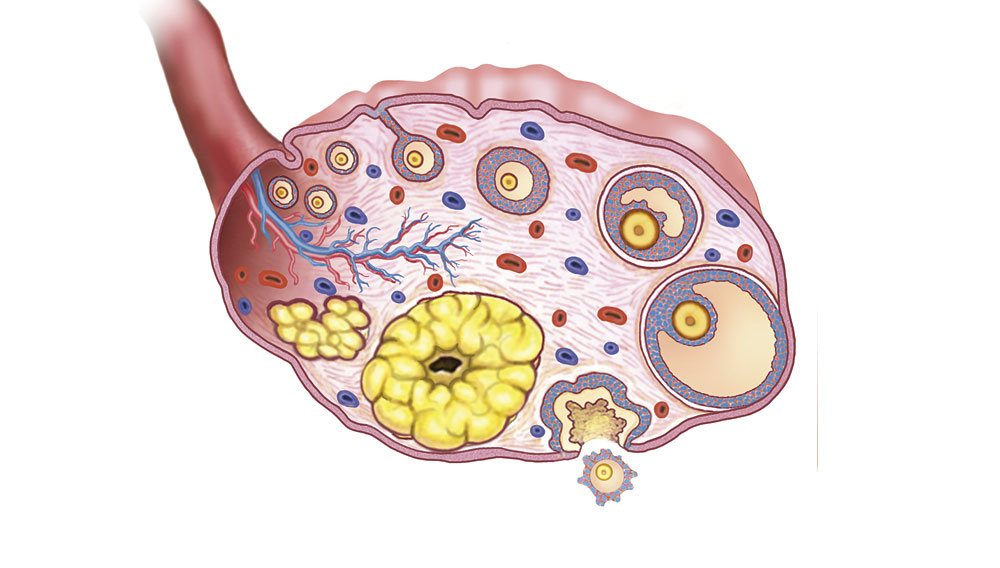 When actress Angelina Jolie disclosed last spring that she had undergone a double mastectomy and intended to have her ovaries removed as prophylactic measures to reduce her risk of inherited breast and ovarian cancer, it put a prominent public face on the potential value of genetic testing and counseling. While genetic testing for breast cancer has received more attention, genetic testing for ovarian cancer is also important — particularly given the lack of an effective early screening test for the disease.

Women with personal or family histories of ovarian cancer in first- or second-degree relatives are encouraged to seek genetic counseling and testing, says Erin O’Leary, a certified genetic counselor with UCLA’s Jonsson Comprehensive Cancer Center. Also, women with strong family histories of breast cancer, especially breast cancer at young ages, or in male relatives, may benefit from testing. For women who have already been diagnosed, the testing can pinpoint the potential genetic cause so that family members can be tested for the same mutation to determine their risk for developing cancer and to make informed, proactive and preventative medical-management decisions.

For healthy women who are seeking counseling and testing because of a family history, a number of genetic factors known to predispose women to ovarian cancer are considered. The most common are BRCA1 (the mutation for which Jolie tested positive) and BRCA2, which can increase a woman’s lifetime risk for breast cancer to approximately 60 to 85 percent and for ovarian cancer to 15 to 40 percent. But O’Leary notes that ovarian-cancer risk is also tied to hereditary colon cancer and other genetic syndromes, and roughly 10 percent of patients who test negative for the BRCA mutation but have a strong family history will have a mutation in another gene associated with the disease. Because as many as half of early stage, treatable ovarian cancers are not detected even by the most vigilant screening efforts, experts recommend that when testing indicates a woman is at a markedly high risk for ovarian cancer, she take preventative measures — removal of the ovaries and fallopian tubes after completing childbearing, ideally by the age of 40.

For the last several decades, the prognosis for ovarian cancer has remained largely unchanged. Efforts to detect the disease while it is still at an early, treatable stage continue to prove elusive, and little progress has been made in developing effective therapies. Now leading researchers in the field, including a group at UCLA, suspect they know why: they’ve been looking in the wrong place. “We’re learning that the most common and aggressive type of ovarian cancers, called serous tumors, originate not in the ovary but in the neighboring organ, the fallopian tube,” says Sanaz Memarzadeh, MD, PhD, a UCLA gynecologic oncologist and researcher.

Much of the investigative effort is now focused on understanding the cells within which the tumors originate, which can lead to better biomarkers for early detection of disease. Dr. Memarzadeh and her colleagues recently identified a population of stem-like cells in a human fallopian tube. Guided by the profile of these cells, they are starting to isolate the most aggressive and regenerative cancer cells in human serous tumors, with the goal of targeting them for therapy.

Risk of Cancer with BRCA1 and BRCA2 Mutations

Either parent can pass on BRCA1 or BRCA2 mutations

Mutations in the BRCA1 and BRCA2 genes are inherited in autosomal dominant fashion — offspring and siblings of known mutation carriers have a 50% chance of also having a mutation. Both male and female carriers of BRCA1 and BRCA2 mutations may pass these on to their offspring.