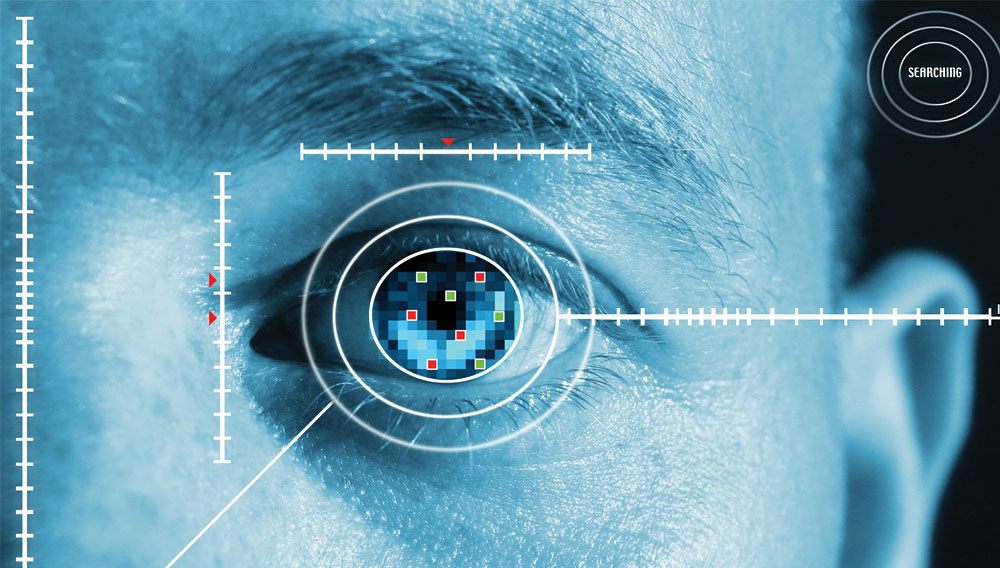 Glaucoma is the second-most-common cause of irreversible blindness in the United States. It develops when pressure inside the eye is too high for the optic nerve to tolerate over the long run. The prevalence of this chronic disease increases with age, affecting nearly 1 percent of people 40 years and older and 2-to-4 percent of people 65 years and older.

There is no cure, but further vision loss can be prevented if disease progression is detected early and appropriate treatment is administered.

“When you lose optic-nerve fibers from glaucoma, whatever is lost is lost forever,” says ophthalmologist Kouros Nouri-Mahdavi, M.D., M.Sc., a glaucoma specialist at the Jules Stein Eye Institute (JSEI) at UCLA. “Even when patients know they have glaucoma, they really cannot tell if it’s getting worse because the damage is often asymptomatic.”

The front part of the eye is filled with fluid. This fluid is constantly secreted into the eye, circulates and then drains from the eye. Anything that impedes the flow of this fluid out of the eye causes pressure to build up, which can damage the optic nerve. With progressing loss of nerve fibers over time, the appearance of the optic nerve begins to change. Optic-nerve injury from glaucoma can be detected with simple, noninvasive tests and is easier to treat in the early stages of disease, before the optic nerve becomes too damaged and the visual field (peripheral vision) becomes significantly impaired, according to Dr. Nouri-Mahdavi.

“In some patients, by the time we catch glaucoma progression, the patient has lost significant vision unnecessarily,” Dr. Nouri-Mahdavi says. “We have to detect glaucoma earlier so we can intervene earlier. But this is no easy task.”

Dr. Nouri-Mahdavi recommends that some patients be evaluated once every six months with visual fields, rather than annually, for continued damage to the eye. Using data from the Advanced Glaucoma Intervention Study, Dr. Nouri-Mahdavi and his colleagues at JSEI recently demonstrated that increasing the frequency of testing led to earlier detection of glaucoma progression in some patients. They published their findings in the Archives of Ophthalmology.

“Not every glaucoma patient needs intensive monitoring and follow-up, but we found that six-month follow-up was preferable in selected patients,” he says.

Once disease progression is detected, the treatment includes adding eye drops or performing a procedure called laser trabeculoplasty. It uses a high-energy beam of light to facilitate fluid drainage from the eye and lower the intraocular pressure. Alternatively, some patients need surgery to decompress the eye and significantly bring down the eye pressure.

“We now have many tools in our toolbox to detect and treat glaucoma,” Dr. Nouri-Mahdavi says. “If patients are seen regularly and comply with their doctor’s instructions, the chances of going blind from glaucoma are actually very low.”