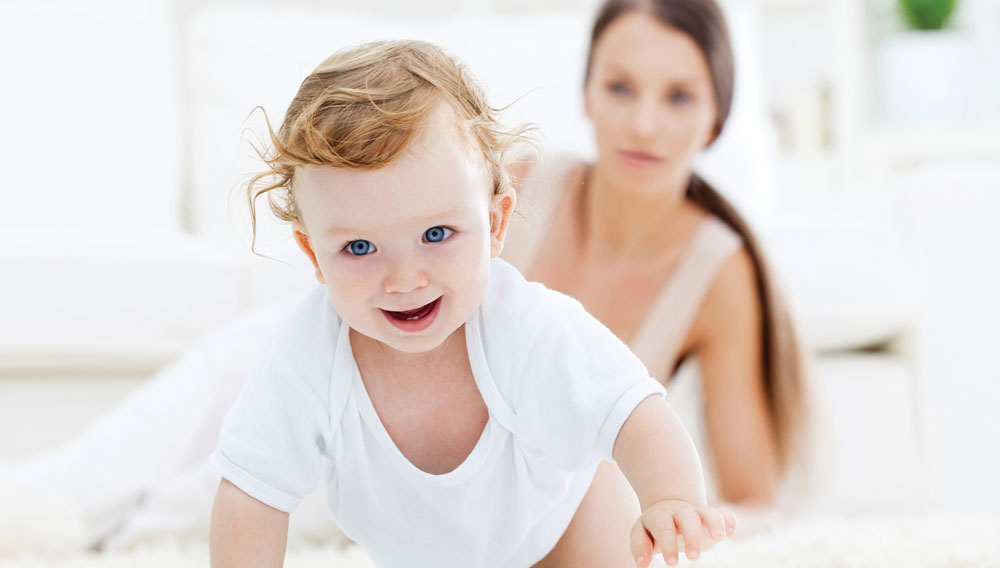 Postpartum depression (PPD) is a common problem after pregnancy that may be triggered when high levels of estrogen and progesterone abruptly return to normal within 24 hours after childbirth. An estimated 13 percent of pregnant women and new mothers experience PPD, but experts say that number may be much higher because many women go undiagnosed.

“We ask every woman who comes into labor and delivery specific questions to identify potential psychosocial problems and history of depression,” says Deborah Suda, RN, MN, director of the perinatal unit at Ronald Reagan UCLA Medical Center. “Our goal is to screen for PPD-related risk factors and to educate women about symptoms related to depression during and after pregnancy, but the reality is that most patients won’t experience PPD symptoms until they return home.”

In fact, symptoms that include insomnia, irritability, mood swings, crying and feeling sad, anxious or overwhelmed are considered normal immediately after childbirth but usually ease within two weeks. PPD symptoms last longer, are more severe and may begin anytime during the first year after childbirth. The most common PPD symptoms are self criticism (or feeling like a bad mother), inability to sleep when the baby is sleeping, worry about the baby’s well-being, sadness, anxiety and feeling overwhelmed. When women experience more severe signs of depression or when symptoms persist beyond two weeks, experts recommend evaluation for PPD.

“Before we discharge new mothers from the hospital, we give tools, including a short questionnaire that may be self-administered to help them understand if what they’re feeling is normal or PPD, and information about where to turn for help,” Suda says.

“If motherhood doesn’t immediately feel like Nirvana, many women feel there’s something wrong with them,” says Angela Farrell, LCSW, who treats PPD and facilitates UCLA’s support group for women with depression during pregnancy or postpartum. “PPD does not mean you’re a bad mother,” she says.

Certain women are at greater risk for developing PPD, including women with a personal or family history of depression, other mental illness or substance abuse, those experiencing pregnancy-related anxiety, marriage difficulties, financial problems or stressful life events, and women who are younger or lack support from family and friends.

“During the postpartum period, women need a protected nest for a while so that they can nurture themselves and their child,” Farrell says. “Without a community of support, even the most dedicated of mothers can have PPD symptoms erupt.”

Depending on the severity of illness, women experiencing PPD may be treated with cognitive behavioral therapy, which is noninvasive, short-term therapy that helps to address depression as well as anxiety, sadness and sleep deprivation; supportive group therapy; couples or family therapy; along with medications appropriate for a wide spectrum of PPD symptoms.

“PPD is treatable and does not mean a woman will be depressed for the rest of her life,” Farrell explains. “If a woman suspects she has PPD, she should seek help immediately from her obstetrician, her child’s pediatrician or mental health professional because there is nothing more debilitating for a new mother than having to keep depression a secret.”