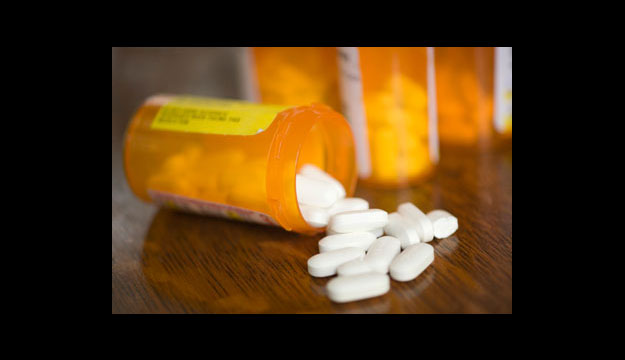 An estimated 20 percent of people in the United States aged 12 years or older report having used prescription drugs for nonmedical reasons at least once in their lifetimes, which ranks prescription-drug abuse second only to marijuana abuse among illicit drug users. As a result, hospital admissions, emergency-room visits and overdose deaths related to prescription-drug abuse are on the rise. People at greatest risk for problems are those who are younger, have previously been addicted to other drugs or alcohol and are prescribed opioids (hydrocodone, oxycodone, morphine, codeine and related drugs) for non-cancer chronic pain.

“Many of these patients were prescribed pain medications for legitimate reasons,” explains Keith Heinzerling, MD, medical director of the UCLA Center for Behavioral and Addiction Medicine. Back, musculoskeletal, head, neck and abdominal pain are common reasons for prescribing pain relievers to patients with non-cancer chronic pain, he adds. “The problem occurs when patients end up on high doses of opioids very quickly and need to escalate the amount of medication they take to obtain similar relief,” he says. Patients may also begin to self-medicate for other reasons, such as to treat depression, anxiety or insomnia.

“If patients start requesting refills early or higher dosages of their prescriptions, those are early warning signs that things could be getting out of control,” Dr. Heinzerling says.

Treatments for chronic-pain patients with opioid addiction include use of alternative pain-management strategies, such as behavioral or physical therapies, acupuncture or substitute medications. On the other end of the spectrum are patients undergoing treatment for cancer, who sometimes underreport pain because they fear addiction.

“The available evidence suggests that prescription-drug abuse is not highly prevalent among palliative-care patients,” says Thomas Strouse, MD, Maddie Katz Professor of Palliative Care Research and Education and medical director of the Stewart and Lynda Resnick Neuropsychiatric Hospital at UCLA. “Most patients using opioids for cancer-related pain report that the medications provide pain relief but do not produce an experience of euphoria.”

Despite being less prevalent, prescription-drug misuse, abuse and addiction is possible among cancer and other palliative-care patients and requires that physicians screen patients carefully for risk behaviors and engage in frank discussions with their patients about the risks and benefits of possible therapies before selecting an appropriate treatment, according to Dr. Strouse.

“The real epidemic is deaths due to prescription drug abuse,” says Karen Miotto, MD, director of the Alcoholism and Addiction Medicine Service in the Jane and Terry Semel Institute for Neuroscience and Human Behavior at UCLA. “Many patients have an illusion of safety with regard to prescription drugs, but it is often a combination of controlled and uncontrolled substances that leads to death.”

According to Dr. Miotto, numerous prescription drugs, over-the-counter medications and other substances, when combined, are potentially lethal. For example, opioids should not be used with sedatives, tranquilizers, alcohol or other substances that slow down breathing.

“We have become much more conservative in our practices,” says Dr. Miotto. “We are establishing policies and procedures that will enable better care coordination across providers and settings and reduce the risk that patients will mix substances from multiple sources that may cause unintentional prescription drug-related mortality.”