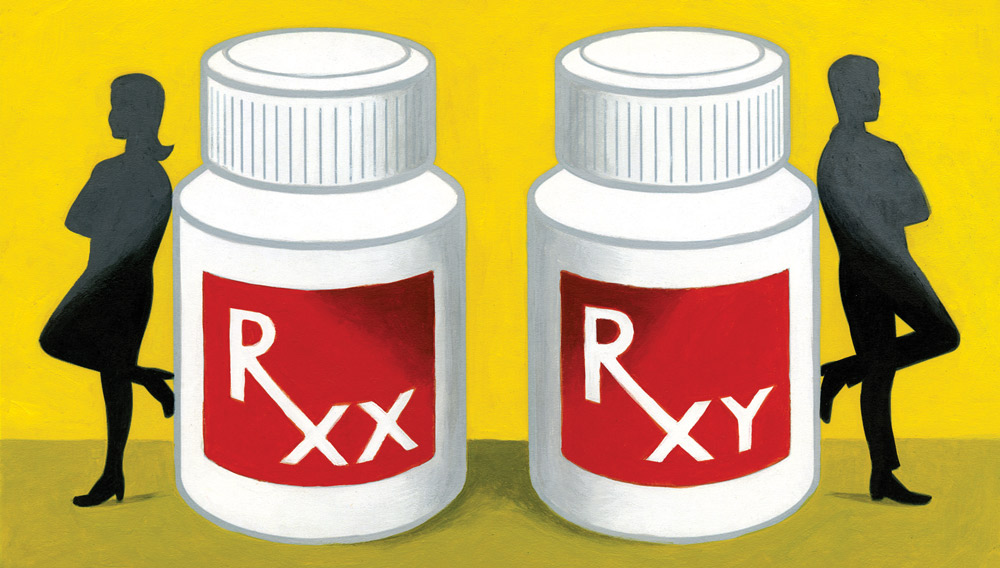 Myth: When it comes to the building blocks of bodies—cells, skin, and organs—for the most part, people are people.

Reality: One’s sex significantly influences one’s health and the factors that contribute to disease, their implications, and approaches to treatment.

When I was in medical school, none of the major randomized trials in cardiology included women. But that changed in 1993 with the National Institutes of Health (NIH) Revitalization Act, a law that mandated the inclusion of women and minorities in late-stage trials funded by the NIH. This law truly opened a new world and led to the development of the field of women’s health beyond reproduction. As a result, we discovered that every cell has a sex—in women every cell has two X chromosomes and in men every cell has an X and a Y chromosome—which impacts health and disease.

Understanding the implications of these gender differences is critical to personalized medicine. Take heart disease, the No. 1 killer of women in the U.S.: In many women, the disease can look different than we thought because plaque is diffused across the artery walls rather than spackled in thicker blockages as it is in men. That means the disease can be harder to diagnose, and the gold-standard test—a cardiac catheterization in which dye is injected into the coronary arteries—may not show the blockages. There are tests that can make the diagnosis, but cardiologists must be aware of these differences to know to order them.

Another example is myocardial infarction. We used to think a heart attack was caused by excessive blockage in an artery, but today we know that is not true. In men, heart attacks are caused by plaque rupture (which is what aspirin works to prevent). In many women, however, they are caused by plaque erosion, not ruptures, almost as if sandpaper were rubbed against the deposit with a clot forming on top of the plaque. We need to understand the underlying mechanism for this difference and its implications. Is this distinction in pathology why aspirin does not prevent heart attacks in women, or why women’s risk of sudden death from heart attacks is much higher than men’s?

Cardiovascular health is just one area where we see significant gender-dependent gaps; sex also affects addiction. Smoking remains a major problem and risk factor for disease, and women have a much harder time stopping once they start. This is because the mechanism of nicotine addiction is different in women than it is in men. Estrogen increases the metabolism of nicotine, which may increase the rate of addiction, and other brain chemistries could also play a role. We know most women will need at least two different interventions to stop smoking.

Variations in women’s brain chemistry impact other diseases, as well. Their risk of Alzheimer’s, for example, is almost twice that of men, and that is not just because women live longer. Women are also at greater risk for depression, and research has shown that lower doses of prescribed sleep medications are just as effective and may prevent serious side effects in women.

Today we have enough information to care for people somewhat differently based on their gender, but there is still much more we need to uncover. In the meantime, when you see your doctor, ask him or her, “Is this disease or treatment different in women? Is this the lowest possible effective dose of a medication?” If you ask, things will begin to change. Doctors will look to see if there is an answer and why it may be important. This is critical to advancing science and precision medicine on a global scale.