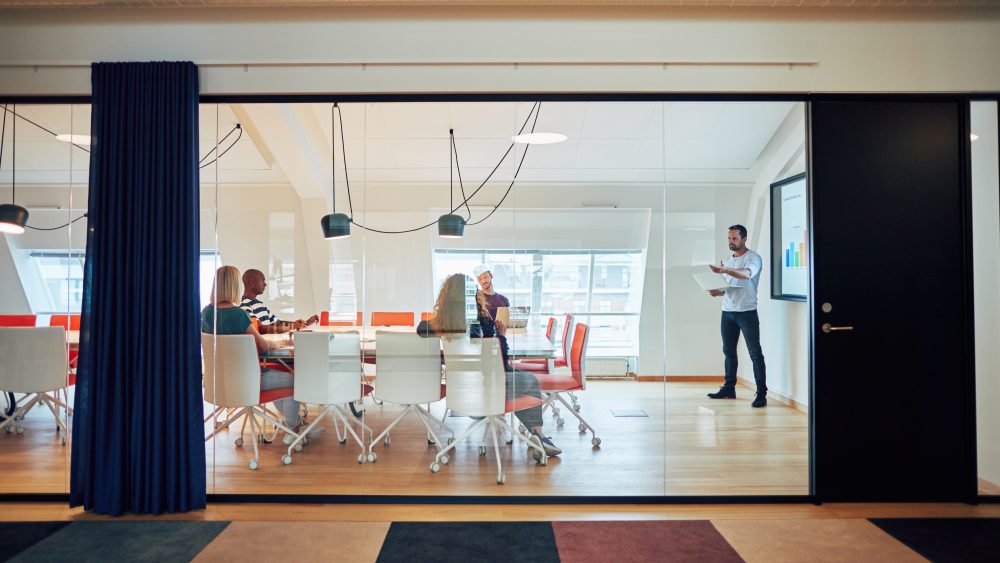 There is a pervasive and seemingly uncontrollable issue undermining the productivity of business today: email. Managing the mounting onslaught is distracting, time-consuming and stressful, which is why an emerging movement to reduce—and in some cases banish—email for the sake of a company’s efficiency is gaining traction.

Luxury brands such as Ferrari, Brunello Cucinelli, and Richemont, whose stable of companies includes Van Cleef & Arpels, Cartier, and Chloé, are tackling the conundrum head-on with meaningful results, from increased productivity to stronger working relationships, and more businesses are taking a stand.

When the e-mail overload at Richemont, for instance, became an issue, it asked employees in its New York, Dallas, and Shelton, Conn., offices to be mindful of sending emails. An office competition, promoted with a cartoon character named Jane, challenged employees: Is that email you’re about to send really necessary?

The person who reduced their email the most—the winner clocked an astounding decrease of 85 percent—was awarded dinner for two.

The big winner, though, was . . . , well, everyone. Teams reported that mundane weekend emails virtually disappeared. Conversations that once churned through bouts of forwarding and cc-ing shifted over to teams’ group-chat Yammer accounts, eliminating the mass “Thanks!” email as well as a great deal of political posturing in bcc fields.

For at least a decade, office professionals have groused around water coolers, beseeching some tech god to create a solution for the emails that flood our bottomless inboxes. Yet even as communication and social media applications abound, none has challenged email’s supremacy— nor even diminished traffic. In fact, the volume of email is rising at a remarkable rate. The London-based Radicati Group consultancy recently updated its estimate for global annual email growth to 4 percent from 3 percent.

Radicati estimates that more than 280 billion emails circumvent the globe each day among some 3.8 billion e-mail users. That suggests the average person receives 75 emails per day. You probably receive far more.

Estimates and experiences vary widely, but it’s a fair suggestion that office workers devote 25 to 40 percent of their workdays to shuffling emails, and few ever reach the ephemeral inbox-zero goal. Fear of missing out and the urge to respond immediately is strong. But every glance to check for incoming requires 30 seconds to two minutes to return to the task that was interrupted.

In one study entitled “A Pace Not Dictated by Electrons” by researchers at the University of California Irvine and the U.S. Army, email use was eliminated for 13 civilian workers. Subjects had told the researchers in interviews, “My work has become how to manage email.” That changed quickly. Cut off for five days, participants began to communicate more often in person and by telephone. Researchers measured the number of times they switched computer screens among various applications and found the subjects switched less frequently, and started spending more time on tasks without interruption. They recorded lower heart rates, leaving the researchers to conclude that email leads to “work fragmentation” as well as higher stress.

“We are producing data on a massive scale that is fast polluting our working environments and also encroaching into our personal lives,” Breton announced in 2011 when he launched an initiative to ban email from Atos. Much like the initiative at Richemont, Atos employees learned to use other, more efficient communication methods—and managed to reduce the company’s email use by 70 percent by 2015, a spokeswoman says.

Ferrari has limited email usage by barring employees from sending emails to more than three people at a time, while German carmaker Daimler implemented a vacation email deleter that notified senders to wait to resend their message later or redirected them to another person. In France, thanks to a 2017 law, companies with 50 or more employees are required to allow workers to disconnect from technology after hours.

The leakage of work-related e-mail into personal lives is such a concern to Brunello Cucinelli, founder of the eponymous luxury fashion label, that he bans most employee e-mails after 5:30 pm, saying he wants his staff to rejuvenate for the following day’s work.

Luis Suarez didn’t wait for permission or a corporate initiative at IBM, where he worked when he informed his manager that he was going to stop using email in 2008. “People use [email] as a delegation machine,” Suarez says, ticking off the reasons that e-mail didn’t make sense for most of his office communications. “They use it as a political tool. They use the bcc and cc to notify their boss and their boss’s boss.”

Colleagues said they expected him to be fired, and Suarez concedes that he didn’t ask for his manager’s approval before making an announcement on IBM’s internal messaging system that people would henceforth have three options for reaching him: phone, instant message, and social media tools such as group chat (today, there are choices aplenty: Slack, Telegram, Signal, and WhatsApp among them).

“You use the best tools for whatever you are doing,” Suarez advises, calling email a Pandora’s box. “If it’s really urgent, you pick up the bloody phone and you call me.”

A decade later and now an evangelist for the minimal email office, Suarez lives in the Canary Islands while working for a Vienna-based data services provider, Panagenda, as a digital transformation and data analytics adviser. He says he receives about two emails per day. I reached him via LinkedIn, and we conducted our interview via Skype. The few work emails he uses, he says, are for private conversations, such as with human resources or discussions of a financial nature, that require more thought than a text message.

Suarez says people often ask him why he has so much free time. “People noticed that I became a lot more effective.”

To think, just a few years ago some executives counted their hundreds of daily emails as a sign of importance or relevance. Today, it could be a symbol of poor time management.