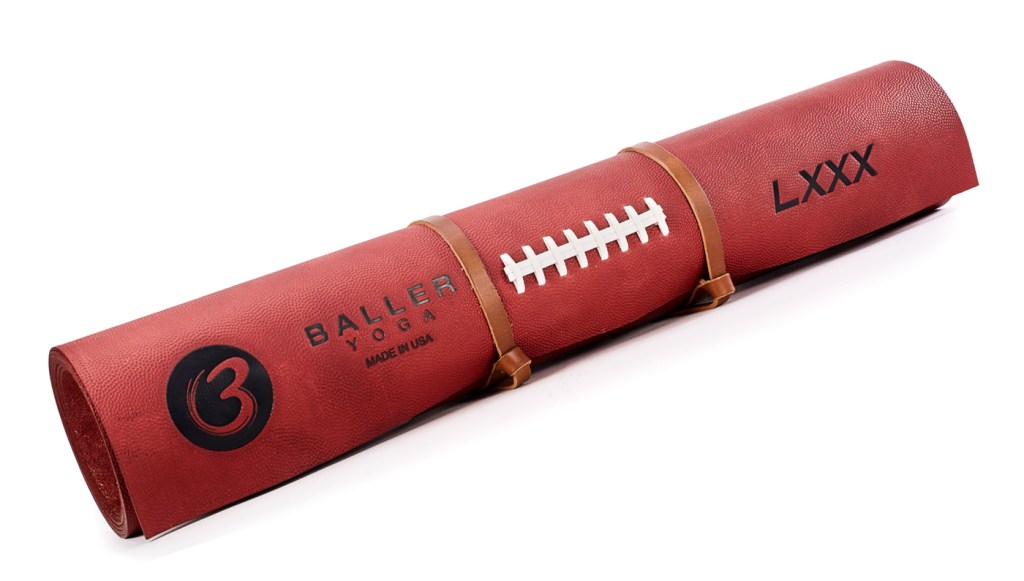 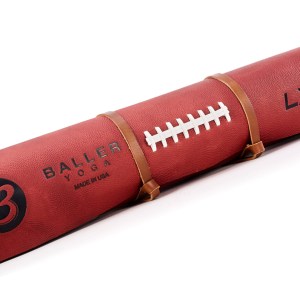 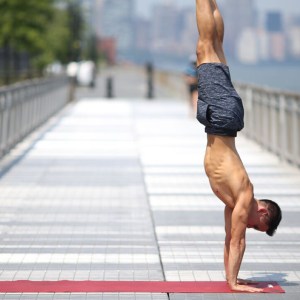 Yoga gets an upgrade with a new, pebble-surfaced, full-grain leather mat from BallerYoga. It ranges in price from $495 for stitched mats to $1,000 for single-piece versions and is created at the same tannery where Wilson NFL footballs are made. The leather is less slippery (even with sweaty feet and hands) than traditional yoga mats, which are typically made of rubber or polyurethane.

BallerYoga founder Cedric Yau had the idea to craft a yoga mat out of football leather while on a retreat at a five-star resort, where he was disappointed with only one thing: the quality of his slippery and flimsy yoga mat. He identified a need for something “grippy, not sticky,” which is exactly what quarterbacks need to complete their passes. And thus, the most masculine of mats was a touchdown. (balleryoga.com)