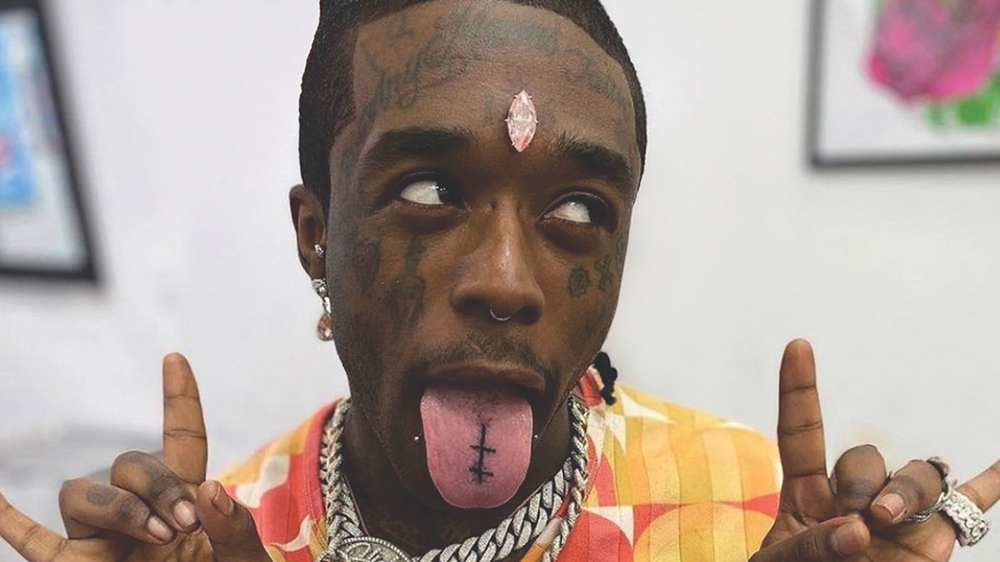 Making it in the highly competitive music industry is no easy feat. However, many artists still go on to have wildly successful (and very profitable) careers even if they haven’t reached megastar status. How one chooses to spread their wealth, however, is entirely up to them. Since these 11 top-earning performers got their big break, they’ve managed to amass millions of dollars, streams and fans. But did they spend their newfound funds wisely? Well, that’s up for debate considering celebs often have more money than sense. In fact, some of the items these chart-toppers have chosen to buy when strapped with boatloads of cash now have people scratching their heads, and perhaps for good reason. From putting a hundred grand worth of diamonds on a toy car to doling out five figures on drinking water, these outlandish purchases are anything but relatable. Personally, we’d wouldn’t mind being gifted a Swarovski-studded bathtub à la Blue Ivy Carter.

The rapper claims he never intended to live in the Atlanta abode but was amused by the idea of driving past it every day in one of his Chevy Bel Airs—and simply knowing he owned it. Then again, every day he’s hustlin’.

During a multimillion-dollar lawsuit against his former business manager and accountant, the Rocket Man admitted in the British High Court to dropping close to half a million dollars at the florist over a 20-month period. When cross-examined, John defended his lavish lifestyle with a simple explanation: “I like flowers.”

$24 million for a pink-diamond dermal piercing

The “Bad and Boujee” rapper, who uses they/them pronouns, implanted the rare, nearly 11-carat gem smack-dab in the middle of their forehead, then tweeted, “This one stone cost so much I’ve been paying for it since 2017.”

Uzi tapped celebrity jeweler Elliot Eliantte for the naturally colored diamond. “This was definitely pretty extravagant. This would definitely be top-tier by far,” a spokesman for Eliantte & Co. told Rolling Stone. “People have gotten crazy custom pieces done, but something that’s done as a body modification, to have something popped onto your forehead? This is definitely the first time.”

The rapper has said they chose to implant it in their skin for safekeeping, thinking it would be harder to lose than, say, a ring. Alas, last year, Uzi reported that the sparkler had been ripped right off their face when they jumped into the crowd at a Miami music festival. But the jewel is said to be back in Uzi’s possession.

Private chef, PA or personal trainer on staff? Nothing new there. But when you smoke as much as Tha Doggfather says he does, it makes sense to have an expert taking care of that, too.

$55 million for a racehorse

He’s got 99 problems, but money ain’t one of them. In 2014, Hov spent a pretty penny to acquire Kentucky Derby and Preakness winner California Chrome.

“I hated to sell the animal, but it is hard to say no to a double nickel in millions,” Chrome’s former owner told Empire Sports. “And it is the best thing for horse racing.”

The chestnut stallion was retired to stud in 2017. Presumably, the more the thoroughbred sows, the more Jay reaps.

The Material Girl famously went through a spiritual awakening in the early 2000s when she joined a mystical religious practice known as Kabbalah. On her journey to enlightenment, the star reportedly picked up the habit of drinking only spring water that’s been blessed and “energized” by rabbis, believing it to have healing powers.

Game told his Twitter followers that he enlisted jeweler Richie Rich to trick out his toddler’s remote- controlled Bentley GT with 150 carats of diamonds. The jewel-encrusted toy car costs almost as much as the real thing.

$5,200 for a Swarovski crystal-studded bathtub for Blue Ivy

What do you get Beyoncé when she’s expecting? Kelly Rowland made headlines when she gifted her Destiny’s Child bandmate a baby- size blinged-out tub—covered in 44,928 crystals and weighing 3,000 pounds—at her shower.

Lady Gaga spends her fortune on more than avant-garde costumes and elaborate stage sets. While recovering from hip surgery, the singer was reported to have shelled out $60,000 to ship the koi straight from Japan. Watching the fish swim in their tank reportedly helped keep her idle mind at ease.

Crazy, but true. While a videographer trailed the Hndrxx rapper on a shopping spree at Barneys New York, he fessed up to how much it really costs to maintain his high-fashion wardrobe, saying, “I shop every day. I probably spend two to three hundred thousand dollars on clothes a month. It’s crazy—I gotta stop.”

In a move that would make DJ Khaled proud, Diddy earned the title of Father of the Year when he presented his son with a Maybach for his 16th birthday. We hope the teen passed his driver’s license test.