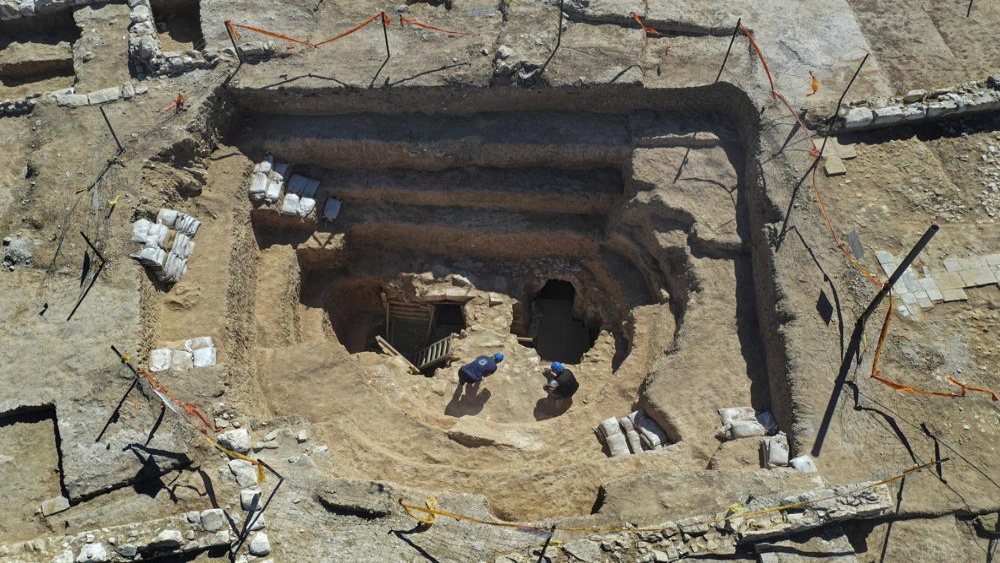 If you’ve ever wondered how the wealthy lived in the early 8th or 9th century, now is your chance to take a glimpse into the past.

This week, archaeologists uncovered the remains of a lavish estate in the Negev, a desert region in the south of Israel. The 1,200-year-old home was unearthed in the Bedouin town of Rahat where the dig team came upon the ancient property’s courtyard.

The estate features four wings, including a section featuring a marble hallway with stone floors and some walls decorated with frescoes. The excavation was conducted in collaboration with the Israel Antiquities Authority and the Authority for the Development and Settlement of the Bedouin. Experts believe the mansion’s owner probably lived a comfortable life of leisure, according to the Associated Press.

“The luxurious estate and the unique impressive underground vaults are evidence of the owners’ means,” the excavation directors said in a statement. “Their high status and wealth allowed them to build a luxurious mansion that served as a residence and for entertaining.”

The 1,200-year-old home was unearthed in the Bedouin town of Rahat.  AP

In their dig, among the shards of decorative glass of serving dishes and remnants of oil lamps, archaeologists found subterranean stone vaults they believed served as rudimentary refrigerators to store items at cooler temperatures. There also appeared to be bunkers to protect residents from the heat or move them underground for safety.

The estate is close to a mosque dating back to the same period uncovered by Israeli archaeologists back in June.

“By good chance, and much to the local population’s interest and excitement, the Islamic building remains have been discovered in the area and have planned for expanding the town of Rahat,” Israel Antiquities Authority director Eli Eskosido on the findings to The Jerusalem Post.

If you’re looking for a chance to see the ancient ruins with your own eyes—you’re in luck. The two organizations have confirmed that they have made plans to conserve the site and transform it into a public exhibition. Starting on Thursday, history buffs can book guided tours at the site and visit the estate.