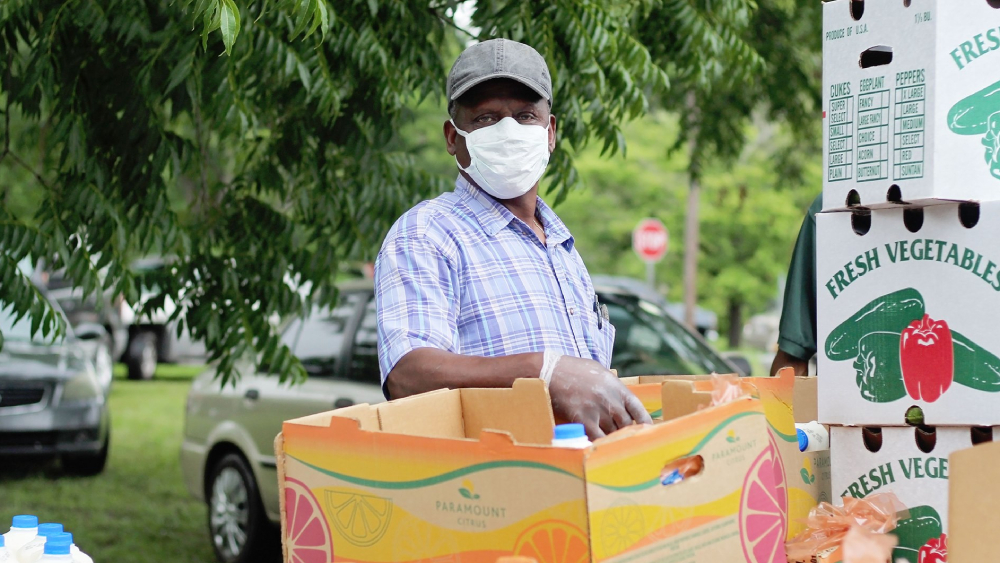 The mass cancellation of annual galas and other fundraising events, alongside the moratoriums on live music, theater and sports, has deprived nonprofits of the donations and ticket-sales revenue that keep them afloat, leaving thousands unemployed. And with donations flowing into emergency Covid relief, charities that provide essential services to the vulnerable are left struggling with increased demand at a time of decreased funding.

“The damage to nonprofits has been unimaginable—they have already lost 1 million jobs—and it only projects to get worse,” says Rick Cohen, chief operating officer at the National Council of Nonprofits. “Every type of organization has been hurt.”

The long-term prospect is no better, according to Phil Buchanan, president of the Center for Effective Philanthropy (CEP), because while services will eventually restart, future government funding will most likely be cut. “Everyone is expecting that the local, state and federal government budgets will be under tremendous pressure.”

Following is a handpicked, though by no means comprehensive, list of nonprofits worthy of your consideration. Some are national in scope, while others focus on a particular city or region. And if you’d like to give closer to home, we have no doubt there’s a local group or 2—or 20—that could make good use of your cash.

Relief organizations for artists who are out of work because of the Covid-19 pandemic:

A new emergency fund created by a coalition of national arts nonprofits. Designers, musicians, performers, filmmakers, craftspeople and visual artists across the US who are facing financial emergencies can apply for grants of up to $5,000 each.

Founded in 1914, this organization dedicated to aiding professional musicians and their families is now supporting out-of-work performers, music teachers and composers with weekly $200 emergency grants. With the closure of live-music venues and indoor performance spaces, need has never been greater.

This 19th-century actors’ charity has pivoted to Covid relief, distributing more than $16 million to almost 14,000 people since March to cover basic living expenses such as food, medication and utilities. The organization serves all performing-arts professionals, including those who work in film, theater, television, music, opera, radio and dance.

Individual cultural organizations that have had to suspend or reduce their programming, and therefore have lost income, during the pandemic:

The New York group supports Native American artists and promotes their perspective through performing arts, visual art and literature. “Cultural equity is determined by who gets the resources,” says its director, Diane Fraher. “Organizations like ours, from historically marginalized communities, do not have endowments, property, earned-income streams and major donors. Beyond emergency funding opportunities, support from the philanthropic community in the third quarter of 2020 was nonexistent.”

The group, which performs nationally and teaches Mexican music and dance classes in schools, has had to cancel 62 engagements since March and is struggling to obtain Covid-relief funding to support its dancers, according to managing director Noemy Hernandez, as competition for the grants is fierce. Calpulli has switched to virtual programming, but many of the families it serves in Queens, Staten Island and New Jersey have limited access to the internet or devices. “We are doing what we can to stay alive,” says Hernandez.

The orchestra, which trains young people in classical music and whose members are nearly all from Black or Latino communities, does not charge for lessons, membership or most of its performances and so is reliant on donations. It has suspended all operations since March. “Our community has been so devastatingly impacted by loss of jobs and other problems associated with the virus that donations from our community have decreased probably 50 to 60 percent,” says Charles Dickerson, the orchestra’s founder and conductor, though the Black Lives Matter cause has brought in some new benefactors. The League of American Orchestras is fundraising to advocate for American orchestras, many of which, Dickerson says, “have gone out of business, some likely never to return.”

The cultural organization serves a racially mixed, low-income community in the Bronx, providing music, theater and dance classes to more than 750 children. Forced to close its building in March, Mind-Builders moved online but has lost 75 percent of its tuition income and 50 percent of its city and state funding. Its neighborhood had the city’s highest infection rate during lockdown, according to Betsy Hastedt, the group’s assistant executive director of operations. “There is considerably more food insecurity, housing instability, loss of family income and higher rates of illness and death in our community,” she says. “The fallout is big, and in our commitment to be more than ‘just an arts center,’ we find ourselves trying to prevent trauma in every way we can.”

Housed in two historic tenement buildings on New York’s Lower East Side, the museum has given countless schoolchildren and adults a firsthand look at what it was like to be an immigrant in the United States between the 1860s and the 1930s. Since it halted indoor tours, the museum has
lost three-quarters of its annual operating budget. The health risks of guiding visitors through narrow buildings containing multiple small rooms mean that the museum is leading neighborhood walking tours only and sees little prospect of reopening its spaces soon, making it reliant on donations to stay afloat.

The nation’s largest domestic hunger-relief organization, Feeding America is experiencing a 60 percent increase in demand at its national network of 60,000 food pantries. About 40 percent of the people it currently serves had never visited a food bank before the pandemic. The nonprofit anticipates a shortfall of 10 billion pounds of food between now and June, the equivalent of around 8 billion meals.

This Pennsylvania nonprofit teaches sign language to parents of deaf children so families can communicate and provides sign-language interpretation in, for example, doctors’ offices or job interviews, paid for by those businesses. But Covid restrictions on its face-to-face services have cut revenue by 57 percent since March, threatening programming, according to executive director Neil McDevitt. “It’s been really painful for us,” he says. “A lot of funds and grants and foundations have pivoted to Covid support. We had reserves, but even so, we still had to lay off and furlough staff.”

Nonprofits often rely on older, retired volunteers, many of whom have had to give up their charitable commitments because of their vulnerability to Covid-19. ECHOS (Epiphany Community Health Outreach Services), an Episcopal Church–based nonprofit helping newly arrived immigrants settle in Houston, has lost much of its voluntary workforce just as demand for its food-pantry, health-care and other social services has accelerated. “They are very overwhelmed with demand,” says Phil Buchanan of the CEP.

This homeless shelter in Bloomington, Ind., is emblematic of the challenges facing housing nonprofits, which in many cases were overstretched before the pandemic. As more people lose their jobs, demand increases at shelters, which are simultaneously being forced to restrict services to comply with social- distancing mandates. The result is a rise in people living on the street. Most shelters are single-sex, but New Hope houses entire families rather than splitting them up, the only shelter in the area to provide this service. The National Coalition for the Homeless has listings of local shelters to support and takes donations.

A nationwide nonprofit dedicated to providing children with safe playgrounds, Kaboom was established after the 1995 deaths of two children playing in an abandoned car in a neglected part of Washington, D.C. Its work has been crucial during the pandemic, with many kids housebound and schools and community facilities closed. Kaboom is advocating with local governments, which are facing budget cuts, to invest in play infrastructure in the deprived inner-city communities that have been disproportionately affected by Covid.

US-based Israeli equestrian Daniel Bluman and his wife, Ariel, set up this fund to alleviate the effect of the pandemic on the network of support staff who rely on tournaments, coaching and live events for their income. Grants help crew members, grooms, stewards, judges, office staff and security buy groceries and pay rent.

Both are nonprofits that offer riding opportunities and mentorship to children from low-income communities in Massachusetts and Los Angeles, respectively, but have seen their work derailed by Covid. citytosaddle.org, comptonjrequestrians.org

The group uses the art of fencing as a vehicle to teach discipline, hard work and perseverance in young people, mainly from impoverished communities and single-parent homes in New York. It’s been closed since March due to difficulties meeting social-distancing guidelines.