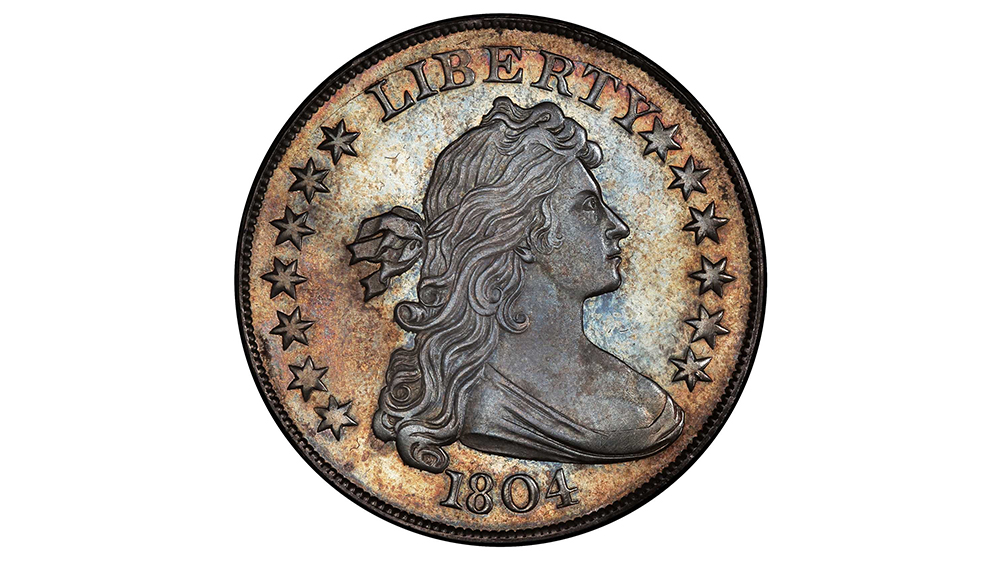 The single finest example of the 1804 US silver dollar sold for an astonishing $7.68 million at a Stack’s Bowers Galleries auction on Tuesday to become the most expensive coin of its kind.

The Class I silver dollar, which has been graded Proof-68 by Professional Coin Grading Service, was offered from the collection of the late coin connoisseur D. Brent Pogue and boasts one helluva backstory.

Quite literally a token of American history, the front of the silver dollar is emblazoned with Liberty’s bust and inscribed with the date “1804” and the word “liberty.” The back, meanwhile, features an eagle and 13 stars that represent the original colonies. It was minted at the request of President Andrew Jackson to serve as a diplomatic gift for fellow world leaders.

This particular example was struck in 1834 and presented to Said bin Sultan Al-Said, the Sultan of Muscat and Oman, one year later in 1835, according to the auction house. In its history, the rarity has graced just four private numismatic collections, including those of Charles A. Watters, Virgil M. Brand, the Childs family and the Pogue family. It has also sold at auction only once, in 1999, when Pogue, who died in 2019 at age 54, bought the coin from the Childs family for the then-record price of $4.14 million.

The coin, which eclipsed its original estimate of $7 million, now ranks as the second priciest silver dollar in existence. The top spot belongs to a 1794 Flowing Hair silver dollar that Stack’s Bowers sold for $10 million in 2013. It’s also one of the top 10 most expensive coins in numismatic history. The number one on that list is, of course, the coveted 1933 Double Eagle that hammered for a lofty $18.9 million at Sotheby’s last June to take the title of the world’s most expensive coin.