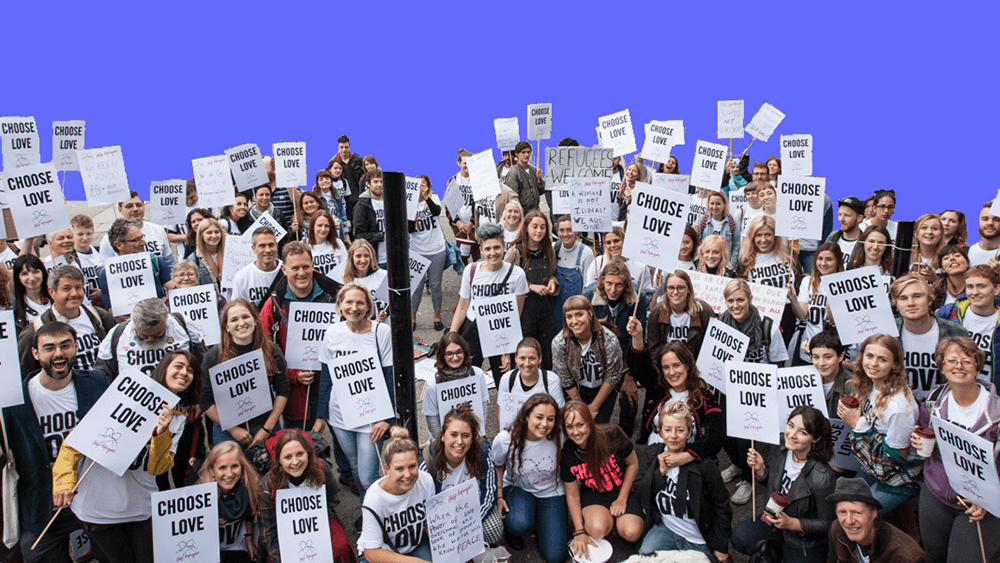 Some nonprofits are household names, but small organizations can also be extremely effective. Here are nine high-impact charities that might not be on your radar but are worthy of your consideration this holiday season—and throughout the year.

In 2015, the number of migrants arriving in Europe hit 1 million, a four-fold rise from the previous year, due to the Syrian civil war. Many remain in makeshift camps. Help Refugees, which started as a social-media campaign in response to the crisis, has grown to become the largest grassroots distributor of aid in Europe, providing food, shelter, interpreters and nurses. Nearly 90 percent of its budget goes directly to supporting refugees.

The Innocence Project was founded by civil-rights attorneys in 1992 and uses DNA testing to free wrongfully convicted prisoners. Since 1989, the technology has exonerated 367 people in the US, 21 of whom had been sentenced to death. The group provides legal representation to prisoners, lobbies for criminal-justice reforms and helps freed prisoners, many of whom have spent decades in jail, transition back into society.

Frustrated with the failure of conventional aid programs to stop infant deaths in developing countries, Timothy Prestero set up Design That Matters, which produces cheap, innovative devices that treat neonatal pneumonia, hypothermia and jaundice—three leading causes of infant death. According to Prestero, a third of medical equipment donated to developing countries is wasted because it’s too complicated and difficult to maintain. Design That Matters, which has won multiple design awards, creates devices specifically for low-income rural hospitals.

In many countries, new mothers are supported at home by government-funded midwives. In the US, Nurse-Family Partnership is seeking to replicate that care for young, low-income mothers. The group’s nurses make regular visits, starting early in a woman’s pregnancy and continuing until the child is two. The average client is 20 and unmarried with an annual income of $9,000. The nurses take a holistic approach, tackling everything from cigarette smoking to job searches, with the goal of reducing child abuse, behavioral and intellectual problems and juvenile arrests.

Since 1982, the Orbis Flying Eye Hospital—a state-of-the-art teaching facility on a plane—has treated people in 18 low-income countries, preventing blindness from cataracts and glaucoma. There are 36 million blind people globally, though more than 75 percent of cases are avoidable, according to the International Agency for the Prevention of Blindness. In each country Orbis visits, volunteer surgeons and nurses treat patients, train local doctors and advocate with governments to improve eye care. Orbis International spends 93 percent of donations on sight-saving work.

In every country around the globe, girls are held back educationally because of a lack of access to feminine-hygiene products. More than half of Ethiopian girls miss school when they have their period. But even in rich nations, girls stay home due to poverty and shame. Celeste Mergens founded Days for Girls in 2008, when she discovered that girls in a Kenyan orphanage where she was volunteering spent several days every month sitting on cardboard in their bedrooms. Mergens and her team designed an affordable, washable sanitary kit that lasts for years. More than a million females in 125 countries, including low-income women in the US, have received the kits. The nonprofit also trains women in developing countries to produce and sell the kits themselves.

Though most countries have ended the cash-bail system, the Bail Project estimates that 2.5 million people in the US are held in jail each year because they cannot afford bail. A high proportion of those in pretrial detention have young children, with women and people of color disproportionately affected. Their bail is often less than $1,000. Faced with loss of jobs, housing and custody of their children, many plead guilty in exchange for release but end up with a permanent criminal record. The Bail Project estimates that taxpayers pay around $14 billion a year for pretrial detention alone, not including the social costs of unemployment and family breakdown. The Bail Project lends bail money to those awaiting trial.

More than 40 percent of American children are from low-income families, and half of those are below the poverty line. For families who have to choose between food and rent, children’s shoes are a particular burden, because they are expensive and quickly outgrown. Shoes That Fit provides new athletic shoes to elementary-school children from those families, who often suffer from stigma and bullying. The nonprofit, which spends more than 94 percent of its budget on footwear, helped more than 124,000 children in the last school year.

In developing countries, the majority of travel is done on foot. In rural communities, every doctor’s visit and school commute can take hours, if not days. Founded in 2005 with a donation of 24,400 bicycles to displaced survivors of the tsunami in Sri Lanka, World Bicycle Relief has now provided more than 469,000 bikes to isolated communities. The result, according to the organization, has been strong improvements in access to education, health care and work. The group also trains local mechanics to assemble and sell bikes. Stores, distribution facilities and supply chains provide employment, spare parts and repair services. Profits are reinvested in philanthropic work, creating a self-sustaining virtuous cycle.