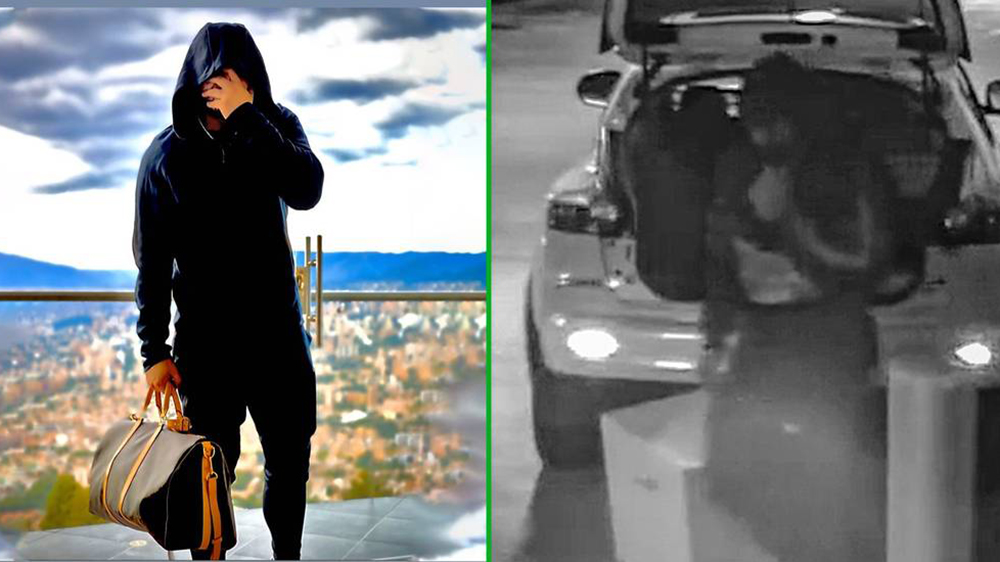 Live by the ‘Gram, die by the ‘Gram. That could be the motto of one Miami crime ring whose digital weapon of choice not only helped facilitate the theft of millions of dollars in luxury goods, but also put nine alleged thieves in jail.

Thirty-year-old Xandi Garcia and nine others were charged on Tuesday for a string of bold crimes that stretch back at least two years. Though Garcia and his accomplices are accused of multiple offenses––racketeering, conspiracy and burglary––some of the most daring involve the use of Instagram to steal jewels estimated to be worth between $600,000 to $1.7 million, cars and other luxury goods from wealthy individuals.

According to investigators who spoke with the Miami Herald, Garcia and his associates would stalk potential victims using the popular social media app. After spending weeks scouting their marks’ homes, the ring would even go as far as placing trackers on victims’ vehicles to know their comings and goings.

A Mercedes-Benz S63 like one reported stolen in this case.  Courtesy of Shutterstock

The thieves targeted multiple homes, and they weren’t shy. From one Northwest Miami-Dade home they allegedly made off with jewelry, a gun and a Mercedes-Benz S63. The ring allegedly even went so far as to case the home of Yankees star pitcher Aroldis Chapman, whose house was video-recorded, presumably for a future heist. The ring is also be involved in the theft of custom jeweler Eric The Jeweler’s safe during Super Bowl weekend earlier this month.

As an added twist, the group also reportedly operated a marijuana farm in Colorado Springs, a venture that helped fund its exploits and the lavish lifestyles of those involved. Colorado, which legalized recreational use and sales in 2014, has become a popular destination for Miami-based sellers who ship the product back east to South Florida.

But if this case didn’t seem wild enough already, the social media fates threw an ironic wrench in Garcia and his Miami ring’s plans. Instagram may have unwittingly helped the ring seek out targets, but it turns out the app was also crucial to its downfall.

SuperBowl Drip 💧 Come get right before the game! #SuperBowlLIV #Miami 💎🏈

Police said that most of the evidence used in the proceedings to date comes from Garcia’s own phones, which were seized during a raid in December of last year. Not only were images of the victims and the associated GPS tracking found on the devices, so were messages explicitly detailing the crimes in question. One text message allegedly read, “look at our next victim, look him up on Instagram so that you can see how many watches he has.”

Garcia’s girlfriend, Instagram model Maybel Sanchez, even posted pictures to her personal account wearing Rolex watches, jewelry and Louis Vuitton heels, “identical to the ones removed from [a victim’s] residence.” Other items worn by the alleged perpetrators were also identical to  stolen goods.

Of course, if all of this evidence seems to point to an open-and-shut case, Bob Pardo, Garcia’s attorney is conceding nothing.  “We look forward to the anticipated litigation and plan to vigorously defend Mr. Garcia—who is presumed innocent,” he said.