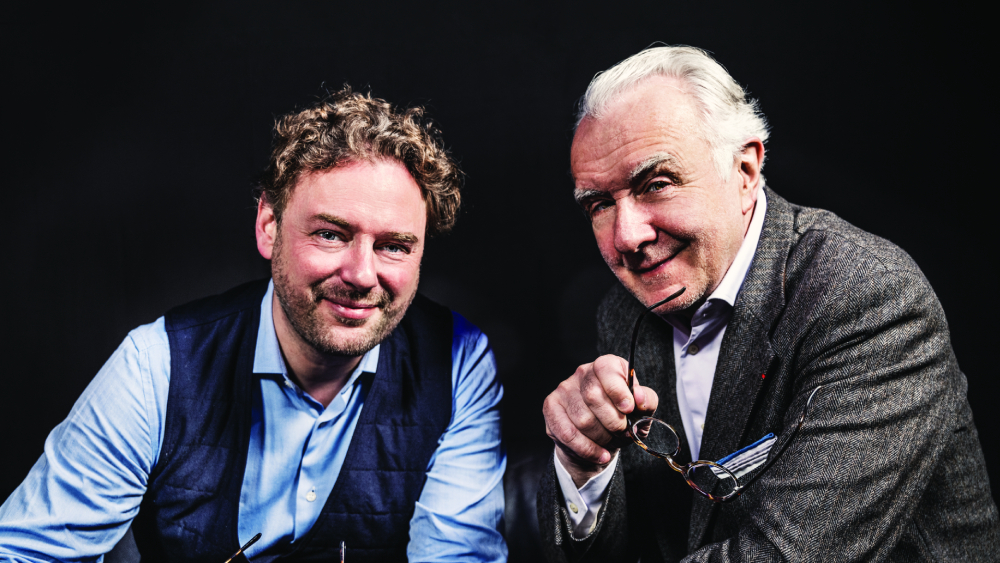 High priest of haute cuisine Alain Ducasse operates almost three dozen fine-dining restaurants around the world, from Tokyo to New York. The Monaco-based chef has earned countless Michelin stars over his five-decade career, initially winning plaudits for his finesse with Provençal food before turning his skill to every type of French and Italian cooking. ¶ Arnaud Donckele is the Michelin-three-star chef of La Vague d’Or restaurant, at the Cheval Blanc St.-Tropez hotel. The son of a caterer, he was already working alongside his father at the age of 12 before formally apprenticing in fine-dining kitchens. ¶ One of his first jobs was working for Ducasse in 1998 in the lowly post of third commis at Monaco’s Le Louis XV restaurant, which is where the pair first met.

“Why did I choose Arnaud? It’s not for the qualities we would be expected to share. Talking about shared qualities sounds like listing my own supposed ones—which is unbearably arrogant to me. No, the true reason is because we are different. This is what is interesting: We belong to different generations. Each of us has our own journey in life. He will bring something new to the culinary art.

“I still remember his application letter, [which said], ‘I dream of working with you and learning about the southern vegetables to add sunshine to my know-how.’

“I always aim to identify the potential of young talents working in my restaurants and to follow them on the long run. Helping them to grow in their trade sometimes requires keeping them, sometimes sending them to colleagues’ restaurants to complement their experience. For me, this role of mentor is quite essential and is a source of immense professional satisfaction. This is what I did for Arnaud.

“His cuisine is poetry. There is an extreme purity of tastes and associations with surprise ingredients, which make the dish interesting. All his creations are incredibly light, like a cloud floating in the sky. He magnifies everything he does and constantly enlarges his repertoire.

“All the rewards he has received haven’t changed his simplicity. He keeps acknowledging his debt to the chefs he learned from. He remains extremely close to his producers because he knows, from his childhood, we all are nature’s children. He defines himself as a ‘farm cook.’

“When I remember the dinner I had at La Vague d’Or, I can only summarize it by one word: dazzling.”