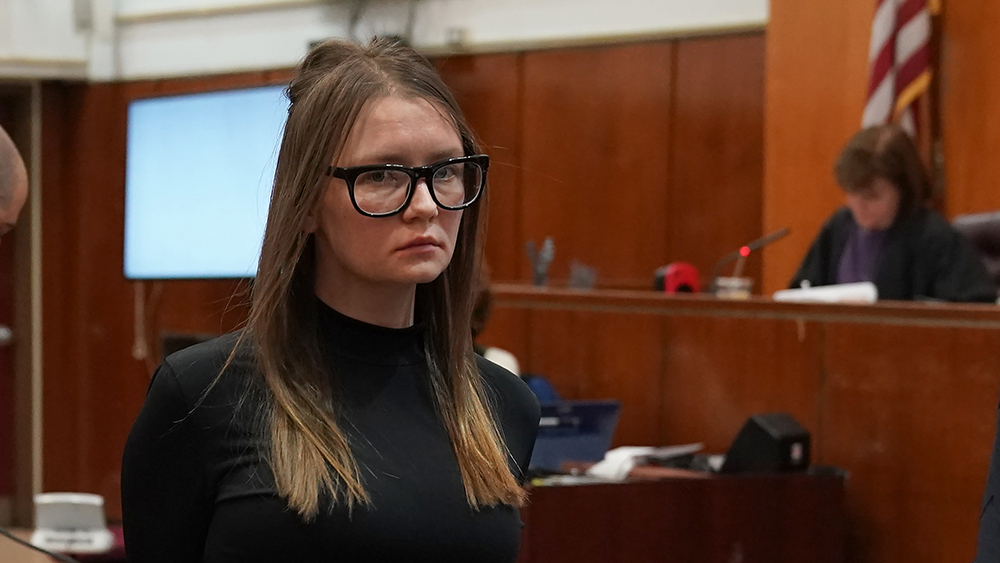 Timothy A. Clary/AFP via Getty Images

Anna Sorokin, the fake German heiress who conned people and companies out of thousands of dollars, frequently used social media to post about her exploits. Instagram in particular helped her keep up her image as someone who had a lot of money—and who knew how to spend it.

So who is Sorokin without social media? Well, we’re about to find out: Sorokin, who went by the name Anna Delvey, has been barred from accessing any social-media platform, including Instagram, Twitter, Facebook and TikTok, according to Bloomberg. The ban is a condition of her release from jail, which an immigration judge allowed on Wednesday.

For 17 months, Sorokin had been in Immigration and Customs Enforcement custody for overstaying her visa. Now, while she fights deportation, she’ll be allowed to remain in 24-hour home confinement with electronic monitoring. She also posted $10,000 bail in order to leave the Orange County, New York, facility where she was being held.

Sorokin, whose story was dramatized in the hit Netflix show Inventing Anna, was convicted of fraud in New York state court in 2019 and sentenced to four to 12 years in prison. She was released early for good behavior—but was then arrested only a few weeks later by ICE agents. On Wednesday, her lawyer John Sandweg defended her latest release.

“She hasn’t been accused of committing a crime since 2017,” he said. “And the evidence clearly demonstrated that any risk she does pose can be adequately managed through supervision, electronic monitoring, parole and the supervision of ICE.”

When attempting to pass as Anna Delvey, Sorokin successfully scammed banks, hotels and even her own friends into bankrolling her glamorous, made-for-social-media lifestyle. She even tried to persuade investors to give her millions of dollars to launch an exclusive social and cultural club in Manhattan, which would have been housed in the recently listed building at 281 Park Avenue South. That deal never went through, however, and eventually helped lead to her downfall.

Sorokin had been active on social media as recently as Monday, when she tweeted about one of her artworks for sale. It’s unclear how long the social-media ban will last, but it means that at least for now, her tens of thousands of followers won’t get to see the Sorokin take on home confinement.