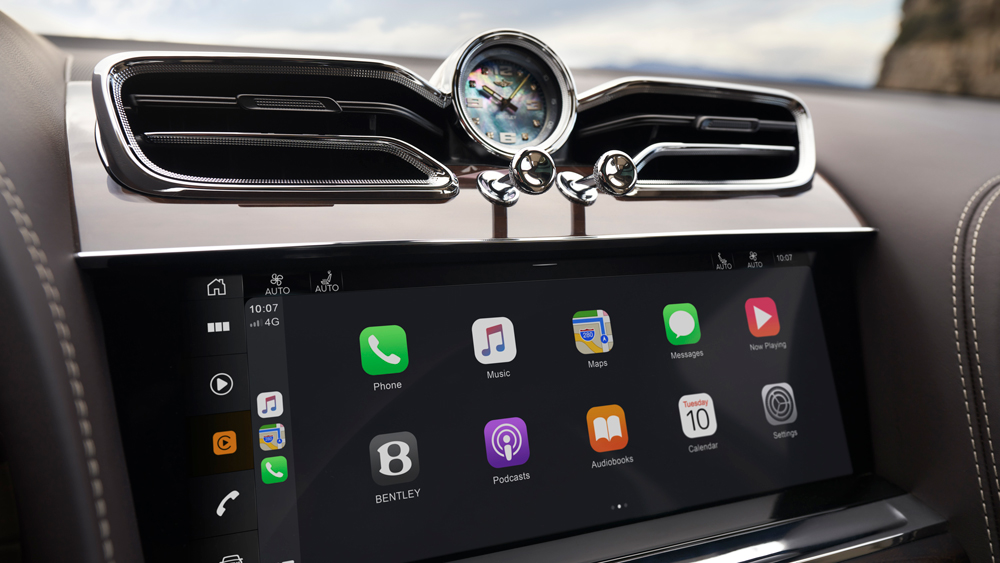 The auto industry’s most controversial new car feature isn’t a self-driving system or a form of electrification. The hot topic these days is CarPlay—yes, the familiar interface that insidiously wormed its way into the hearts and minds of drivers everywhere since its introduction at the 2014 Geneva Motor Show.

The plug-and-play platform has become so ubiquitous that it’s now equipped on 98 percent of new cars sold in the US. More compellingly, 79 percent of American car buyers consider it a must-have when shopping for their next ride, according to Apple’s Emily Schubert. That critical metric has endowed Apple with loads of leverage when it comes to negotiating with automakers, and the next generation of CarPlay announced in June is so potentially groundbreaking it’s threatened to upend the relationship between car companies and the Cupertino-based consumer electronics juggernaut.

The issue at hand begins with the next-gen CarPlay’s extreme integration. Rather than embedding a simplified iPhone mirror into a centrally positioned multimedia touchscreen, the revamped interface takes over all interior displays, including the instrument panel and related gauges, along with ancillary items like air conditioning controls. The move is significant not only because of its unprecedented takeover of a vehicle’s pre-existing architecture, but because it has the potential to create significant financial upside for Apple.

Already teased at a recent Apple developer conference is a feature that enables CarPlay to navigate to a gas station and pay for the fill-up. The idea isn’t new; according to Car & Driver, GM attempted the trick as early as 2017, but later abandoned it. But the sense in the industry is that Apple’s longstanding ability to take a significant challenge and create an elegant and intuitive solution means that this time round it’s more likely to gain rapid, widespread acceptance.

Which explains why carmakers are feeling more threatened than ever by the idea of handing over their user experience to a savvy outsider. As Wedbush Securities analyst Dan Ives explained to Marketplace.org, “Auto is a massive industry for Apple because it’s just a further expansion of its ecosystem. Its goal is to be more and more entrenched in consumers’ life.” Monetizing gas station tip-offs is the tip of the iceberg; CarPlay’s integration of apps for everything from parking spot finders to EV charger locators suggests the monetized possibilities are endless.

While some marques have resisted implementing CarPlay (we’re looking at you, Rivian and Tesla), the vast majority of carmakers must now decide if they’re willing to cede so much control to Silicon Valley. The scale of implementation is staggering—and already has a considerable consumer foothold, unlike the much-rumored Apple Car. As analyst Horace Dediu told Reuters, “Forget about the Apple Car—Apple CarPlay is a bigger deal. It’s very likely to scale to millions and millions of cars, if not hundreds of millions.”

Some manufacturers say they’re working with Apple on the next-gen system, but CNBC suggests many might be hesitant to take this next giant leap forward. Perhaps the most telling observation comes from AutoForecast Solutions analyst Conrad Layson, who says “It’s a really difficult time in the industry, where the car companies think they’re still building cars. They’re not. They’re building software on wheels, and they don’t know it, and they’re trading it away.”

A Life-Size Aston Martin DB5 Made of Nearly 350,000 Legos Is on Display in London

Rodin’s New 1,160 HP Hypercar Is a Track-Only Beast That Looks Like a Batmobile From the Future