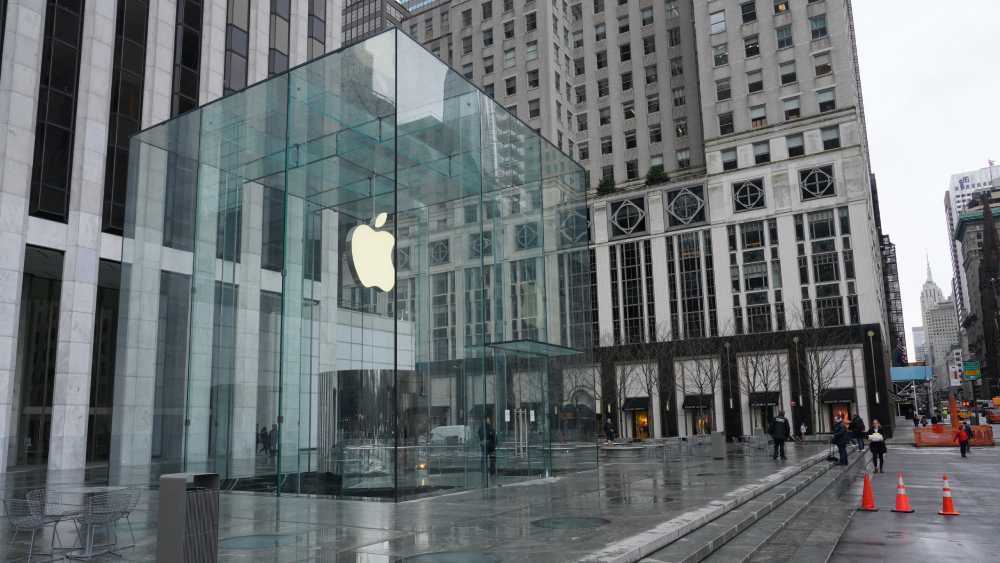 With its most recent stock rally, Apple crossed the $2 trillion mark—a figure that officially makes it the most valuable company in American history.

For a brief period on Wednesday, the tech giant’s shares––which are up 60 percent this year alone despite the pandemic––collectively soared to the jaw-dropping sum. Each share is currently trading for about $470, but will soon become more attainable for the average Joe when the stock is split four-for-one, bringing the cost down to near $117 per share. But the split will not negatively impact Apple’s overall value; it simply means the iPad-maker will have more shares in circulation to fund its expansion.

It’s a rare example of the Covid-19 pandemic having a beneficial impact. The drop in oil prices knocked out the previous $2 trillion king, Saudi Aramco, allowing for Apple to overtake its top spot. The Saudi-based firm first crossed that milestone when it went public in December and though it has since deflated some, it remains worth well over a trillion dollars.

It took Apple 42 years to reach $1 trillion in value. It took it just 2 more years to get to $2 trillion.

And all of Apple’s second $1 trillion came in the past 21 weeks, while the global economy shrank faster than ever before in the coronavirus pandemic. https://t.co/OnUNVM4bBO pic.twitter.com/HeXJlOBMkR

Though the technology giant is projected to continue its ascent, it can’t exactly rest on its laurels just yet––if it wants to remain number one, anyway. Fellow behemoths Amazon and Microsoft are both creeping closer to the same $2 trillion valuations with each standing at $1.6 trillion and growing at the time of publication. Not quite as white-hot but still impressive is Google’s parent company Alphabet, which is worth over a trillion dollars today.

With the company overall doing so well, it has also been a boon for many of its top brass, especially CEO Tim Cook. The businessman has shepherded the brand since the death of founder Steve Jobs to great success, so much so that the reserved executive has joined the rarefied ranks of billionaires.

One of the reasons for Apple’s resiliency throughout lockdown and the pandemic, in general, is its diversified array of subscription streaming services, including Apple TV+ and Apple Music which saw a bump in users undoubtedly looking to pass the time. Rumors are already swirling about the upcoming launch of the iPhone 12 and if it proves as successful as prior iterations, that will only serve to fuel the company’s long-term success.