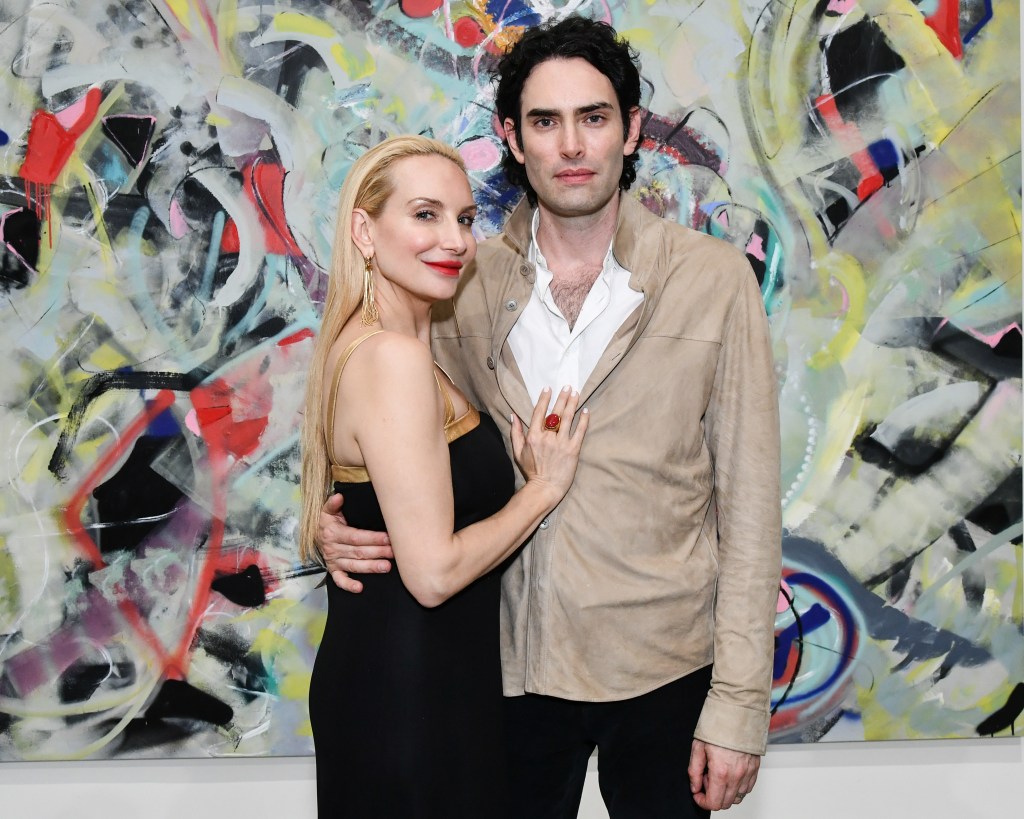 “My life started when I owned that I would be a painter,” says Alexander Yulish, flush from two nights of celebration for Out of Order, his second solo show at Ace Gallery in Los Angeles. He had tried his hand at other occupations, but, the artist says, “When I realized what I was supposed to be doing, it clicked. I felt whole.” Tall and boyish, with high cheekbones and slightly unruly black hair, the artist speaks about that moment and his subsequent art career with rapid intensity, only moments after sheepishly apologizing for his late arrival to our interview.

But then who could blame him? At an after-party in an especially posh area of Beverly Hills, at the sprawling home of the billionaire art collector Eugenio López Alonso, the artist is surrounded by friends, admirers, and collectors, all vying for a chance to congratulate him on his show. Finally, we sit down at a table on the lower end of the home’s terraced lawn, not far from Jeff Koons’s Elephant, a sculpture that resembles the torso of a man with his hands on his hips as much as it does an elephant.

Yulish, known as Alexi to friends and family, says he started making a career of painting in his 30s, and he’s never stopped. This sophomore show at Ace, one of L.A.’s top galleries, and the fact that López—heir to the Jumex fortune and founder of the Museo Jumex in Mexico City—is one of his keenest supporters is testament to his current success. Yulish, now 42, is collected worldwide, says Ace director Sam Leslie. “There are seasoned collectors,” Leslie says, “but he also draws a young crowd.”

Ace Gallery is located in the stately art deco Desmond building in the Mid-Wilshire neighborhood, and boasts pristine white gallery spaces with high ceilings. Yulish’s acrylic paintings provide an exuberant juxtaposition to the setting, full of colorful cascades of paint, much of it done with a swooping brush and occasional strokes of spray paint. Such movement is reminiscent of the abstract pioneer Wassily Kandinsky, who used musical terms such as “improvisations” and “compositions” to describe his own work. Indeed, Yulish’s works feel likewise improvised, the way jazz is improvised—spontaneous and free-form, yet also structured. They are abstract, although occasionally one might glimpse discernible figures in them. Several appear to show two people interacting or sitting on chairs having a conversation; the title of one large work is Me You and Everything.

Yulish grew up in New York City, but now splits his time between New York and Los Angeles. He says he has been inspired by his mother, Barbara Pearlman, a well-known artist and sculptor who now lives in Mexico. His wife is Nicole Fuller, who specializes in high-end commercial and residential interior design. Both women were in L.A. to celebrate with him. Standing side-by-side with Pearlman, one can easily see where he gets his radiant joie de vivre.

Both the private (May 12) and public (May 13) openings for Out of Order teemed with stylish art and entertainment attendees. A candlelit dinner for 80 followed the private opening, and an invitation-only after-party followed the public opening. Among the notable guests were art consultant Wendy Posner, Valeria Sorci of the Depart Foundation, Billie Milam Weisman of the Frederick R. Weisman Foundation, and JoAnne Colonna of Brillstein Entertainment Partners. The show, which is on view through July 16, features 27 works that range in price from $22,500 to $140,000 (the latter is for a gigantic 18-foot-wide painting). “I work on one painting at a time,” Yulish says. “When I’m done with something, I’m done with it. I will work until I’m exhausted, until it’s finally done.” (acegallery.art)