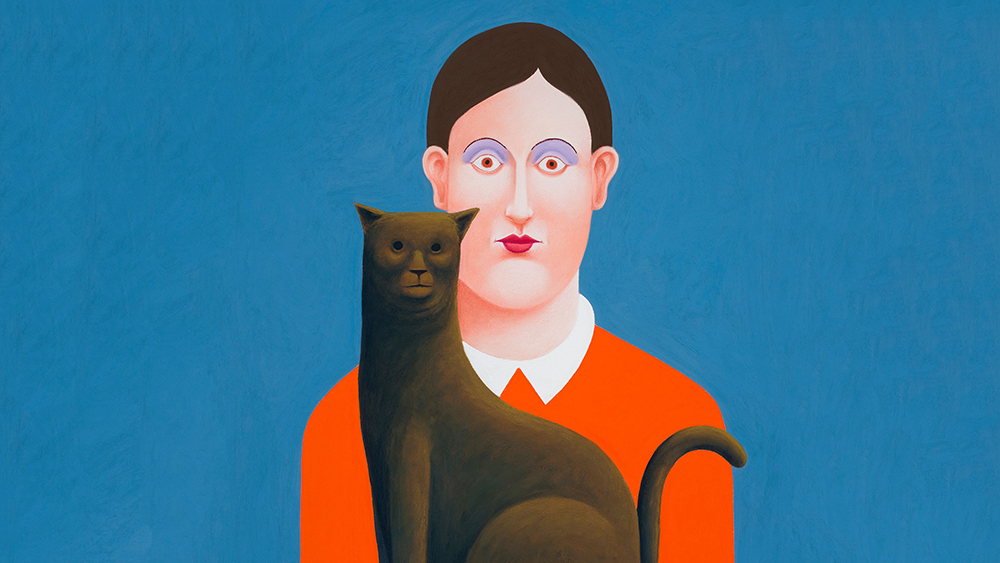 With colors as electric and saturated as a Matisse and dreamy imagery of landscapes, animals and people that carries a whiff of surrealism, Swiss-born, Brooklyn-and Brussels-based artist Nicolas Party has become a favorite of serious curators and speculating auction-goers alike. Now he is set to make his Hauser & Wirth debut with a gonzo exhibition opening in Los Angeles on February 13, conveniently timed with Frieze LA, when the art world will be in town.

The immersive show will feature the full gamut of his varied practice: figurative sculptures of busts and headless bodies, a site-specific installation resembling a chapel and a new series of his signature pastels that pays homage to Dutch old masters Rachel Ruysch and Otto Marseus van Schrieck, known for their moody paintings of flowers and the dark forest floor. Equally influenced by architecture—or, more specifically, the seamless integration of art and architecture achieved by the early Renaissance artist Fra Angelico and others—Party is carving the space into separate rooms divided by tall arches.

A portrait of the artist surrounded by his work.  Courtesy of Axel Dupeux

Don’t let the visually stunning—some would say decorative—appeal of Party’s work fool you: There’s some subversive thinking at play here. Party is out to earn respect for pastels, which he notes have long been denigrated as a woman’s medium. Women, he notes, were barred from the academy and formal study, and pastels were simpler to master at home than oil paint, which required mixing. “Even the word pastel,” he says, “makes you think of light colors, softness and curves.” Party’s thick, layered pastels blur the line between painting and drawing. “I do really cover the canvas quite densely and even use brushes.”

He also cleverly obscures the sex of his portrait subjects. “I’m never defining a gender. The person is not based on anyone who exists—this person exists only on canvas.” In other words, everyone is invited to this party.