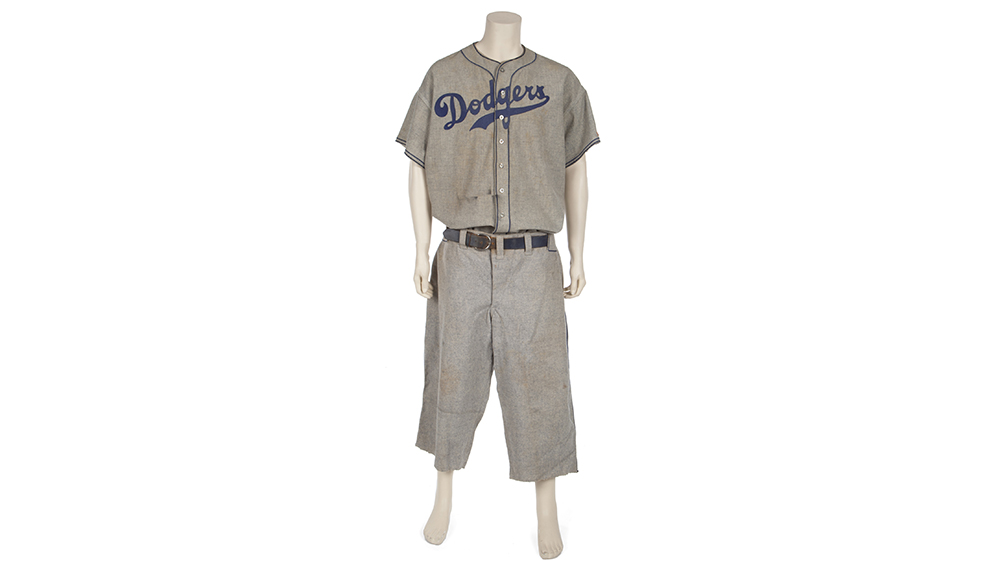 Paying half a million dollars for a used baseball jersey might seem slightly ludicrous—that is, until you find out it was donned by The Great Bambino himself. A Brooklyn Dodgers coaching uniform worn by legendary pro baseballer Babe Ruth during the 1938 season is about to hit the auction block—and is expected to collect a cool $500,000.

For baseball fans, Ruth’s vintage garb is the equivalent of an out-of-the-park home run and is the marquee piece in a 350-item private collection to be sold by Julien’s Auctions. The uniform is indeed riddled with history: 1938 was the year the Sultan of Swat was brought out of retirement and hired as the first base coach for the Brooklyn Dodgers. Though Ruth held this position for less than a full season, his time with the team was paramount—if not for the fans he attracted alone.

“The value of this uniform goes beyond its rarity and significance in baseball. Babe Ruth has a spot on any list as one of the most legendary figures in sports… This full uniform complete with the belt is special in every way.” Brett Hughes, director of the Julien’s Sports Division, told Robb Report.

In the past, the slugger’s gear—such as this World Series ring and this signed bat—has comfortably secured six figures. And earlier this year, a New York Yankees jersey worn by Ruth smashed the world record for the most expensive piece of sporting memorabilia ever sold, fetching a gobsmacking $5.64 million at auction.

Other highlights from the highly anticipated auction include an ultra-rare baseball signed by Joe DiMaggio and Marilyn Monroe—who were briefly married for nine months in the ‘50s—and a pair of Muhammad Ali Everlast boxing shorts from the ‘80s, with a handwritten message that reads: “Service to others is the rent we pay for our room here on Earth.”

The Sports Legend Memorabilia Auction will take place on November 14 in Beverly Hills and online via the Julien’s Auction website.