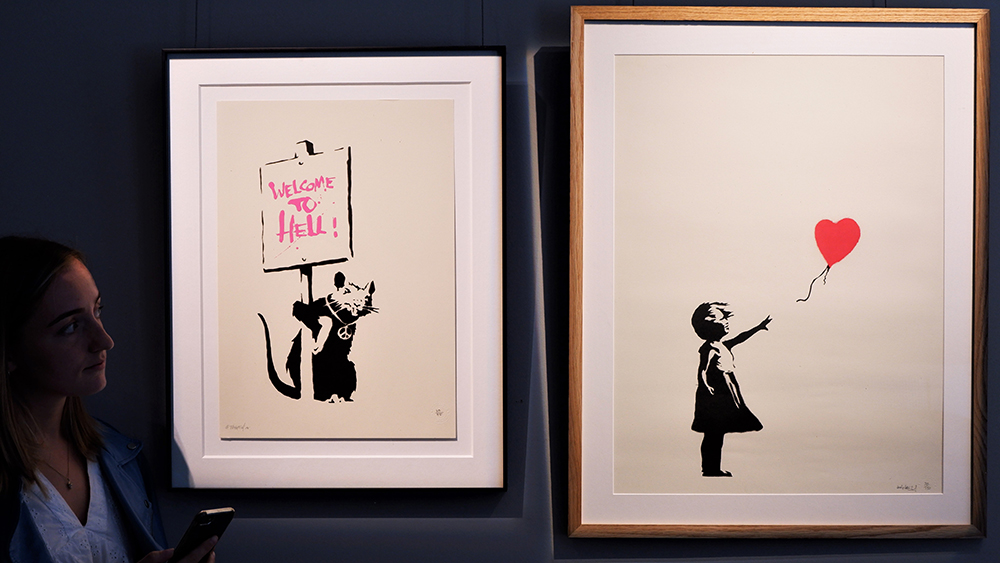 The last time a signature work by Banksy was up for auction the street artist stunned the art world by shredding the work moments after if was sold. Predictably, the stunt—and the buzz it created—has only added to Banksy’s currency. And this September, Christie’s and Sotheby’s will look to offer a snapshot of the anonymous street artist’s popularity by hold dueling auctions of his prints.

To recap for those who may have missed the the artist’s antics at Sotheby’s London last October: As the gavel fell on Banky’s Girl with Balloon (2006) for $1.13 million, the artwork began to slowly slip through a built-in shredder that was hidden within the frame. The prankster artist then posted a video of the shredding, writing “Going, going gone.”

“We are so excited to be offering our first-ever Banksy online auction.” Kirsteen Davidson, a specialist in Sotheby’s prints department, told Robb Report. “Public interest in, and demand for, Banksy’s work has been strong for some time, so of course part of the reasoning behind this sale is to cater to that interest.”

Both Sotheby’s and Christie’s are still finalizing the lineup, but if you’re keen to bid on a Banksy, keep an eye out on the respective websites.