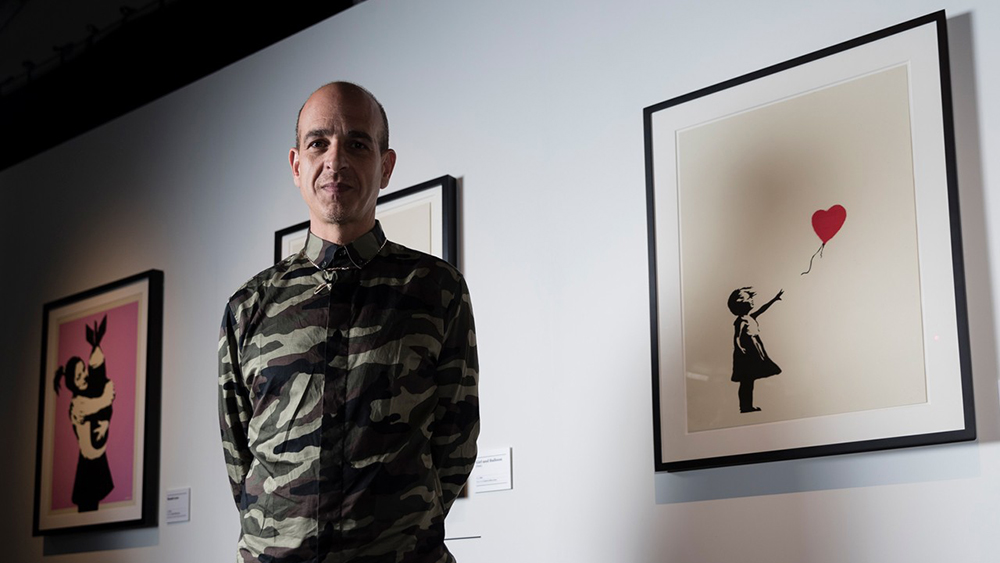 Banksy is quite possibly the art world’s most elusive persona. Though strong theories exist about his identity, none have been confirmed—and his close circle of collaborators is as tight-lipped as they come. Now, the renegade’s longtime agent is releasing a book that details numerous behind-the-scenes stories, including how Banksy created some of his most famous works.

Entitled Banksy Captured, the 250-page volume chronicles the 11 years art dealer Steve Lazarides worked as Banksy’s assistant, agent and photographer. The self-published book compiles a selection of spectacular photographs, all edited down from a collection of 12,000, Lazarides took traveling the world at Banksy’s side on his most daring projects. “We were lawless and did just what we wanted,” Lazarides told The Guardian in an interview about the book.

Lazarides originally met Banksy, who he refers to as Matey Boy, when he was on assignment for Sleaze Nation magazine during a period when he spent much of his time exploring subcultures around the UK. From there, Lazarides became Banksy’s personal documentarian of sorts, in addition to being a trusted lookout to keep the pair from getting arrested as Banksy went to work––“The secret is hi-vis jackets and traffic cones,” Lazarides said. “Nobody stops you if you have them.”

Their relationship deepened further still and Lazarides developed into a partner who would help the artist strategize and act as his agent. He attributes their closeness to having similar upbringings in Bristol. “I was from Bristol like him and loved graffiti art––it was for the dispossessed, those of us who didn’t go to galleries or have private educations,” he said. “So it was a meeting of minds from day one.”

The association with one of the world’s most closely watched artists generated intense interest in Lazarides’ book. Its first edition consisting of 5,000 copies sold out in a matter of days, which may have to do with strong promotion through his social media channels and website. Those same copies are now going for nearly $800 on the secondary market though perhaps not for long as the second edition is all set and will retail for about $32. For the serious collector, Lazarides is selling prints of his photographs on his website starting at approximately $588.

But in the vast archive of photographs, are there any of the famously camera-shy artist? Kind of. He’s only seen from behind or with a red dot placed teasingly over his face. “I’ll never give him up,” said Lazarides. “It’d be like telling a four-year-old Santa doesn’t exist. If he did reveal himself, no one would believe him. They’d be like, ‘Course you are, mate, ‘course you are.’”