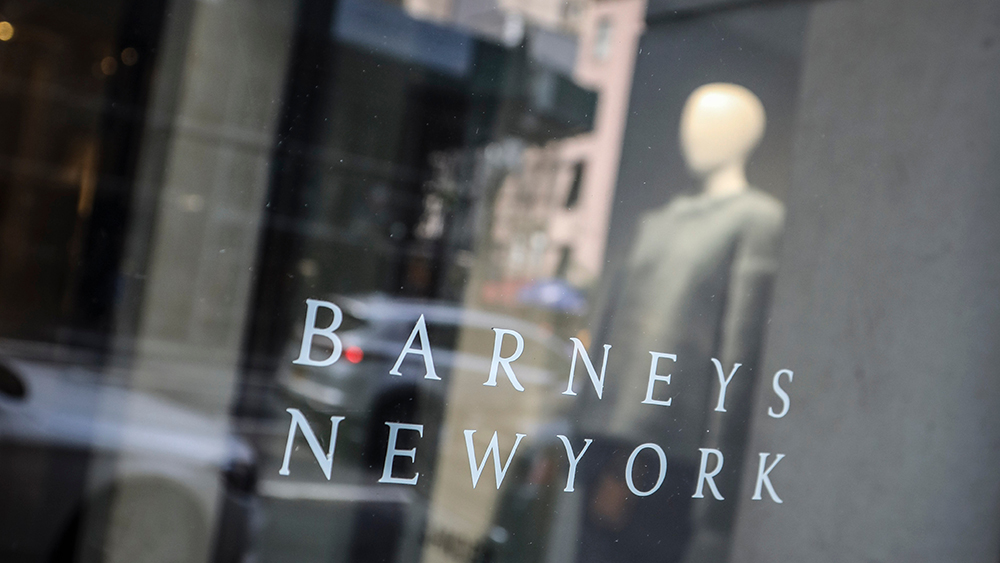 Last month, speculation arose that Barneys New York was under extreme financial stress. This morning, the 96-year-old luxury retailer announced it has filed for bankruptcy protection and plans to close the majority of its stores.

For months, the beloved chain has struggled with the bricks-and-mortar retail woes of exorbitant rent—the annual bill for its Madison Avenue boutique increased to $27.9 million this year from $16.2 million last year, according to The Wall Street Journal—and waning foot traffic, resulting in a stack of unpaid bills to various creditors.

“Like many in our industry, Barneys New York’s financial position has been dramatically impacted by the challenging retail environment and rent structures that are excessively high relative to market demand,” CEO Daniella Vitale said in a statement.

In the Chapter 11 document, filed Tuesday morning in the bankruptcy court for the Southern District of New York, Barneys listed assets and liabilities in the range of $100 million to $500 million. The company, owned by billionaire investor Richard Perry, said it has more than 5,000 creditors, including Celine Inc. (to which it owes $2.7 million), Yves Saint Laurent America Inc. ($2.2 million), Balenciaga America Inc. ($2.1 million), Gucci ($1.8 million), Prada ($1.6 million) among other high-profile brands.

Barneys will close 15 of its 22 stores, including five small concept stores, seven warehouse outlets and outposts in Chicago, Las Vegas and Seattle. For the time being, its young flagship on Seventh Avenue will remain open, as will stores in Beverly Hills, San Francisco, Madison Avenue and Boston. Two Barneys Warehouse stores will also stay open, and the online store will operate as usual.

Barneys has secured a $75 million financing package from affiliates of the Gordon Brothers Group and Hilco Global, which will help the iconic department store continue to operate—albeit a drastically trimmed-down model—and afford additional time to find a buyer. Barneys is being represented by Kirkland & Ellis LLP—which previously managed the highly publicized bankruptcies of retail giants Toys ‘R’ Us, Payless ShoeSource Inc. and the Gymboree Corp.

“Barneys New York board and management team have taken decisive action by entering into a court-supervised process, which will provide the company the necessary tools to conduct a sale process, review our current leases and optimize our operations,” Vitale said.

Barneys currently has around 2,300 employees. The company has requested authority to continue payment of employee wages and benefits; honor customer payments and orders; and pay trade vendors, manufacturing partners and suppliers in full for goods and services provided. The company expects to receive court approval for these requests.

Barneys filed for bankruptcy once before during the late ‘90s and also completed a debt restructuring outside of court in 2012—so there’s hope yet.