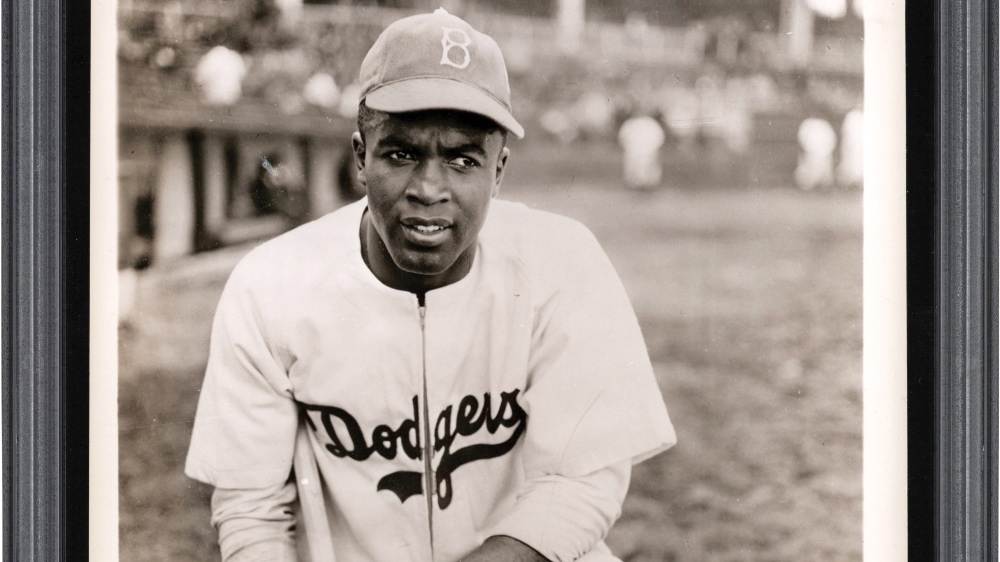 For baseball fans who struck out trying to snag Jackie Robinson memorabilia in September, here’s your chance to step back up to the plate.

Lelands, a New Jersey-based auctioneer, put a rare 1947 original rookie photograph of the iconic player on the block late last month. Part of the house’s 2022 Fall Classic Auction, the image dates back to when the slugger made his debut on the Brooklyn Dodgers—and this year marks the 75th anniversary of the historic event. Most notably, the snapshot was used on the #37 collector’s card from the 1047 Bond Bread Hall of Fame set, consisting of 44 depictions of additional baseball legends, such as Ted Williams and Stan Musial. The photo can also be seen on Robinson’s 1947 D305 Bond Bread Exhibit #38 and in the 1947 Brooklyn Dodgers’ Picture Pack.

The eight-inch-by-10-inch card shows an image of the then 28-year-old Robinson, depicted in black and white, at what appears to be Ebbets Field. The player’s name, abbreviated to “Jack R.”, is written in blue ink on the back of the collector’s item by an unknown hand.

While bids started at $5,000, Lelands expects the card to fetch a high price by the auction’s end on December 10. “This photo is an iconic image of a trailblazing ball player and humanitarian. It is easily one of the top five original images of Jackie Robinson. We expect it could sell for six figures,” president Mike Heffner said in an email to Robb Report. The top bid as of this post was $18,330.

Check out the Robinson’s photograph, as well as additional offerings from Lelands’s 2022 Fall Classic Auction, on its website.