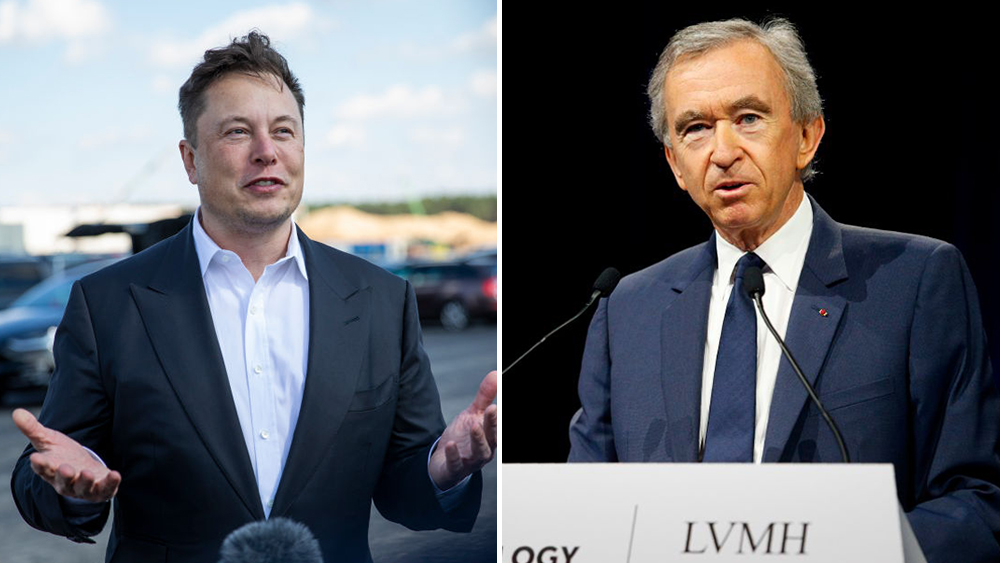 Back in October 2021, Elon Musk’s net worth surpassed a bonkers $300 billion, making him the world’s first person to reach the milestone and the richest at that time. This week, the Tesla and SpaceX CEO has been supplanted as the world’s richest person by LVMH CEO, Bernard Arnault.

The French businessman has held the title four times before—in December 2019, January 2020 as well as May and July of 2021. He surpassed Jeff Bezos as the world’s richest person last summer with a net worth of $186.3 billion. When the markets closed on Thursday, the tycoon’s net worth was reportedly $186.2 billion—$1.2 billion more than Musk’s estimated net worth of $185 billion. Musk may still top the Bloomberg Billionaires Index, but who knows for how much longer.

Given all the controversy around Musk’s $44 billion Twitter takeover—and one strange nightstand image—you’d be forgiven for thinking his choices have disrupted his finances. (And you might be right.) Yet even as Arnault’s net worth surpassed Musk’s twice on Wednesday, the Tesla leader regained the top spot by the time markets closed, with an estimated $185.4 billion that edged out Arnault’s $184.7 billion, according to Forbes.

The roles reversed on Thursday, however, with Arnault’s estimated net worth standing at a reported $185.1 billion as of 9:30 am. Musk’s net worth trailed behind at $184.1 billion. Why? Tesla shares opened trading on Thursday down by one percent, after Bloomberg reported Wednesday evening that Musk may replace some of Twitter’s debt with a personal margin loan. The loan would reportedly be backed by shares of Tesla. This news caused a drop in the marque’s stock, which opened the door for Arnault to surpass Musk in Forbes rankings.

LVMH has enjoyed robust business of late, not doubt bolstering Arnault’s staggering wealth. In October, the conglomerate—which owns Louis Vuitton, Bulgari and Tiffany & Co., among other luxury brands—saw strong third-quarter sales, leading to a rise in luxury shares despite gloomy forecasts by economists. Musk’s messy Twitter takeover, meanwhile, has weighed heavily on Tesla’s stock since he first announced the deal on April 14 (before he attempted to back out of the deal). The marque’s shares are down more than 50 percent this year with nearly all of the drop happening after his initial Twitter takeover announcement.

Musk planned to finance the acquisition of Twitter, in part, with a $6.3 billion personal margin loan. In the end, he scrapped the loan and instead financed the rest of the purchase with his own cash and $8 billion of equity, reports Forbes. Tech stocks have now crashed since mid-April, which means Twitter is likely worth less now than the $44 billion price tag Musk initially agreed to pay.

Whether the outspoken CEO will end up back on top as the world’s richest person remains is an open question. But experts believe the latest reports don’t look good for him—or Tesla investors.