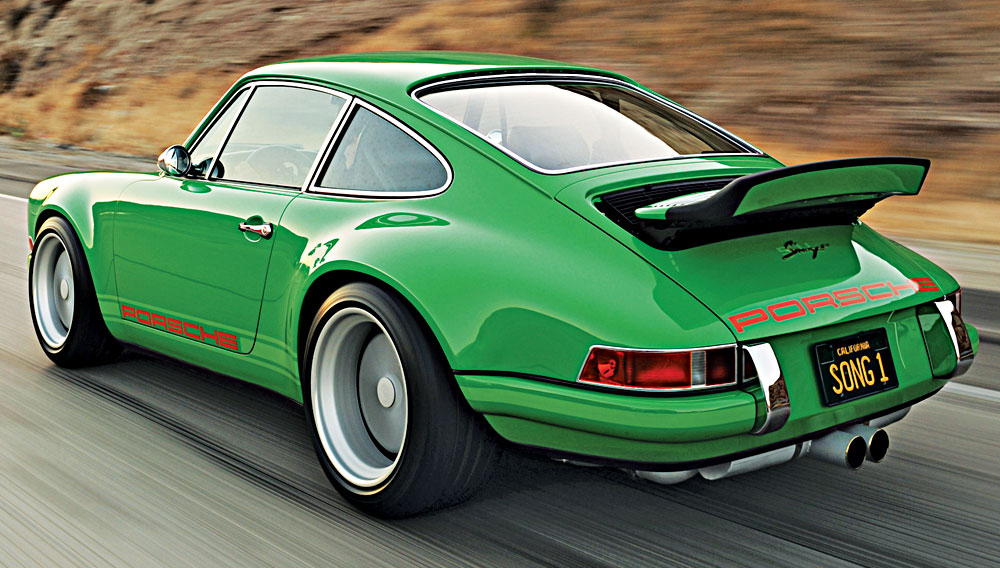 Nearly 40 years after its introduction, the Porsche Carrera RS remains an icon of air-cooled aggression that exemplifies the pure and visceral early 911 breed and represents the best of the 1970s racers. However, the car’s rarity—which partly accounts for the $250,000 to $500,000 a collector could pay for an RS—and relatively modest power bring up the question: Can we have a modern-day version that combines all the desirable aspects of the original with greater performance, safety, and refinement? Singer Vehicle Design has answered affirmatively and created the Singer 911, a jewel of automotive artistry that is priced from $190,000 to more than $300,000, depending on options (which are nearly limitless).

Singer begins with a pre-1994 911 and crafts an entirely new body of carbon fiber, including the original-style bumperettes. Only the doors remain steel, for safety’s sake. Singer upgrades the suspension and braking system to the level of the final 993 iteration of the 911 and adds 17-inch Fuchs-style wheels that preserve the look of the original car. The Singer 911 is powered by a 964-series air-cooled engine built by Cosworth that displaces as much as 3.9 liters and produces from 300 to 425 hp.

Singer’s workmanship approaches Ridler Award standards and makes its vision of the perfect RS a Porsche beyond compare.