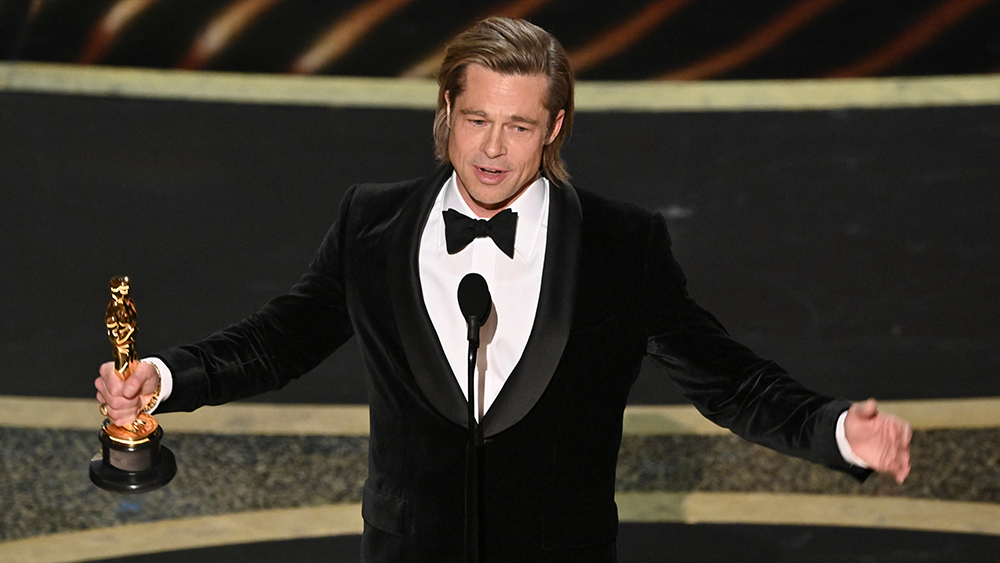 It may have taken him over 30 years, but Brad Pitt finally has an Academy Award to call his own.

The 56-year-old actor won the Oscar for Best Actor in a Supporting Role at the 92nd Annual Academy Awards at the Dolby Theatre in Hollywood on Sunday night. The win, his first in four attempts, was for his role as stuntman Cliff Booth in Quentin Tarantino’s Once Upon a Time… in Hollywood.

Viewed as Tarantino’s love letter to the Hollywood studio system, Once Upon a Time… in Hollywood tells the story of Rick Dalton, a down-on-his-luck former TV star played by DiCaprio, and his one and only friend, Cliff. Both well past their primes, the two men try to figure out what they’re doing with their lives as the 1960s come to an abrupt and violent end in Los Angeles. Along the way, the two men cross paths with Hollywood figures of the era, hippies and, perhaps most memorably of all, three members of the Manson family.

While this is his first Oscar, Pitt had been the favorite for the prize for much of the award season, beating out the likes of Tom Hanks and Joe Pesci at both the Golden Globes and Screen Actors Guild Awards. Pitt was previously nominated for Best Actor for his roles in The Curious Case of Benjamin Button and Moneyball, along with a Best Supporting Actor nod for 12 Monkeys.

The win means that Pitt’s children from his marriage to ex-wife Angelina Jolie—Maddox, Pax, Zahara, Shiloh, Knox and Marcheline—can now brag about having two Oscar winners as parents. (Onstage, Pitt dedicated the award to the kids, saying that “They color everything I do.”) Jolie also has a Best Supporting Actress statuette, having won for her role in 2000’s Girl, Interrupted.