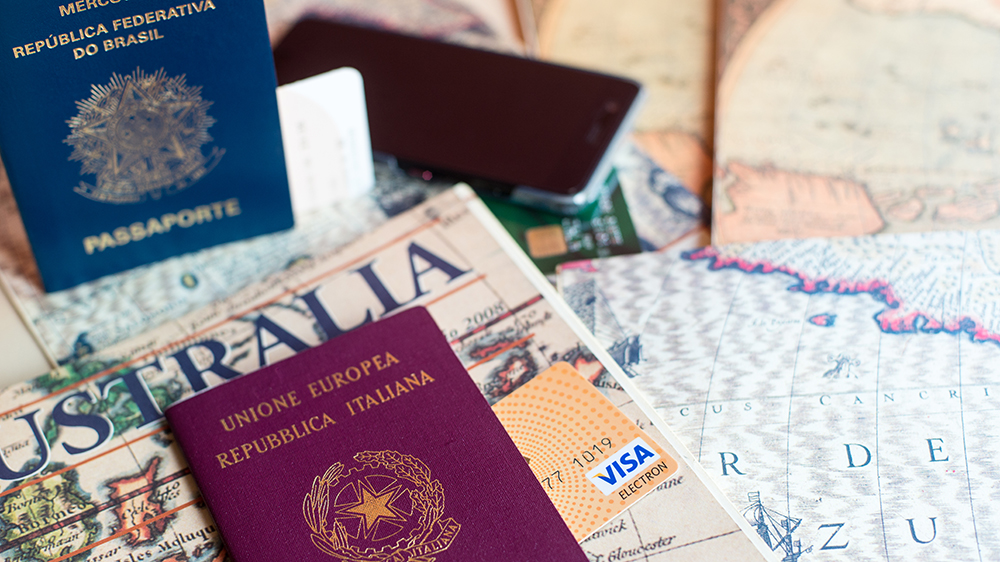 Jim Rogers is living the good life in Singapore. The well-known American investor, and cofounder of the Quantum Fund with George Soros, moved to Singapore in 2007 to take advantage of the emerging Asian markets and has built a comfortable existence there with his family. But he admits he might not stay in the Lion City forever.

“We’re not going to have a very simple and stable world in the next 20 to 30 years, so you need to be able to be mobile,” he says, explaining that the threat of trade wars, environmental disaster, pollution and terrorism means “everybody should have a ‘plan B’ to diversify their living possibilities.” That’s why he and every member of his family have secured additional passports from a third country, not Singapore or the US.

The financial guru is ahead of the curve on what has become a fast-growing trend known as “investment migration.” Wealthy individuals are buying passports legally on the open market to hedge their identities and lifestyles in the same way they hedge their portfolio. Direct passport sales are a $3 billion-a-year business worldwide and growing about 25 percent a year, according to Henley & Partners, a London-based global citizenship and residence consultancy founded in 1997.

At the high end, you can buy a passport from Austria—one of 13 countries that sells them—for $9 million. But that’s steep. Costs range (on average) from $100,000 in Antigua and Barbuda, Dominica and St. Lucia to $130,000 to $150,000 in St. Kitts and Nevis as well as in Grenada and Moldova, $250,000 in Turkey, $1.13 million in Malta and $2.6 million in Cyprus. The Caribbean is the center of the trade, since its islands’ colonial past affords its citizens wide visa-free access, typically to about 130 nations, including the 26 European countries in the Schengen area.

Who’s abandoning national monogamy and why? Many are entrepreneurs who cite practical reasons. Businessmen and women from many countries in Asia, the Middle East and Africa don’t enjoy the kind of visa-free travel that a US or European passport affords and don’t always have time to wait for visas every time they need to travel. Two Saudi clans recently bought 62 Maltese passports to enable family members to flit easily between the Middle East, Europe and the US. Certain wealthy Westerners do not want to reveal their nationalities on passenger lists or hotel registers and find that traveling with passports from smaller countries allows them to remain under the radar. Some US and UK passport holders, in particular, fear they could be terrorist targets.

For others, dissatisfaction with politics in their home countries is the driver. Monty Python actor John Cleese has moved to St. Kitts and Nevis in protest of what he calls Britain’s toxic political culture following the Brexit referendum. “It’s one of the nicest islands I’ve ever been on,” he told a British news show. “The relationship between the races is absolutely superb.”

Escaping hefty personal and corporation tax and capital controls is another draw. Many of the Caribbean islands that sell passports are also low-tax offshore financial centers, notably Antigua and Barbuda, Dominica, Grenada, St. Kitts and Nevis, and St. Lucia. Citizenship can help a tax lawyer make the case that you don’t owe money in other jurisdictions, although lawyers point out that to change your tax residency and take full advantage of a low-tax domicile, you have to spend a considerable amount of time in your new home—more than in the jurisdiction whose taxes you are trying to avoid. Most countries that sell passports do not require buyers to spend more than a week a year in the country.

The system of buying a passport is complex and varies from nation to nation, and an applicant generally needs an advisor, approved and licensed by the relevant government. The best known is Henley & Partners, run by Christian Kaelin—dubbed “the Passport King”—a Swiss lawyer, author and businessman who single-handedly created the modern global passports-for-sale business by spotting the market opportunity and then working with governments to create sales schemes.

Governments typically investigate applicants, using external agencies, including Interpol. If approved, applicants have different ways to pay: Hand over a onetime contribution to the national treasury, invest in a local business, or invest in local real estate, which, usually after a five-year holding period, they are free to sell. Nonrefundable fees range from $35,000 per application in the Caribbean to $560,000 in Austria. The process typically takes six months.

For the countries that sell passports, especially the smaller Caribbean islands, those fees can really add up. Take Antigua: More than $400 million has been generated there through citizenship investment, which represents about 15 percent of annual government revenue and 20 percent of all foreign investment. Speaking in the boardroom of his office, which overlooks Buckingham Palace, Kaelin describes the passport trade as “globalization at its best.”