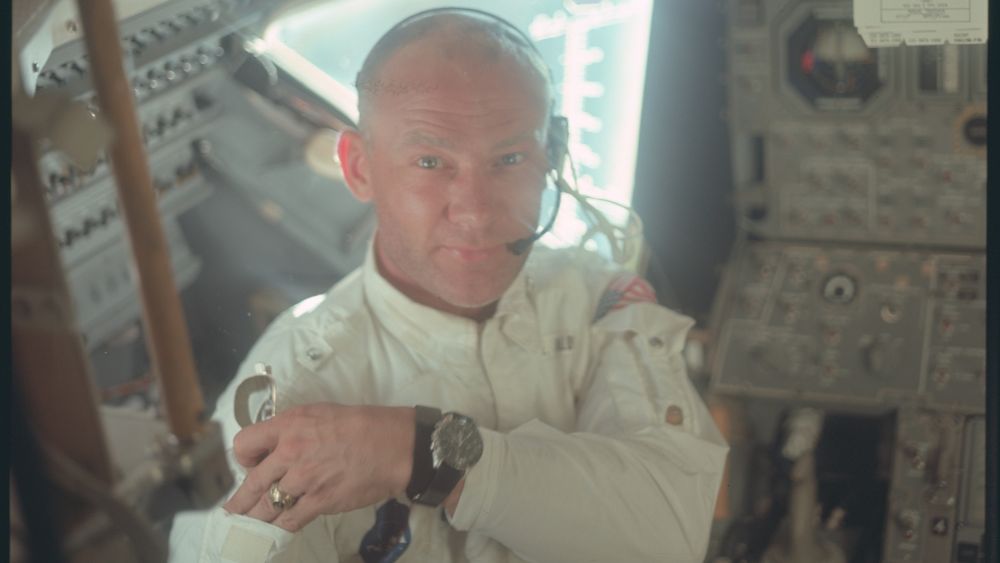 Memorabilia from the first lunar landing are being auctioned off, and the prices are out of this world.

Buzz Aldrin, the second man to walk on the moon, is selling artifacts from the historic Apollo 11 mission and beyond. On July 26, Sotheby’s Buzz Aldrin: American Icon will showcase a mix of personal items from Aldrin’s life and career, one week after the 53rd anniversary of the momentous moon landing. A few of the objects being offered, particularly that space jacket, are estimated to fetch anywhere from $1 million to $2 million. And because digital assets are just as valuable these days, select pieces are also accompanied by NFTs.

“This collection is a summation of my career as an astronaut, from my studies at West Point to my first EVA during Gemini XII, to humankind’s first lunar landing on Apollo 11 where we planted the American flag, and a bit beyond. After deep consideration, the time felt right to share these items with the world, which for many are symbols of a historical moment, but for me have always remained personal mementos of a life dedicated to science and exploration,” Aldrin said in a press statement.

This jacket was worn by Aldrin all the way to the moon and back. The exceptionally rare coverall is made from a fire-resistant material known as Beta Cloth. It’s emblazoned with the astronaut’s name, along with, as you can see, the NASA logo on the right lapel, an Apollo 11 emblem on the left lapel and the American flag on the left shoulder. The same garments worn by fellow crew members Neil Armstrong and Michael Collins are currently housed at the Smithsonian, in addition to their individual A7L pressure suits.

Other items that might interest space enthusiasts include the infamous circuit breaker switch that tripped during liftoff and the felt tip pen used to activate it. There’s also a handstitched ‘Go Army Beat Navy’ banner that was custom made for the Gemini XII mission, a system’s activation checklist, earpiece, water dispenser and the original MTV “Moonman” statuette that was modeled after Aldrin’s iconic flag-planting. Both the circuit breaker switch and pen will come with NFTs containing information about the item and its authenticity.

Science and art aficionados can view a public exhibition of all the contents prior to the sale at Sotheby’s York Avenue galleries. The items will be on display from July 21 to 25.