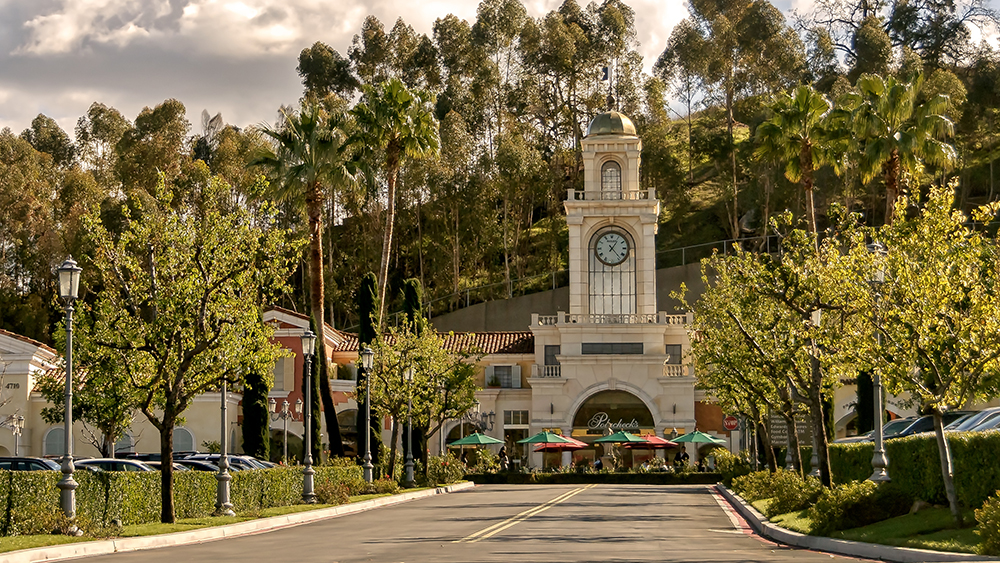 It seems even the ultra-wealthy are trying to keep up with the Kardashians, especially when it comes to real estate.

Throughout their highly successful reality TV series, the family has put a spotlight on the suburb of Calabasas—and now it’s officially the most popular place to live among the country’s elite.

This year, for the first time ever, Calabasas has beat out Beverly Hills for the title of the richest city in the US. According to Bloomberg, the community of roughly 24,300 has an average annual income of $194,000—more than double the national average—and surpassed Beverly Hills by a cool $4,000.

While the tony suburb has all the usual drawcards—low crime rates, good schools and space to boot—the real reason it has grown to prominence is Kimmy K and her posse.

Keeping Up With the Kardashians, which begins its 18th season next month, showcased the secluded nature of the California enclave. Located about 25 miles west of downtown Los Angeles, the community represents an oasis of sorts, where celebrities can live normal lives without being hounded by the paparazzi.

“You’re not going to get tourists walking around Calabasas—you’re going to get the celebrities that live here, going to the gym and going to the supermarket,” Tomer Fridman, a luxury real estate agent who works with the Kardashians, told Bloomberg. “That’s why they live here—for the privacy.”

Unsurprisingly, a bunch of A-listers has flocked to the neighborhood’s various gated communities. Drake lives in Hidden Hills along with Kim and Kanye, while actors Will Smith and Jada Pinkett-Smith have their own 150-acre compound. The Calabasas Country Club even touts the “celebrity factor” as a reason to “make Calabasas home.”

And the celebrities wear their Calabasas badge with pride: Kanye West has released various clothing emblazoned with the city’s name and Drake released a song called “4PM in Calabasas.” Move in and you have instant street cred.

On top of that, Calabasas is relatively cheap: The average home is priced at $1.9 million, while it’s $2.7 million in Beverly Hills, according to Zillow. That’s still quite a chunk of change considering the median home price in the US is $245,000.

Ready to kick it with the A-listers? This six-bedroom Mediterranean mansion is situated in the gated Park South Calabasas Estates and will only set you back $6.7 million.