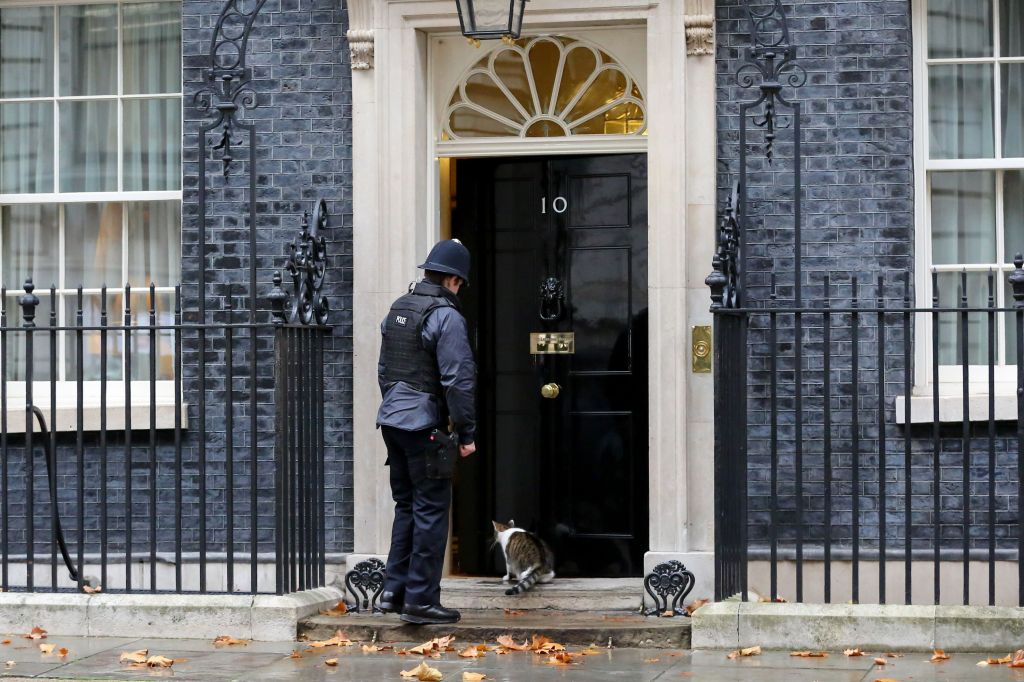 Warning: Cat scratch fever can be costly. A mischievous feline went wild over a BBC art expert’s rare 17th-century painting. The cat clawed straight through Dr. Bendor Grosvenor’s £5,000 ($6,371 at current exchange) artwork by the portrait artist John Michael Wright, a Scottish painter to Stuart kings Charles II and James II. Grosvenor, who is known for his appearances on BBC One’s art show Fake or Fortune? (now on Netflix), had been working on restoring the painting which already had two small tears from weather-related issues that caused the painting’s stretcher to expand. But his pet Padme ultimately finished the painting off.

Grosvenor had covered the painting with paper and brushed it with a warm mix of gelatin and water to preserve it before he could ship it off to London for restoration work, according to the The Telegraph. The concoction meant to protect the painting was apparently catnip for the kitty. Grosvenor was left aghast when his cat suddenly launched itself at the canvas clawing straight through the portrait, which left a gaping hole. His repairs were now at a whole new level.

Looks like his cat took a page out of Banksy’s playbook. The cost of repairs ended up nearly equaling the original cost of the painting, thereby doubling the cost of the portrait. Grosvenor’s appreciation for John Michael Wright clearly exceeded his cat’s tastes. As for Padme, Grosvenor told The Telegraph that his cat is “not a fan of John Michael Wright, and regrets nothing.” Meow.

At least his cat didn’t take out his fury on Grosvenor’s other finds. The art expert has been known for uncovering rare works of art throughout his career, including a portrait of George Villiers, 1st Duke of Buckingham at Pollok House, which had been lost for more than 400 years.

Of course, it could have been worse. Last November, actor Frankie Muniz’s cat was responsible for destroying his entire home, pricey artwork included, after his cat turned on a faucet while the actor was out of town attending his uncle’s funeral.