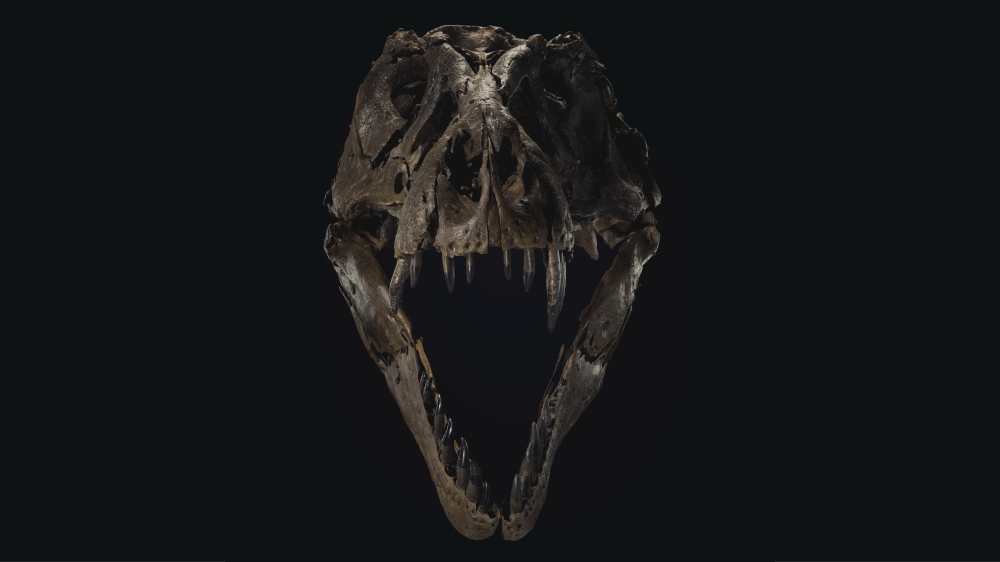 Christie’s latest New York auction is sure to attract a lot of attention—especially from the dinosaur fanatics among us.

Beginning October 6, bidders will get the opportunity to acquire one of the most complete T-Rex skeletons ever discovered, a set dubbed Stan after the paleontologist who first discovered the 67-million-year-old specimen. It comes to the Big Apple by way of the Black Hills Institute in South Dakota where it spent the past 20 years being extensively studied by scientists from around the globe.

“We are honored to be bringing Stan to auction and to have been entrusted with the stewardship of such an iconic and important T. rex,” said James Hyslop, Christie’s head of Scientific Instruments, Globes & Natural History, in a statement. “I’ll never forget the moment I came face to face with him for the first time, after his remount in Colorado––he looked even larger and more ferocious than I’d imagined, a specimen that only further establishes the T. rex’s position as the King of Dinosaurs.”

Stan’s skeleton is among the most complete examples ever found.  Courtesy of Christie's

Measuring 13 feet high and 40 feet long with its tail at full extension, the skeleton contains 188 bones with one of the most complete skulls documented by science containing as many as 58 functioning teeth. It’s estimated Stan would have weighed somewhere between a staggering seven and eight tons when alive. The first bones were uncovered by Stan Sacrison in 1987 but were initially misidentified as belonging to a Triceratops; scientists discovered they were T. rex remains in 1992. The rest of the skeleton took 30,000 hours of meticulous labor to excavate safely, revealing a remarkably intact creature.

More than 50 T-Rex skeletons have been salvaged from the ground since 1902, however, the vast majority are in the permanent collections of natural history museums. That’s what makes this kind of auction so rare, something the firm hopes to highlight by putting on a first-of-its-kind extended public preview at its midtown Manhattan location from September 16th through October 21st. It will act as both an educational opportunity for the public and a chance for seriously interested parties to get their first in-person look.

Stan has an estimated hammer price between $6 million and $8 million. Head to the company’s website to learn more.