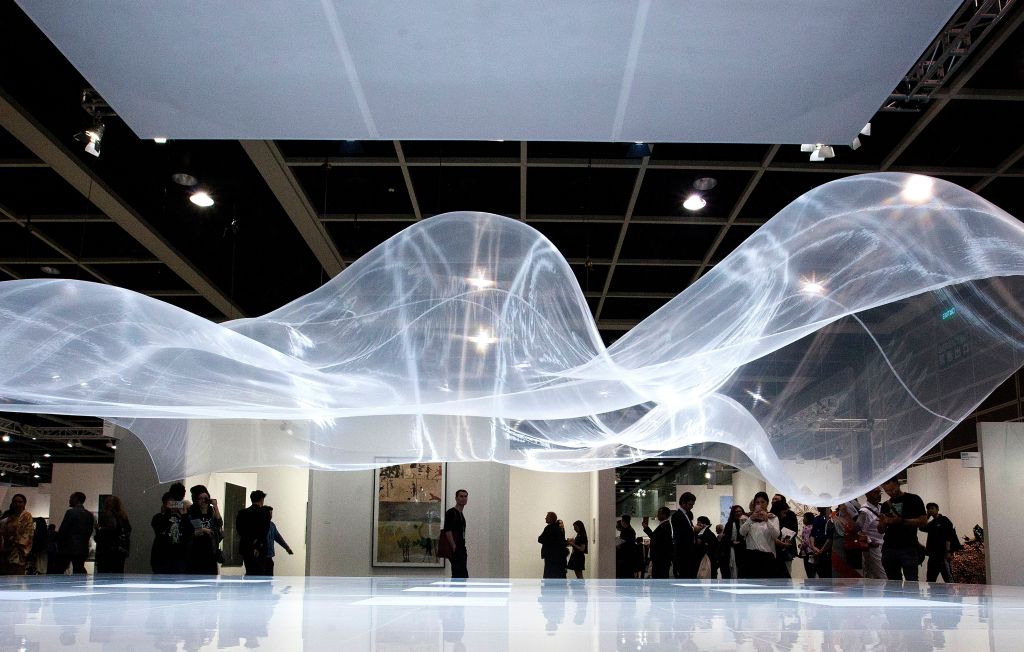 Since first appearing in Wuhan, China in December of last year, the novel coronavirus now recognized as COVID-19 has grown into an international health crisis infecting nearly 90,000 people and claiming more than 3,000 lives. Global travel has been instrumental in the deadly disease’s alarming rise and has allowed it to spread far beyond its point of origin––Italy now has the highest number of confirmed cases in Europe and one of the highest tallies overall––with flights throughout Asia and Europe being put on hold for longer periods every day. As a result, more and more global events have been canceled as a preventative measure or, at least, in the hopes of not making the situation worse. Here is our roundup of the most prominent fairs and trade shows that have been either postponed or canceled so far.

Widely considered the most prestigious trade fair in the watch industry, Baselworld takes place in Switzerland every year for top brands to show off their latest designs. The organization insisted it would go ahead until a rule issued from local government, which prevented large gatherings from taking place as a matter of public health, ultimately caused it to cancel for this year.

The other most important player on the watch trade show circuit, Watches & Wonders’ upcoming show was set for April, which would have marked its 30th iteration. Last year’s show attracted 23,000 visitors, and it was that massive scale that helped inform the decision to cancel the 2020 edition.

Art Basel Hong Kong was among the first major events to get canceled as a result of the coronavirus outbreak. The show is one of the world’s most important, driven by an art-hungry Chinese market coupled with a jet-set crowd eager to follow Art Basel’s lead.

Set to take place in Hong Kong this month, Art Central is another prime art fair in the region that draws gallerists, collectors and buyers from around the world. Its specialty is contemporary Asian art, which is rapidly emerging on the international scene. This year’s event has been canceled.

Sotheby’s operates branches in the world’s most important markets, Hong Kong being one of the most significant. Its spring sales, originally slated for this month, have been postponed until July, with a smattering of sales alternatively taking place in New York City.

Another auction house giant, Christie’s has a full calendar of sales at any given time and has had to adjust swiftly due to the outbreak. The company’s Asian Art Week is a series concentrating on art from throughout the region that is postponed till June. Likewise, contemporary art and wine sales originally scheduled to take place in Hong Kong this month are now set for May.

Beijing’s own gallery weekend has seen a slightly less radical timeline shift than other events in the same vein. Postponed to mid-April from its original March slot, the relatively young fair is actively vying to compete with the likes of Art Basel for both prestige and innovation in China.

A popular specialty event that brings Asian cinema to the small Northern Italian town of Udine, this year’s edition of the Far East Film Festival has been postponed from April to the end of June. Italy has one of the highest numbers of confirmed COVID-19 cases outside of China, and organizers saw the postponement to be necessary in order to aid public health.

No Time to Die

The twenty-fifth installment of the James Bond franchise––also Daniel Craig’s final turn as 007––was scheduled to make its premiere in April. However, after repeated pleas from fans concerned about the number of large public events a film rollout entails, the movie’s producers have set a new date for November.

Considered the world’s most prestigious furniture fair, Salone del Mobile is where just about every major trend in the design industry originates. It’s so influential that companies as large as Google have participated in recent years. Its traditional home base is Milan, one of Europe’s hardest-hit cities when it comes to the number of confirmed coronavirus cases. This year’s event, which would’ve taken place in April, has been postponed until June.

The world’s leading event for lighting and building services, this fair takes place in Germany annually. This year’s iteration was originally supposed to take place at the beginning of March but has now been postponed until September, when organizers hope the virus’s spread will be stemmed.

Small yet remarkably influential, Tokyo Fashion Week is a hotbed of talent that much of the fashion world looks to for inspiration. With the number of coronavirus cases in Japan still on the rise, this season’s runway shows and accompanying festivities have been canceled.

The fashion icon opted out of showing during his normal slot during New York Fashion Week in February, choosing instead to conduct his Fall 2020 show in April. The company announced that, with uncertainties surrounding the coronavirus increasing, it would cancel the event rather than risk public safety.

China’s Grand Prix is a round of Formula 1’s world championship and, as such, is one of its most important events. Originally scheduled for mid-April, the major event has officially been postponed, although the racing organization has not yet provided a new date.

The Geneva Motor Show is where some of the automotive industry’s most venerable marques introduce new models or sleek concepts. The Swiss government’s order banning events of 1,000 people or more has forced the show to cancel for this year.

Another major event in the world of cars, the Beijing Auto Show has been held annually since 1990 and has become ever more important, as China has become one of the world’s largest auto markets. The show was due for April but has since been postponed. No new dates have yet been provided.

Planned to take place in Japan’s Saga Prefecture, Asia’s 50 Best Restaurants has decided to cancel the live version of its awards ceremony naming its top eateries and will instead opt for a streamed version of events.

Japan’s International Boat Show is the largest of its kind in the country with a dedicated following. After intense discussion, the organizing body has decided to forgo the option to postpone, choosing instead to cancel for this year.

Expected to take place in the stunning new Dubai Harbour, the Dubai International Boat Show is a lavish affair with some of the world’s most extravagant watercraft on display. The show announced that it has postponed the event until November rather than move forward with its original March date.

Held every two years since 2014, the Taiwan International Boat Show takes place at the Kaohsiung Exhibition Center and consistently draw exhibitors from every corner of the planet. This year’s festivities have been postponed, but no new dates have yet been offered.

The Korea International Boat Show was set to have its 13th annual event this year in March. Seeing as South Korea has a number of confirmed COVID-19 cases, it has been postponed until the beginning of June.

Hong Kong has a storied harbor and a long history when it comes to maritime expedition. Given its proximity to the outbreak’s point of origin, this year’s event has been postponed, though no new dates have been provided.

Singapore is widely recognized for its affluent population, one which is keen to take to the water in style. The small island nation’s prestigious yacht show has been postponed until October to prevent drawing large crowds during the outbreak’s peak.

Shanghai is China’s largest city and a major financial hub both there and abroad. Being on the water means the metropolis is prime territory for a spectacular fair. Though it was scheduled to take place at the end of March, the show has been postponed until the end of June.

The Asian Business Aviation Conference (ABACE) is the region’s largest event dedicated to showcasing business aviation products to C-suite executives and other successful entrepreneurs. This year’s iteration has been canceled, though it is expected to take place as normal next year.