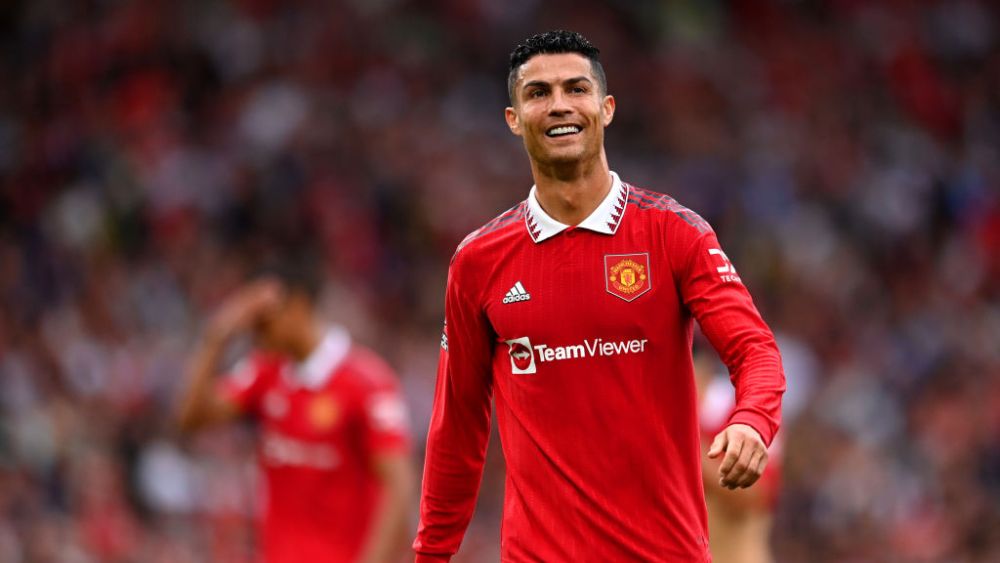 Cristiano Ronaldo has broken another amazing record, but this time, it has nothing to do with soccer. He’s now the first person in the world to surpass 500 million followers on Instagram.

That’s right: Ronaldo has beat out the likes of Kim Kardashian and Kylie Jenner for the most followed celeb on the social-media platform. In fact, fellow footballer Lionel Messi holds the record for the second-most fans, with a whopping 377 million. Ronaldo shared the news earlier today in a video on his page: “My life, career and thoughts, shared with you, always. You are part of my story and together we’ve achieved so much. More than I could dream. In every post, each moment, your support. Thank you!”

Of all of Ronaldo’s and Messi’s accolades, it was a recently released Louis Vuitton campaign that seemingly broke the internet this past weekend. On Saturday, ahead of this year’s World Cup, the players each posted a photo of them that was taken by Annie Leibovitz for the French luxury house. In the snapshot, the two international stars can be seen playing chess on top of branded LV trunks. The ad has since gone viral, racking up about 38 million likes on Ronaldo’s page alone. Messi’s image currently has over 29 million likes. Although, still no word on who won the match.

“In addition to a long tradition of crafting trunks for the world’s most coveted sporting trophies, the Maison celebrates two of the most talented football players today,” Louis Vuitton captioned their post. Antoine Arnault, head of communications and image at LVMH, also weighed in on the historical moment and uploaded the picture to his grid, noting that it was a project 15 years in the making. “Two legends. Two kings. Two idols. Two incredible destinies,” he wrote.

More recently, it was announced that Ronaldo, who’s currently with the Portugal national team in Qatar for the 2022 World Cup, would be leaving Manchester United. The club confirmed the decision to immediately part ways with the striker, citing that the split was mutual.