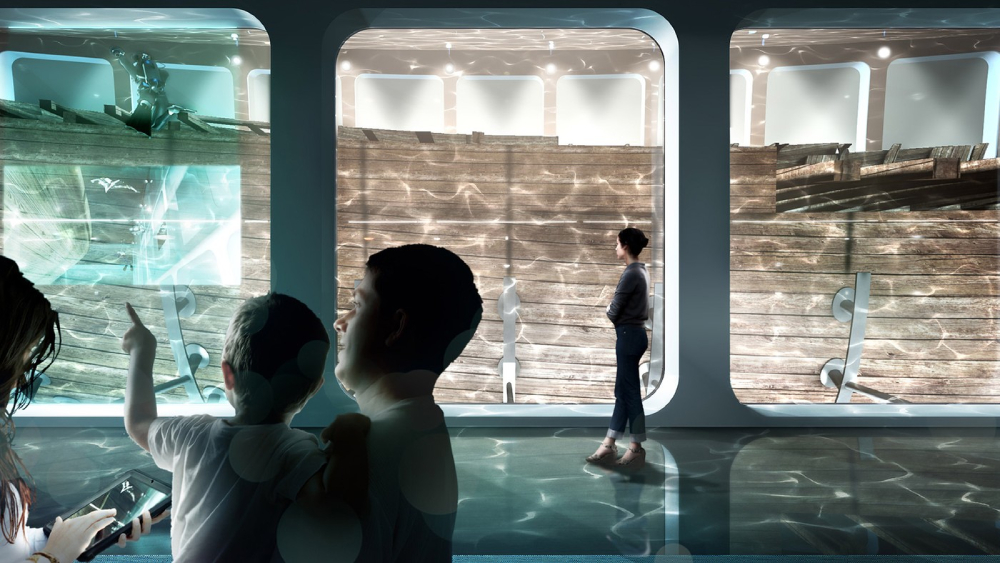 Talk about an immersive experience.

While countless tales have been told about shipwrecks and sunken treasures over the centuries, Dutch architecture firm ZJA is bringing members of the public closer to the real thing than ever before. The company just unveiled plans for an underwater museum in the Netherlands entitled Docking the Amsterdam which would be built around a genuine 271-year-old sunken vessel. Though the ship originally went under off the coast of Hastings in the U.K., it will be brought (still submerged) to its new home for the project. Once in place, the ship will be held in a massive glass tank where visitors can inspect its 40m-long body from many different angles.

“Visiting this venue is like entering a theater that stages the investigation in progress and engages the public with the discoveries the divers and researchers do inside the wreck,” reads the project’s description. Though this is certainly the case, the nascent museum also has the potential to engage with an even more timely conversation.

The museum’s exterior will have a domed canopy made from technical fabrics.  ZJA

The cargo ship was originally part of the Dutch East India Company’s fleet and was returning from its maiden voyage to India when a storm damaged it so badly the captain intentionally beached it. Though the company was a pioneer in trade, students of history are also familiar with its critical role in colonialism and the slave trade which emerged as a result. The firm told Dezeen that, “reassessment and discussion” are essential in accurately relaying its history.

As far as the museum’s exterior, current plans call for a domed roof that will enclose the space with technical fabric. This not only allows more natural light to flood the interior but also creates enough room for an elevated walkway where visitors can view the ships’ remains from above.

The museum does not yet have an official opening date, but ZJA hopes it can begin welcoming guests in 2025.