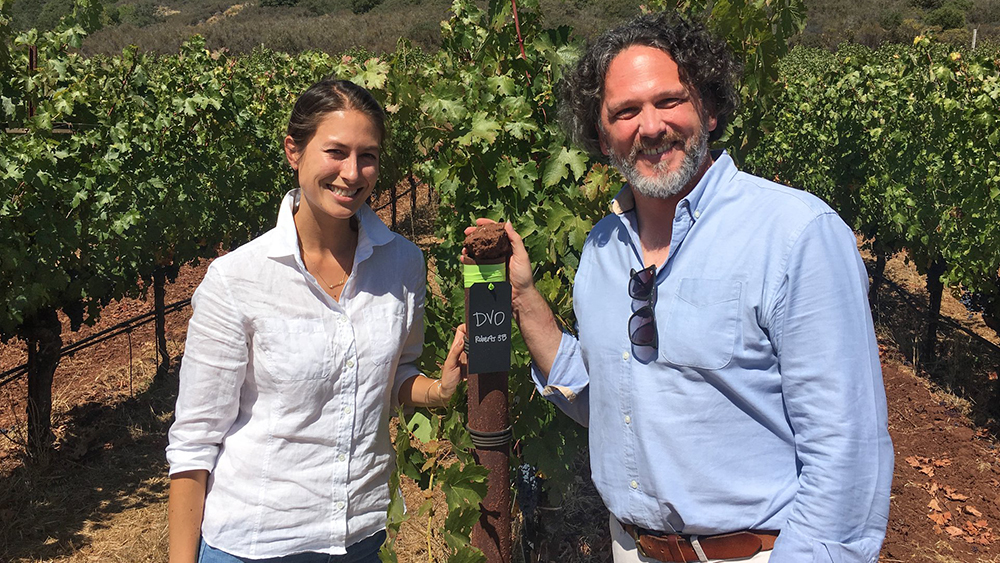 As director of the estate and winemaking for Bolgheri’s Ornellaia and Massetto, Axel Heinz is responsible for two of the world’s legendary, so-called Super Tuscans—wines launched in the early 1970s by producers who embraced the grapes and techniques of Bordeaux, breaking with the prescriptive winemaking traditions of Tuscany (and earning global acclaim and lofty bottle prices in the process). Even so, his ties with Napa—and those of the Tuscan estates—and his fascination for Napa’s wines and the region’s pioneering spirit go way back. Heinz explains: “Ornellaia has had a long connection with Napa. For a moment, the estate was co-owned by the Mondavi family, which allowed us to travel to Napa regularly and develop many friendships. And personally, I have been a member of the board of the International Cabernet Symposium, hosted by the Oakville Grower’s Association.”

In that last role, he met Naoko Dalla Valle, founder of her eponymous icon of a Napa Valley winery, and her daughter, Maya, who is now the winemaker. The younger Dalla Valle, whose first international harvest experience was at Ornellaia in 2013, describes the spirit of the connection: “Axel and I both studied at the same agronomic engineering school in Bordeaux, so we have a similar background and understanding of Bordeaux wines and varieties. And working at Ornellaia, I was incredibly impressed by Axel’s ability to use technical data while maintaining a hands-on and creative approach to winemaking.”

Now, Heinz and Dalla Valle are working together again, on a one-of-a-kind collaboration between the Old World and the New, between Ornellaia and Dalla Valle. Their new wine is DVO, made with Napa Valley fruit but guided by decisions—both in the vineyard and in the cellar—that Heinz and Dalla Valle make together. Even though Dalla Valle hesitates to set expectations when starting any new venture (great wine, after all, is a distinct product of a place and time, coaxed to its best self through choices in direct response to the conditions of the vintage), this is an experiment with intent. “We certainly are not trying to make an Old World wine in Napa,” she says, “but rather, one that shows restraint and potential for a long life.”

DVO is a blend of Cabernet Sauvignon and Cabernet Franc.  Photo: Courtesy of DVO

Heinz concurs. “Our idea was never to make an atypical Napa wine,” he says, “but one that combines the character of Napa with a slight Old World twist, with balance and a sense of proportion as main features.” You might expect their goal of balance and proportion to hinge on early picking decisions, to keep acidity levels high and alcohol levels in check. But Heinz explains the balance differently: “We achieved this mostly through a mix of vineyard sources, combining classic Napa Valley fruit with grapes from cooler and later-ripening sites for freshness and aromatic complexity.” And, he says, the wine has come very close to meeting their expectations—“probably helped by the cooler, later-ripening 2018 vintage itself,” he admits.

Indeed, the DVO 2018 Napa Valley ($275), a blend of 84 percent Cabernet Sauvignon and 16 percent Cabernet Franc, from vineyards in Oakville, Mt. Veeder and Coombsville, is fresh and fragrant, opening with a seamless balance of earth and fruit—cassis, blackberry and loam—anchoring a swirl of cedar, graphite, warm spice, hints of tobacco and delicate florals. The palate surprises with great generosity, even lushness, upfront, with multi-colored berry, cherry and plum flavors giving way to complex layers of savory crushed herbs and black tea, all marked by both concentration and brightness. Firm but mature tannins build through a lingering finish, promising a good life in the cellar.

“Balance,” “proportion,” “restraint”—these are descriptors that might have been anachronistic in the Napa Valley of the late 1990s and early aughts, when the chase was on for the ripest-possible fruit, resulting alcohol be damned (or deleted). But the words reverberate around the valley today, as winemakers have regained their senses and found a new sense of proportion. In this mix, DVO shines as an example of the objective: the pinpoint balance between richness, vibrancy and structure that Napa Valley is capable of delivering. And as a top-tier Old World–New World effort, much of the wine world will probably notice.