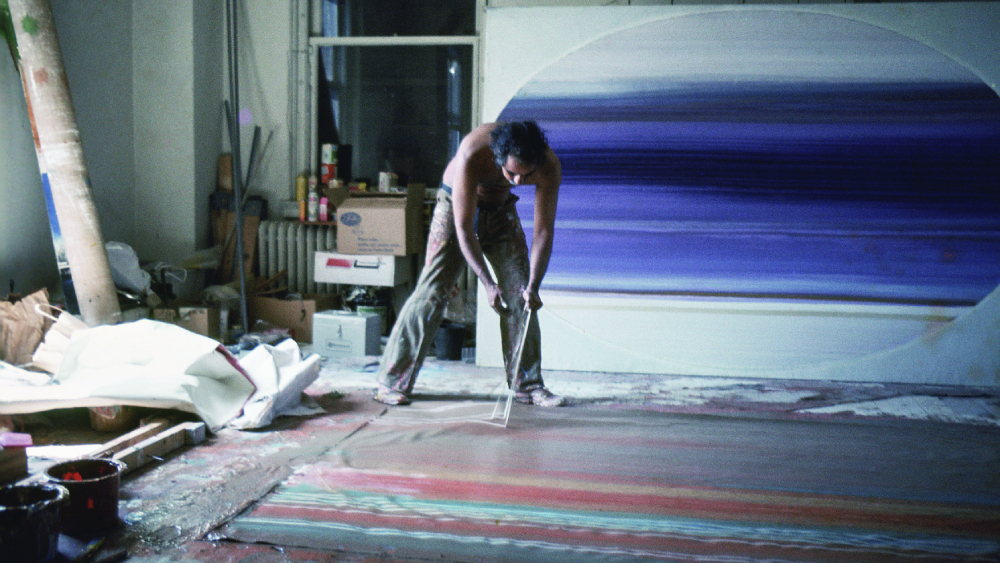 Courtesy of The Estate of Ed Clark/Hauser & Wirth

Ed Clark canvases, with their broad, juicy, brushy strokes of brilliant color, are unmistakable, as identifiable as Jackson Pollock’s drip paintings or Mark Rothko’s hazy red rectangles. Clark, an African-American artist who died in October at the age of 93, was influential to generations of artists but never gained the same household-name status as his fellow abstract expressionists. In recent years that slight has been on a course correction, and a new Los Angeles exhibition on view until January offers a glimpse of his groundbreaking midcareer work.

Hauser & Wirth is showing a dozen of Clark’s paintings made between 1960 and 1980, when he was honing what he called his “big sweep” technique: laying his gigantic canvases on the floor and spreading pigment across them with a janitor’s push broom, the widest “brush” he could find. The effect is simultaneously muscular and graceful.

Born in New Orleans in 1926 and raised primarily in Chicago, where his family had moved during the Great Migration, Clark spent most of his adult life hopping between New York, the postwar capital of the art world, and Paris, where he had an easier time escaping racism and hung out with fellow expats James Baldwin and Richard Wright. “There he wasn’t a Black artist,” says Hauser & Wirth director Madeline Warren. “He was an American artist.”

A detail of Locomotion, 1963.  Courtesy of The Estate of Ed Clark/Hauser & Wirth

Clark traveled widely, soaking up the unique hues he found in Greece, China, Brazil and the American Southwest. Warren says a particular group of paintings featured in the exhibition, from the ’70s and with more layers of thicker paint, demonstrate his uncanny abilities as a colorist. “He’s blending complicated colors—blues, pinks, yellows—which should become brown, but these are light-filled, striated paintings,” she says.

Clark was also a pioneer of the shaped, or non-rectangular, canvas, before Frank Stella or Ellsworth Kelly, and a few of his circular and oval examples will be on view. “He had such an incredibly long career,” Warren says. “But he was never able to rest on his laurels. He was always innovating.”