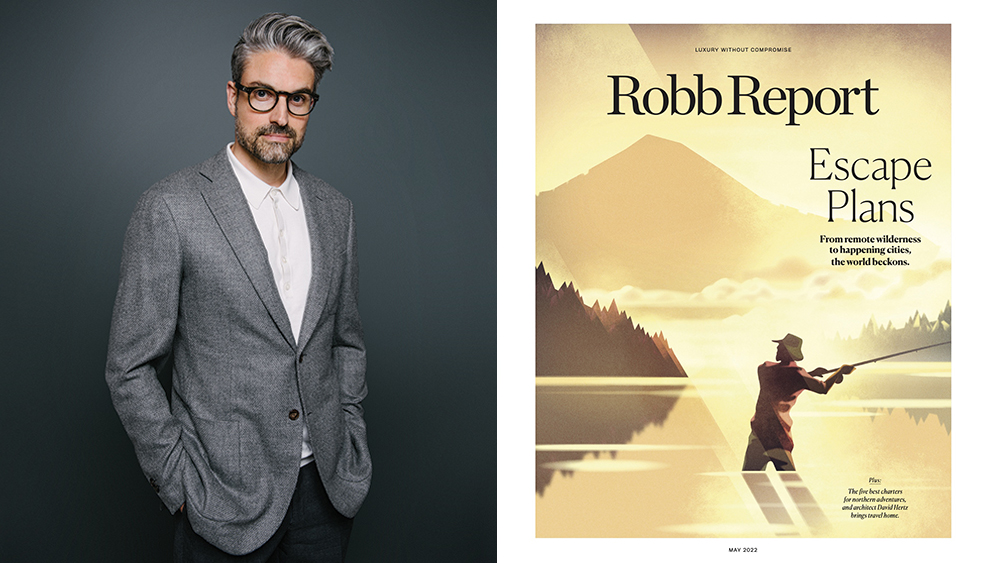 I had never been so wet, or so on edge. The former wasn’t a huge surprise, as I was standing in a river in the rain with a hole in my boot. The latter was more notable because I’d traveled a long way to search for a bear that was both mysterious and rare and I was—so I thought—just minutes away from finding one. And these creatures are not small, so the heady cocktail of anticipation, adventure and danger was intoxicating.

I was in British Columbia’s Great Bear Rainforest. Everything there was damp and green: moss, trees, leaves and my clothing. Even the waterproof cover for my enormous camera lens was camo. Nothing was being left to chance. I was stalking the spirit bear, a white strain of black bear native only to this forest and possibly reduced to just 60 in number, depending on who you spoke to. I spent a magical four days in that forest with a fascinating guide, trekking, crouching, waiting. I observed black bears, grizzly bears and hundreds of eagles. But I never saw the spirit bear.

Was it a wasted trip? Of course not. It’s one of the most beautiful places on earth, and the whole experience was magical (though I admit it would have been more magical had I seen one of the damn things), so I can entirely understand why writer Jen Murphy has been returning to Nimmo Bay, also in the Great Bear Rainforest, for seven years. Her description of a former fishing lodge’s evolution into a luxury eco resort there had me gazing off into the middle distance lost in memories of my own.

While travel is our focus this month, we’ve come at the subject a little differently. For example, we navigate Paris through the lens of African cuisine and the chefs who are introducing the flavors and dishes of their families’ homelands to the French capital. One restaurant, Mosuke, claimed a Michelin star just four months after opening, and its chef, French-Malian Mory Sacko, has become something of a figurehead for this new culinary movement: Famously, he cooked for both former president François Hollande and his successor, Emmanuel Macron. But as Vivian Song explains, Sacko is just one of a cohort of “second-generation Afro-French who are defying a longstanding notion held by their immigrant parents that traditional Senegalese and Malian cuisines… have no place among the French gastronomic elite.”

Another story I’m sure will fascinate you is our profile of architect David Hertz, who manages to bring the physical manifestations of journeys—think wings of planes and sails of ships—to his work in extraordinary ways. His aesthetic is born of a desire not just to challenge conventions with sensational design but also to create homes that are sustainable. “I think we will get to a place where the built environment is actually giving back more than it takes over its life,” he says. Prepare to be wowed.

Thoughts of wow bring us to Antarctica. A bucket-list regular, its attraction is in no small part due to its inaccessibility: Few will ever get to witness one of the least-populated wildernesses on earth. There are those who argue that’s as it should be, as any human visitation might damage the continent’s fragile ecosystem, while others claim that those who do venture there become ambassadors for its protection, such is the powerful effect it can have on the soul. Would you go?

As ever, there are plenty of stories elsewhere to catch your attention, from a pair of Ferrari test-drives to Tiffany’s new multimillion-dollar World’s Fair Necklace to the success at auction of large-format wine bottles (and it’s not just because they contain more to drink—at least not entirely), plus a fascinating new documentary on watchmaking, time and the hold both have over us.

Enjoy the issue—and if anyone happens to spot a spirit bear anywhere, do please let me know…