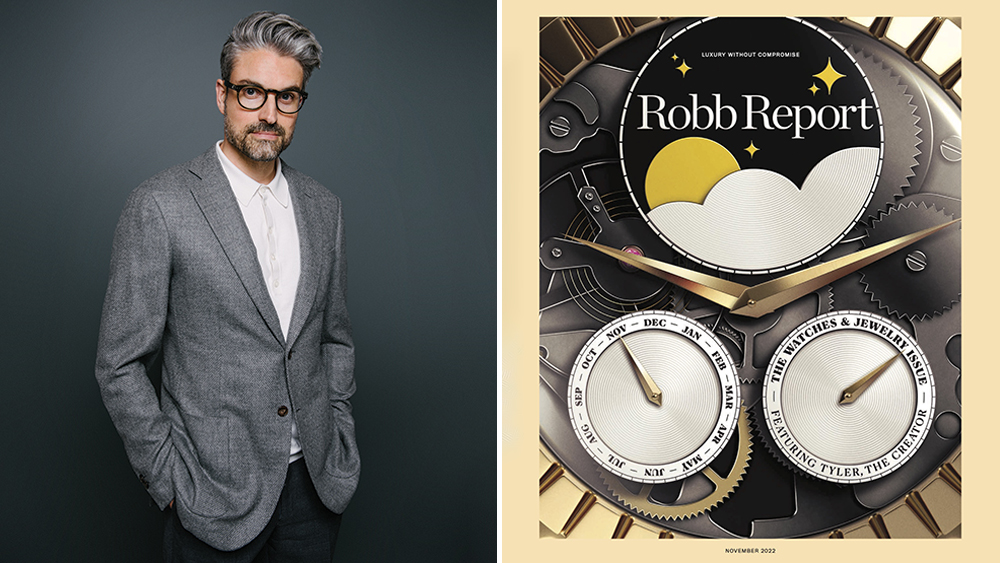 November already? In that case, it’s time for one of my favorite issues: our annual watch and jewelry special. For anyone interested—or, like us, borderline obsessed—with craft and creation at the highest level, these two fields offer rich rewards.

That such exquisite work is often undertaken on the smallest scale only compounds the awe with which we view exceptional timepieces and statement necklaces, particularly when you consider the years of exacting labor that have gone into producing them. You’ll see magical examples of both among these pages.

For a while there, Japan was a nation non grata in haute horlogerie. You know the story, I’m sure: The invention of the quartz movement by Seiko in the 1970s, soon adopted by Casio and Citizen, sent the luxury-watch industry into a nosedive from which it only just pulled out. Viewed through a longer lens, however, the emergence of these cheap, accurate and mass-market timepieces clearly forced the Swiss to reach new heights of endeavor and excellence in mechanical movements, enabling them to claw back market share over the next few decades.

Now, ironically, some of the most fascinating independent mechanical watchmaking is coming out of Japan, from tiny workshops that are home to artisans doing things meticulously, by hand and to dizzying standards. We spent some time with four of the finest—and the resulting feature story is a must-read for collectors not driven by the herd.

Speaking of which, one connoisseur with a very particular and far from mainstream aesthetic—which informs his choices in not just watches and jewelry but also cars, books, music and even luggage—is Tyler, The Creator. The two-time Grammy-winning artist has a sweeping musical vocabulary that includes jazz, rock, electro and soul along with hip-hop, and all are evident in his discography over the past decade. But as much as I like his music, what intrigues me just as much is his singular and striking taste.

Take his watches. He still wears the Casios and SpongeBob SquarePants pieces he’s had since his youth, but the internet overheated last year when Tyler was seen wearing a Cartier Crash, which helped push the price of that particular model to record levels on the secondary market. As the rest of the boldfaced names in the music industry gravitated toward Tiffany-dial 5711s, Tyler swam upstream and picked up more vintage Cartier at auction—and in both size and shape, they’re not what you might expect. He now has an armful. Meanwhile, his jewelry reflects the multiple personas he adopted for recent albums, but always with a twist. His car collection includes Rolls-Royce (old and new), McLaren, BMW, but also Lancia and Fiat. “I love square, boxy cars in pastel colors,” he says. Whatever “normal” is, you won’t find it here. When I asked if he’d take us into his world via the pieces that mean the most to him, he was game—despite not having granted any other publication this level of access. So why say yes? “I think you guys are very tasteful and just cool,” he said. Meet Tyler, the Curator, on page 138.

For the luckiest jewelry collectors, creating something unique—from selecting the stone to designing the cut and observing the polishing process—represents a once-in-a-lifetime grail. Which is how rough diamonds came to be among the most desired objects in the world—with price tags to match. Our watch and jewelry editor, Paige Reddinger (who has been kept busy this issue, as you can imagine), describes the journeys these stones go on, and how they come to be part of the collections of a fortunate few, at the link here.

Elsewhere, we showcase those “wow” necklaces I mentioned—in case you’re looking for holiday-gift ideas. And we explore restomod yachts, take the new Porsche GT3 RS for a spin and discover how it feels to put almost your entire watch collection up for auction. Plus we learn the secrets of putting on the perfect party, as well as how to pick a trophy wine and concoct a potent punch, all in our Host’s Guide at the back of the magazine.