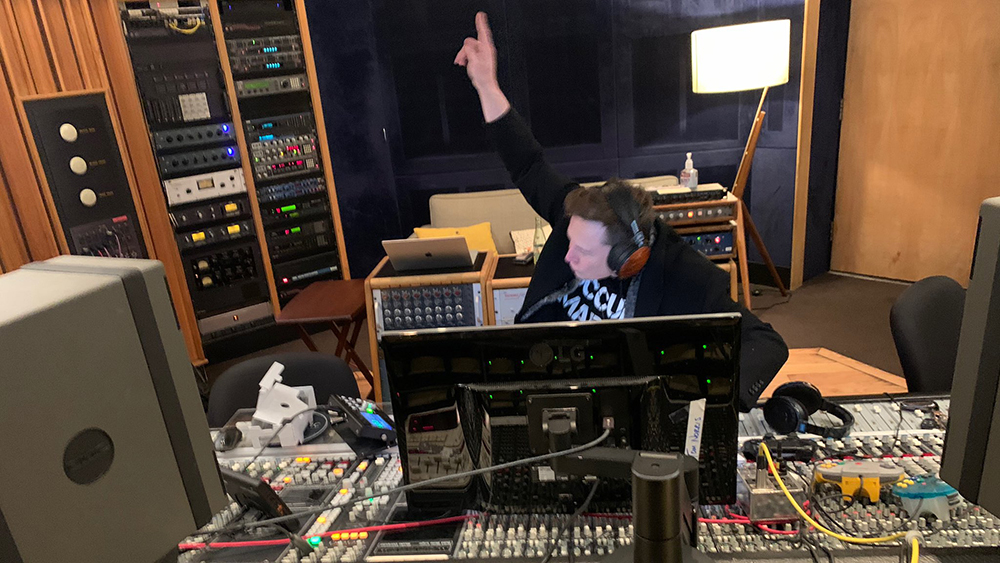 Elon Musk just gave the internet a melodical Friday treat. In the wee hours of the morning, the Space X and Tesla CEO shared a new four-minute track titled “Don’t Doubt ur Vibe.”

After several teaser tweets, Musk finally shared a link to the song on SoundCloud at 1:20 am. The tech billionaire also temporarily changed his Twitter handle to E “D” M—we see what you did there, Elon—and shared a few pics of the recording process.

Elon Musk gets serious in the studio.  Elon Musk/Twitter

Still, Musk has managed to turn out a track that is both trancelike and catchy—somewhere in between running music and dancefloor…something.  With a pulsing, ambient backing and airy electro vocals, the final product sits pretty squarely in the oh-so-hallowed EDM universe. Perhaps the 48-year-old borrowed some inspiration from his girlfriend Grimes, who is an undisputed electropop queen.

With tongue firmly in cheek, Musk also left a few easter eggs on the SoundCloud page: His username is Emo G Records—get it?—while the song has been tagged “anime” for reasons that aren’t entirely clear (Nerd speak? In-joke? Plain mischief?). The Guardian even pointed out that if you leave Soundcloud running after Musk’s track ends, the app starts playing a song by rapper almndjoy called “Erectile Dysfunction.”

Love it or laugh at it, at the time of writing, “Don’t Doubt ur Vibe” has already been listened to more than 1 million times and is close to eclipsing the tech billionaire’s debut track “RIP Harambe.” That rap song, which Musk dedicated to the gorilla that was killed at Cincinnati Zoo in 2016, has had 2.67 million listens since it was released last year. God bless, Internet.

Of course, if we were Elon, we probably wouldn’t be doubting our vibe, either. Earlier this week, Tesla’s stock prices surged so high that the automaker reached a valuation of $100 billion—making it the first publicly traded US carmaker to surpass that high mark.

You can listen to “Don’t Doubt ur Vibe” below: