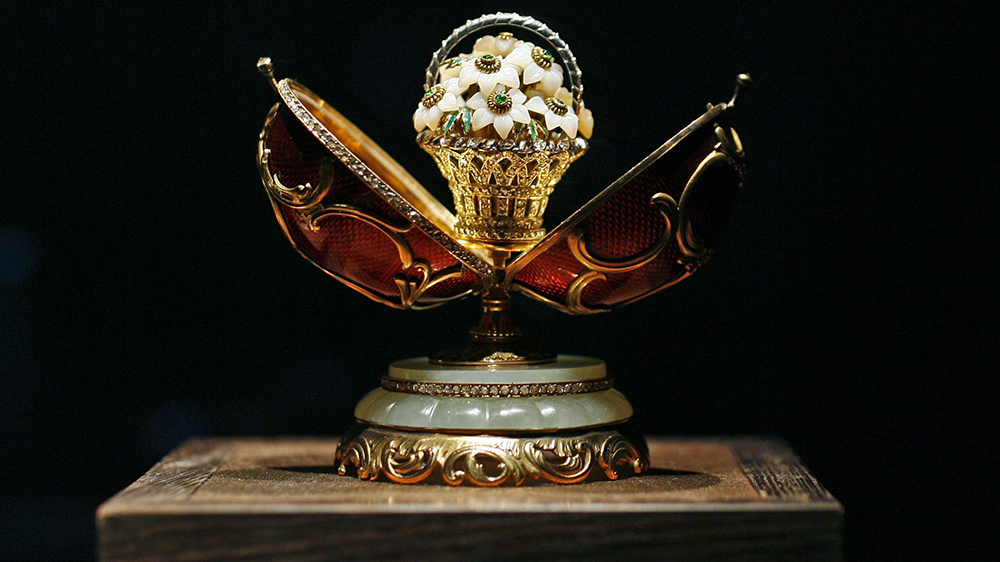 It appears one bad egg was toting another very valuable egg.

The US Department of Justice has discovered what is believed to be a Fabergé egg aboard a sanctioned Russian oligarch’s superyacht, according to Bloomberg.

US deputy attorney general Lisa Monaco told attendees at the Aspen Security Forum on Wednesday that it was one of the more “interesting” finds her team has made during sanctions-led investigations.

The alleged egg was found aboard a multimillion-dollar vessel that was recently seized in Fiji. Monaco did not disclose exactly which superyacht it was but did say it was currently docked in San Diego Bay.

While the justice department did not immediately respond to Robb Report’s request for a comment regarding the name of the vessel, all signs point to the $325 million Amadea. The 350-foot Lürssen megayacht, reportedly owned by sanctioned Russian tycoon Suleiman Kerimov, was sailed by US law enforcement officials from Fiji to San Diego in late June after a lengthy legal battle regarding the yacht’s ownership.

The $325 million superyacht “Amadea” as it arrived in San Diego Bay on Monday, June 27.  Gregory Bull/AP

Kerimov, who has close ties to Russian President Vladimir Putin, could be one of the handful of private Fabergé egg owners not publicly listed. For the unversed, Fabergé eggs were handcrafted by the House of Fabergé from 1885 to 1917 for members of the Russian royal family and other elite individuals. Of the 69 or so produced, it is estimated only 57 are still in existence. The coveted gem-encrusted rarities are now icons of luxury valued in the tens of millions of dollars. (The one pictured above is the Spring Flowers Egg from the year 1899.)

The egg is just one of many assets seized as part of the justice department’s “KleptoCapture” initiative targeting sanctioned Russians. The multinational task force REPO (Russian Elites, Proxies and Oligarchs) has also confiscated billions worth of assets since March, as reported by the Guardian.

“We’re working with our law enforcement counterparts around the world to conduct searches on these yachts to make sure we have the authority and can go to a court, seize them and then forfeit the proceeds,” Monaco said.

She added that the proceeds could potentially be funneled back into the Ukraine, and authority to do so had been requested from Congress.