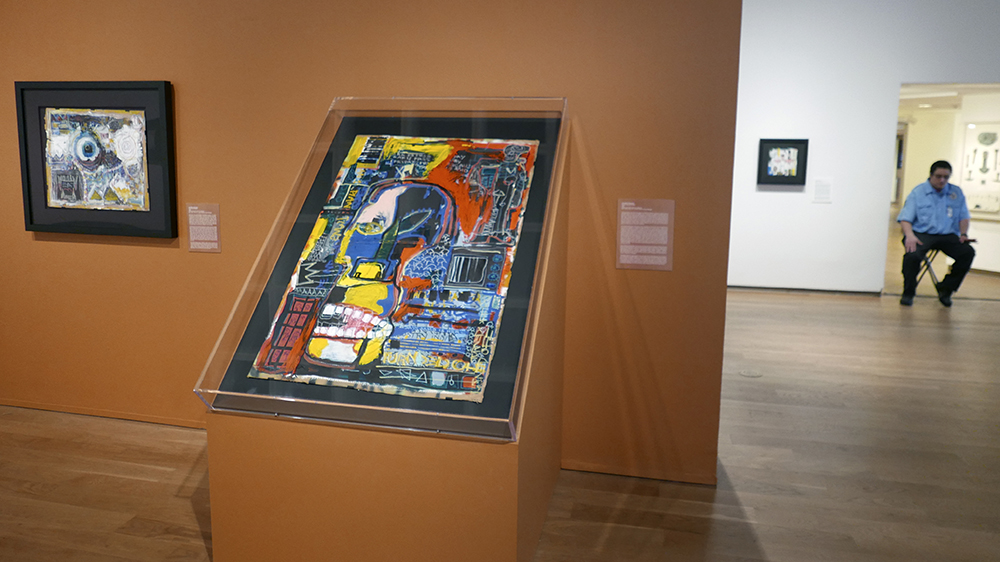 In what might be every museum’s nightmare, a whole exhibition of supposed Jean-Michel Basquiat artworks was seized by the FBI on Friday for potentially being fake.

The 25 works, part of the Orlando Museum of Art’s “Heroes & Monsters” exhibition, were seized after their authenticity was called into question, according to reporting in The New York Times. In documents reviewed by the newspaper, the FBI said its investigation had revealed “false information related to the alleged prior ownership of the paintings” and “attempts to sell the paintings using false provenance, and bank records show possible solicitation of investment in artwork that is not authentic.”

In an email, a spokesperson for the museum told the Times that it was cooperating with the FBI: “It is important to note that we still have not been led to believe the museum has been or is the subject of any investigation. We continue to see our involvement purely as a fact witness.”

The paintings on view in Florida were said to have been discovered in a Los Angeles storage unit in 2012, but their authenticity has been in doubt for a while now. The owner of the storage unit was interviewed by the FBI in 2014 and said that he had never purchased Basquiat art and that he was unaware of any Basquiats being in his storage unit. Additionally, one of the works made using cardboard box features a typeface used only after Basquiat’s death.

The owners of the collection and the Orlando Museum of Art’s director stand by the works’ authenticity. (They did not respond to Times’ request for comment.) They maintain that Basquiat painted the pieces in late 1982, when he was living and working in a studio under the LA home of the art dealer Larry Gagosian. Gagosian himself has said that he finds the whole story of the recovered artworks “highly unlikely,” according to the Times.

If real, the Basquiat collection would be worth about $100 million, according to Putnam Fine Art and Antique Appraisals, which assessed the artworks for the owners. But the FBI is now investigating the pieces in relation to both conspiracy and wire fraud. The sale of art known to be fake is a federal crime.